In California schools, it would seem that Jesus is out, but worshiping human-sacrifice-requiring Aztec deities may soon be in.

In a 1996 book I wrote with D. James Kennedy, The Gates of Hell Shall Not Prevail, which dealt with today’s anti-Christian bias, we noted the following: “San Jose, California. City officials built a statue of the Aztec god, Quetzalcoatl, costing taxpayers half a million dollars. The mayor says the Aztec religion possessed ‘those elements that seek to elevate the human consciousness to a higher plane.’”

After observing the story, we offered this commentary, “The irony is that the Aztec religion routinely engaged in human sacrifice. Here is a statue built to honor the god of human sacrifice—the worship of whom cost the lives of hundreds of thousands of human beings. Yet the same city ruled that there is no room for a manger with baby Jesus in it. Jesus, whose teachings and followers have banished human sacrifice from every corner of this world, is out. A god demanding human sacrifice is in.” 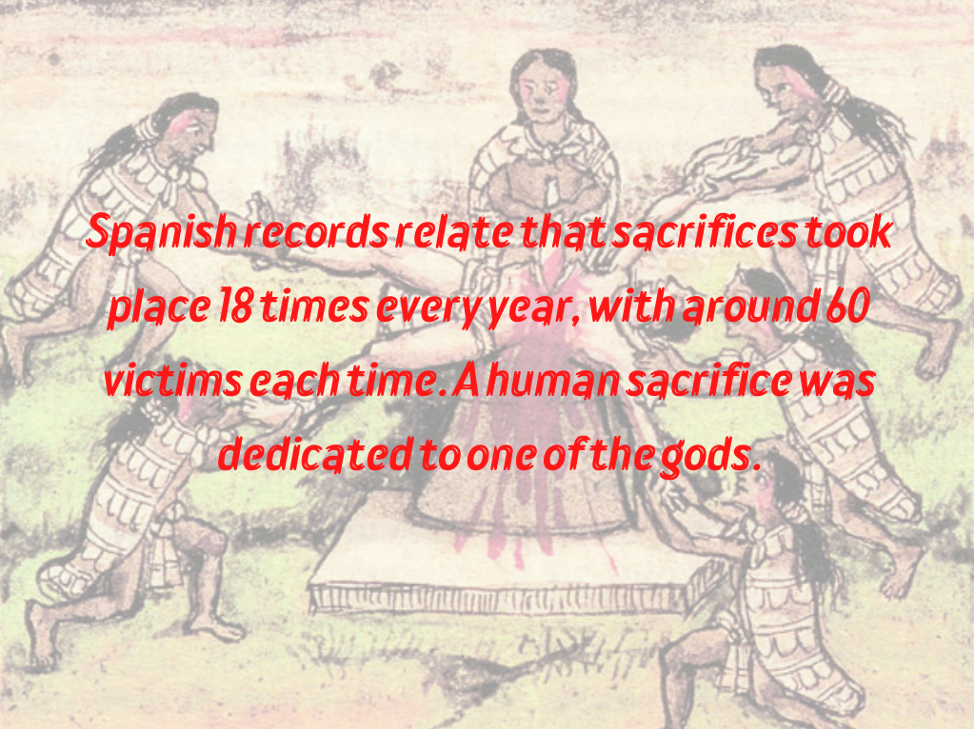 Here we are a quarter of a century later, and now comes a story out of California about a proposed plan to promote such teaching, accompanied by ritual Aztec chanting, in the public schools there. Once the teachers’ union says the schools can open, of course.

Writing for the city-journal.com, Christopher F. Rufo notes: “Next week, the California Department of Education will vote on a new statewide ethnic studies curriculum that advocates for the ‘decolonization’ of American society and elevates Aztec religious symbolism—all in the service of a left-wing political ideology.”

If this passes, it could impact “10,000 public schools serving a total of 6 million students.” Rufo notes that this curriculum was developed by a Marxist and is part of the “pedagogy of the oppressed.”

The chanting, of course, means that the children would be involved in not just learning about the deities, but in actually worshiping them.

A biblical worldview is an essential part of thinking properly about God and His creation. Thanks in part to the Enlightenment and its long-lasting effects of modern thinking, we often think like humanists rather than like faithful stewards of God's truth. In order for Christians to be effective in the culture, they need to understand what it means to think God's thoughts after Him. Or as Cornelius Van Til succinctly stated it: ‘God is the original while man is the derivative. Man’s thoughts must therefore be patterned after God’s thoughts.’

Rufo opines, “The chants have a clear implication: the displacement of the Christian god [sic], which is said to be an extension of white supremacist oppression, and the restoration of the indigenous gods to their rightful place in the social justice cosmology. It is, in a philosophical sense, a revenge of the gods.”

In the name of “the separation of church and state”—words not found in our Constitution—any remnant of our nation’s Judeo-Christian tradition seems to find no place in our public schools. But chanting to pagan deities is fine with the left.

The first Congress under the Constitution wrote the First Amendment in 1791. And the first liberty they guaranteed—before freedom of speech, of the press, or of assembly—was the freedom of religion. They wanted to make sure there would be no national church at the federal level, forcing people of other denominations to conform. They also wanted to make sure the government would not restrict the free exercise of religion.

The First Amendment later was twisted to mean we should have a strict “separation of church and state”—not allowing any reference to God in the public arena.

That same Congress that gave us the First Amendment passed a law called The Northwest Ordinance, spelling out an expectation for territories that became future states, saying, “Religion, morality, and knowledge, being necessary for good government and the happiness of mankind, schools and the means of education shall forever be encouraged.”

Note the priority of the Congress as to schools. Teach them about God, morality, knowledge.

How different is the anti-Christian curriculum proposed in California?

Those Aztec deities demanded violence. Robert Ripley of “Believe It or Not” fame writes about a carved circular stone found in the National Museum in Mexico City, where the human victims were slaughtered in Aztec worship: “The prisoners, who for several years had been held in reserve for this festival, were ranged in files forming a procession nearly two miles long. This long line slowly walked to their death marking time to the shrieks of the dying as they were bent naked on this stone and their hearts torn from their bodies. It required four days to finish the slaughter.” (Wonder Book of Facts, 1957).

In contrast, Jesus—who said, “Do unto others as you would have them do unto you”—offered Himself as the sacrificial “Lamb of God who takes away the sins of the world.” But today, California educators apparently prefer pagan deities that demand human sacrifice for worship. Since the recognition of God has been expelled in our public schools, too many of our learning centers have become secular wastelands. In California, it could get even worse.

Jerry Newcombe, D.Min., is the executive director of the Providence Forum, an outreach of D. James Kennedy Ministries, where Jerry also serves as the senior producer and an on-air host. He has written/co-written 33 books, including George Washington’s Sacred Fire (with Providence Forum founder Peter Lillback, Ph.D.) and What If Jesus Had Never Been Born? (with D. James Kennedy, Ph.D.). www.djkm.org​ @newcombejerry www.jerrynewcombe.com