The Internet is filled with claims that modern-day Russia is the rosh of Ezekiel 38 and 39. Those who believe this rarely read the chapters in terms of the time the prophecy was revealed to Ezekiel, the weapons used in battle, and parallels to other parts of Scripture. There’s a much simpler solution.

With so much prophetic material, it seems difﬁcult to argue that an expert is needed to understand such a large portion of the Bible. If God’s Word is a ‘lamp to our feet and a light to our path’ (Psalm 119:105), how do we explain that not a lot of light has been shed on God’s prophetic Word and with so little accuracy? A Beginner’s Guide to Interpreting Bible Prophecy has been designed to help Christians of all ages and levels of experience to study Bible prophecy with confidence.

John MacArthur states that “Gog came to be used as a general title for an enemy of God’s people. ‘Gog’ most likely carries the idea ‘high’ or ‘supreme one,’ based on the comparison in Nu 24:7. It refers to a person, described as a ‘prince’ from the land of Magog, who is the final Antichrist.” The biblical definition of antichrist does not fit this interpretation. Mary Fairchild offers her perspective on “antichrist”:

The name “Antichrist” is only found in 1 John 2:18, 2:22, 4:3, and 2 John 7. The Apostle John was the only Bible writer to use the name Antichrist. Studying these verses, we learn that many antichrists (false teachers) will appear between the time of Christ’s first and Second Coming, but there will be one great Antichrist who will rise to power during the end times, or “last hour,” as 1 John phrases it.

She gets some things right but some big things wrong. John told his first readers that “it is the last hour” (1 John 2:18). “Last hour” does not mean thousands of years. According to John, “even now many antichrists have arisen.” The “now” was in his day. We know this is true because of what we read in 1 John 2:19:

They went out from us, but they were not really of us; for if they had been of us, they would have remained with us; but they went out, so that it would be evident that they all are not of us.

John was not describing some far distant event. These antichrists were alive in his day. They were most likely the Judaizers who initially were part of the Christian fellowship but later returned to Old Covenant Judaism (Rev. 2:9; 3:9). John also wrote, “many false prophets have gone out into the world” (1 John 4:1). Peter writes, “But false prophets also arose among the people, just as there will also be false teachers among you, who will secretly introduce destructive heresies, even denying the Master who bought them, bringing swift destruction on themselves” (2 Pet. 2:1; Acts 20:29–30).

The Gog and Magog End-Time Alliance

Jet planes … missiles … and atomic weapons. You will search in vain in Ezekiel 38 and 39, and you will not find them. You will, however, find horses, bows and arrows, shields, clubs, and chariots. If the Gog and Magog prophecy was written for a time more than 2500 years in the future from Ezekiel’s day, why didn’t God describe the battle in terms that we could relate to and understand? Why confuse Ezekiel’s first readers and us?

The future antichrist doctrine is not constructed from the actual antichrist texts but from bits and pieces found elsewhere in the Bible that does not follow John’s definition: 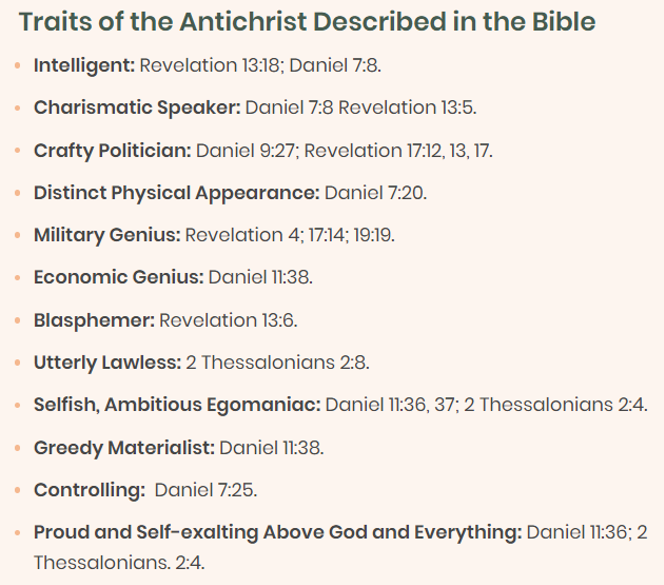 The biblical and extrabiblical data, though sparse, would imply that Meshech and Tubal refer to geographical areas or countries in eastern modern Turkey, southwest of Russia and northwest of Iran. Edwin Yamauchi, a very noteworthy Bible scholar, believes that there is no connection between the word Rosh and the word “Russia.” He notes that it would be anachronistic to equate Rosh and “Russia” since the word “Russia” comes from the word Rus, which was not even brought into the region of Russia until the Middle Ages by the Vikings.

The accentual system and syntactical construction of the Hebrew language strongly indicate an appositional relationship between the words “prince” and “chief.” Both terms are related equally, then, to the geographical words Meshech and Tubal. Grammatically, it would seem best to render the phrase, “the prince, the chief, of Meshech and Tubal.”

What we are seeing today by prophecy speculators about the meaning of rosh and the identity of Meshech and Tubal has a long history of misidentification as Edwin Yamauchi shows:

These groundless identifications have unfortunately gained widespread currency in the evangelical world through many channels: the first and the second editions of the Scofield Reference Bible (see notes on Gen. 10:2 and Ezek. 38:2); the phenomenally popular book by Hal Lindsey and C. C. Carlson, The Late Great Planet Earth (Grand Rapids: Zondervan, 1970), pp. 63–65 and passim; and the lectures of Campus Crusade evangelist Josh McDowell on numerous college campuses.

The perpetuation of such identifications based on superficial similarities is completely untenable in the light of the clear evidence of cuneiform texts which locate Mushku (= Biblical Meshech) and Tabal (= Biblical Tubal) in central and eastern Anatolia.

There is a long history of misinterpretation of Ezekiel 38 and 39 going back centuries. The following is from An Exposition of the Prophet Ezekiel by William Greenhill (1591–1671). Greenhill was an English Puritan and member of the Westminster Assembly. His extended comments show the diversity of opinion on Ezekiel 38 and 39 over the centuries. There is a common feature among most of them: they try to find a solution outside the Bible.

“Son of man. Set thy face against Gog.” There are a great variety of opinions concerning Gog and Magog. The Jews affirm them to be the Seythians, which live near Caucuses and the Caspian mountains: some understand by them the Roman emperors and empire: some, the pope: some, the Turks and Saracens: some, the Goths: some, heretics: some, all the persecutors of the church: others, antichrist: some interpreters understand the affliction of the Jewish nation, by the successors of Alexander, which possessed Asia Minor and Syria. Junius hath laboured to give light here, and tells us, that Gog is the name of a nation, derived from Gyges, or Gog, the servant of Candaules, king of Lydia, whom he killed and married his queen, namely the land Gygaea., or Gog’s land, which, sayeth he, is Asia and the Less, and Syria, where was a city called Gog’s City: these nations should infest the Jews, which were held by Antiochus, Seleucus, Demetrius, and Nieanor. Bibliander and Bullinger interpret this prophecy literally of Alexander and his successors, especially of Antiochus Epiphanes, King of Syria, who, as you find in the Maccabees, did greatly afflict the Jews; and specially of antichrist and his members.

A Lapide, denies this prophecy to concern Alexander, the Kings of Syria and Egypt, because the Jews never conquered them, though they had some notable victories over them; and had they had such a destruction as is spoken of in the end of this chapter, Josephus, who was an exact observer of Jewish affairs, would have mentioned it. Neither did Josephus Gerionides speak anything thereof, who wrote the history of Gog. Sanctius leans to that opinion, which conceives Gog to be Antiochus, in whom antichrist was prefigured, and the great troubles of the church by him; so do many expositors: yet, Maldonate and Vatablus think this prophecy not fulfilled; of which mind are divers [many] who write up on the 20th of the Revelation, where John, in the 8th and 9th verses, alludes to this prophecy. By “Gog” here, understand, the name of a man, not of a province; for he said to be a “prince,” verse 3; to come “out of the north,” ver. 14; and he with his multitude, shall be buried in “the valley of Hamon-Gog,” chapter xxxix.11: these things cannot be spoken of a province, but of a person. The prophet must set his face against him; that is, he must prophecy constantly and firmly against him…. “The chief prince of Meshech.” In Hebrew it is, prince of the head; that is, principal head, or chief prince.

Then Haman said to King Ahasuerus, “There is a certain people scattered and dispersed among the peoples in all the provinces of your kingdom; their laws are different from those of all other people and they do not comply with the king’s laws, so it is not in the king’s interest to let them remain. If it is pleasing to the king, let it be decreed that they be eliminated, and I will pay ten thousand talents of silver into the hands of those who carry out the king’s business, to put into the king’s treasuries.” Then the king took his signet ring from his hand and gave it to Haman, the son of Hammedatha the Agagite, the enemy of the Jews. And the king said to Haman, “The silver is yours, and the people also, to do with them as you please.”

Where was Haman going to get the silver to pay the mercenaries and fill the king’s treasury? From the Jews he was planning to exterminate: “Have you assembled your contingent to seize plunder, to carry away silver and gold, to take away livestock and goods, to capture great spoils?” (Ezek. 38:13, compare with Ezra 1:4). Using the Bible to interpret the Bible is a better approach then trying to find an interpretive solution outside the Bible. See my book The Gog and Magog End-Time Alliance for greater detail on this topic.