When the political party supported by the Left is in power, leftists believe any criticism of their policies is like an armed insurrection. The protests by some on January 6, 2021, have been depicted as a full-scale revolution designed to take over the existing government while numerous violent protests, burned buildings, and dead police officers across the United States in the past two years have been depicted as “peaceful protests.”

U.S. Attorney General Merrick Garland, at the behest of the National School Boards Association, used the Department of Justice to harass parents who objected to their local school boards’ anti-parent agendas using the flimsy and unsubstantiated claim that “acts of malice, violence, and threats against public school officials have increased.” There’s a difference between acts and voicing opinions. The Left loves to conflate the two to keep the opposition in check.

For example, an article in The Atlantic magazine claims that the use of the Roman Catholic rosary is comparable to an AR-15 “assault weapon.” Daniel Panneton makes the absurd comparison with this line: “Just as the AR-15 rifle has become a sacred object for Christian nationalists in general, the rosary has acquired a militaristic meaning for radical-traditional (or ‘rad trad’) Catholics.”[1] Compare “saying the rosary” to the numerous violent acts by those on the Left. It was a Bernie Sanders supporter who tried to kill Republican Congressmen at the 2017 Congressional Baseball Game for Charity in Alexandria, Virginia. The shooter, James Hodgkinson, was a left-wing political activist. There were numerous injuries with those of Republican Congressman Steve Scalise being the most serious.

Kentucky Senator Rand Paul was attacked by his neighbor because of Paul’s political views. Paul suffered broken ribs and other injuries. In 2020, Paul and his wife were attacked by an angry mob of more than 100 one block from the White House. “I truly believe this with every fiber of my being: Had they gotten at us, they would have gotten us to the ground,” he said. “We might not have been killed, might just have been injured by being kicked in the head, or kicked in the stomach until we were senseless. You’ve seen the pictures.” Conservatives have been verbally attacked in restaurants.

From the Senate floor, Senate Minority Leader Chuck Schumer (D-NY) said that Brett Kavanaugh and Neil Gorsuch would “pay the price” if they voted to restrict abortion rights. He later apologized but the not-so-veiled threat had done its damage.

In addition to the rosary and things people say, the Revolutionary War-era Gadsden Flag is said to be a symbol of violence for Trump supporters, especially for those questioning the official results of the 2020 election. The flag is adorned with a coiled rattlesnake with 13 rattles ready to strike and sports the motto “Don’t Tread on Me.” Benjamin Franklin helped Christopher Gadsden design the rattlesnake symbol used on the flag. It was first used on a “Join, or Die” woodcut during the French and Indian War of 1754. 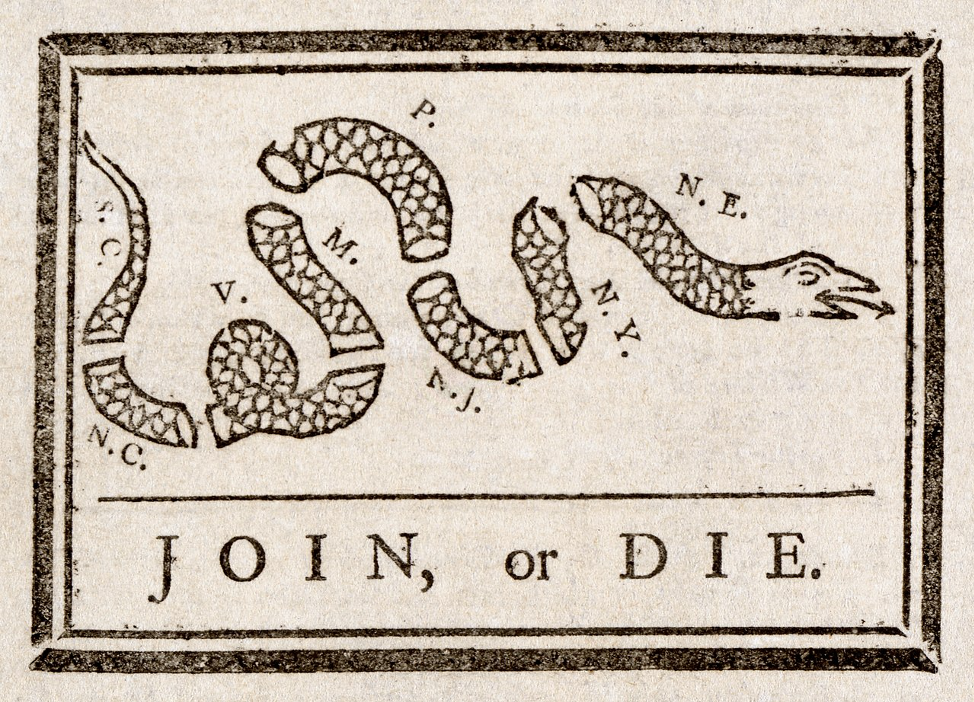 The meaning of the symbolism on the Gadsden flag was published in the Pennsylvania Journal by Benjamin Franklin under the pseudonym “American Guesser” in which “he suggested that the rattlesnake was a good symbol for the American spirit and its valuation for vigilance, assertiveness, individualism, unity, and liberty”:

there was painted a Rattle-Snake, with this modest motto under it, “Don’t tread on me.” […] she has no eye-lids. She may therefore be esteemed an emblem of vigilance. She never begins an attack, nor, when once engaged, ever surrenders […] The Rattle-Snake is solitary, and associates with her kind only when it is necessary for their preservation […] ‘Tis curious and amazing to observe how distinct and independent of each other the rattles of this animal are, and yet how firmly they are united together, so as never to be separated but by breaking them to pieces. […] The power of fascination attributed to her, by a generous construction, may be understood to mean, that those who consider the liberty and blessings which America affords, and once come over to her, never afterwards leave her, but spend their lives with her.

Several states offer a Gadsden flag license plate, the most recent one being Florida. Left-leaning Virginia is one of them along with its state motto: “Sic Semper Tyrannis” (Thus Always to Tyrants). 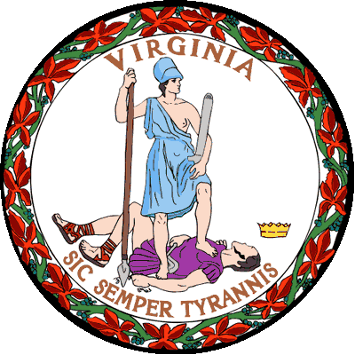 Leftists are OK with symbols of perceived violence so long as they are the ones perpetuating violence for their supposed “good causes.”

If the Gadsden flag is such a symbol of hate and violence, why isn’t there any criticism of a version of the flag with the snake and motto placed on a rainbow flag symbolizing homosexual rights? Selective outrage is the name of the game.