If you are going to debate a topic, it’s important that you define terms. So much of what our government does is based on muddied definitions of terms. You almost never hear the words “abortion” and “homosexuality” by advocates of these practices. They choose terms to obscure what really takes during an abortion and what kind of sex homosexuals engage in. To mask what is really going on, they lead with terms like “pro-choice” and “gay rights.” Who can be against choice and being happy?

Leftwing gender ideology falls into this category. “Because there is no actual truth behind it. Instead, its proponents rely on the self-given ability to constantly shift definitions to fit … whatever social context is currently present.” (Source)

This type of ideological masking is especially true with economics. Ask the typical person to define “inflation,” and I suspect most people will answer, “higher prices.” Dr. Gary North wrote:

Inflation: of all the dangers to the free market economy, historically and theoretically, the greatest is this one, yet it is one of those subjects that remain wrapped in mystery for the average citizen. This elusive concept must be understood if we are to return to the free market, for without a thorough comprehension of inflation’s mechanism and its dangers, we will continue to enslave ourselves to a principle of theft and destruction.

An increase in the production of gold and silver can result in higher prices, but such “changes in their supply are relatively insignificant as inflationary or deflationary devices” when compared to the massive infusion of paper and digital currency that governments pump into the economy nearly every day.

2. Natural scarcity also results in higher prices. Higher prices from scarcity are the result of market forces. Over time, price equilibrium resets the price without any need for government interference.

3. Governments are responsible for inflation today since they control the money supply.

4. Inflation is a form of theft because it devalues money that people have in their wallets or a savings account; it’s like adding water to soup or water to wine (Isa. 1:21–23).

5. Inflation is an invisible tax.

6. “In the private realm, with the notable exception of banking, counterfeiting is prosecuted by the government because it is theft. but in the public sphere, it is accepted as a miracle of enlightened statesmanship.” 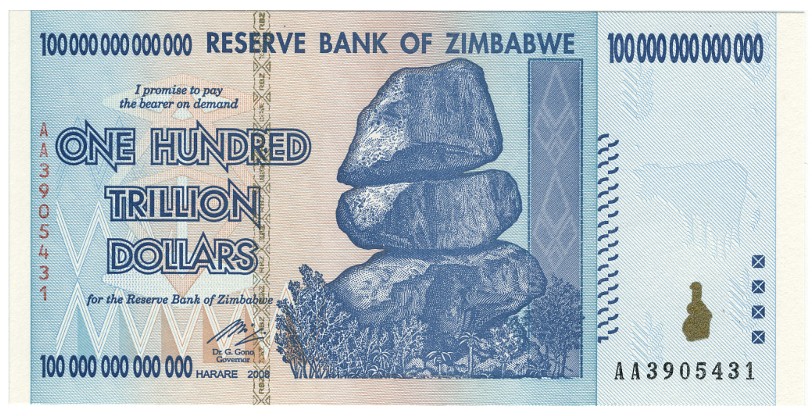 B. The sixth commandment states without equivocation, “You shall not steal” (Ex. 20:15). Notice that it does not say that civil governments are exempt or civil governments can steal if the majority of people vote to steal from some people so it can be given to other people.

1. Assumes the validity of property rights.

3. Those not associated with the crime are not taxed to punish the thief.

4. If a person is not able to pay restitution, then indentured servitude is a lawful option. Even the Constitution does not prohibit this method with the passage of the Thirteenth Amendment: “Section 1. Neither slavery nor involuntary servitude, except as a punishment for crime whereof the party shall have been duly convicted, shall exist within the United States, or any place subject to their jurisdiction.”

5. Property is protected by law: “Iron pins are a common and useful means of identifying property corners and they and other similar monuments serve a useful purpose. The installation and maintenance of permanent monuments identifying land corners even preserves the good order of society itself. From earliest times the law not only authorized but protected landmarks. Interference with landmarks of another was a violation of the Mosaic law. See Deuteronomy 19:14; 27:17; Job 24:2; Proverbs 22:28; 23:10. (256 Ga. 54, International Paper Realty Company v. Bethune. No. 43092. Supreme Court of Georgia, June 10, 1986).”

C. Civil governors are bound by the same commandments.

1. The case of Naboth’s vineyard is a good example (1 Kings 21). Ahab king of Samaria wanted Naboth’s vineyard for a vegetable garden. The king was willing to buy it. “If you like,” he said to Naboth, “I will give you the price of it in money” (1 Kings 21:2). Ahab even offered to give Naboth another vineyard in its place. Naboth rejected the offers, so Ahab and Jezebel conspired to charge Naboth with a capital crime. He was executed, and Ahab took possession of the property.

2. The Bible emphasizes hard currency—gold and silver. Gold is in Eden, “and the gold of that land is good” (Gen. 2:12).

3. The Bible considers inflation to be a violation of the law: “Your silver has become dross, your drink diluted with water” (Isa. 11:22). (see below on coinage and “paper currency”[1])

4. Money is something that can’t be counterfeited, debased, or created ex nihilo, “out of nothing.”

6. A tax of ten percent is a sign of tyranny. In his pamphlet Common Sense Thomas Paine used 1 Samuel 8, along with Judges 8, in his defense to separate from England.

2. When a government issues fiat money (paper) not backed by a commodity like gold and/or silver, the limiting commodity (gold and silver) is “driven out,” that is, people hoard the good money because they perceive it to be more valuable.

3. For example, silver coins were widely circulated in Canada (until 1968) and in the United States (until 1965 and 1971). The two governments debased their coins by switching to cheaper metals as the market value of silver rose above that of the face value. The silver coins disappeared from circulation as citizens retained them in anticipation of a rise in value in the future.

a. Dimes and quarters stopped being minted in 1964.

b. The Kennedy half dollar was struck in 90% silver in 1964. The following year, this was changed to silver-clad, with the silver content lowered to 40%. In 1971, the circulation coinage composition was changed a final time, eliminating the silver, and using the copper-nickel clad standard common to the dollar, quarter, and dime.

c. There is no silver in any circulating United States coin.

a. “Paper money” (a blend of cotton fibers) was used to represent held gold or silver.

b. Silver and gold certificates: “One Hundred Dollars in gold coin payable to the bearer on demand.”

c. Federal Reserve Notes depend on trust, trust that other people will accept them as money.

Conclusion: “Either we destroy the fraud of unbacked paper currency and unbacked bank credit, or the fraud will destroy us — morally, economically, politically, and spiritually…. The savior state always becomes the inflating state. It promises more healing than it can deliver. It taxes. Then it inflates. Then it defaults. Its default creates hard times for court prophets.” — Dr. Gary North After two and a quarter centuries, Witherspoon’s warnings have been all but forgotten. But now, this newly typeset edition renews the call to ethics and honesty in economics. With the vital education Witherspoon offers, we can regain the knowledge—and hopefully the urgency—to restore honest money and finance.