Professor Richard Gaffin said: “The church wins by losing.” In a similar vein, John MacArthur said, “We lose down here.” What is the result of such thinking? What would have become of our world if the early Christians had acted on the theme of losing? Some recent history might help:

About 3,000 of the approximately 18,000 Protestant pastors in Germany in the 1930s openly supported Adolf Hitler, and about the same number ended up opposing his tyrannical rule.

But it was the vast majority of ministers, about 12,000, who chose to remain silent — arguing it wasn’t their place to engage in politics — who enabled the Nazis to “crush the heroic 3,000” who stood up against the dictator, points out Eric Metaxas in his new book “Letter to the American Church.”

In an interview with James Robison, Eric Metaxas said the pastors decided, “We won’t take a position. We don’t want to be political. We’ll just keep our nose down, preach our little stuff on Sunday morning, and when we leave this building, we’re going to bow to the authority of the state.” Because that’s what losing is all about.

The Internet has been all abuzz with articles condemning a brand of Christian activism called “Dominionism” that I believe has been rebranded by the Left as “Christian Nationalism” to make it sound like National Socialism. You know, Nazism! Christians involved in the Dominion process is a threat to Leftist Dominionism. If you can’t beat it; demonize it.

This has been going on for a long time. The late Rush Limbaugh got into the act when he discussed the conspiratorial fear of the Left on the topic of “Dominionism” during his May 2, 2005, radio show. The discussion was prompted by a series of articles that appeared in the May 2005 issue of Harper’s Magazine. It seems that anyone who believes that Christians should apply their faith-oriented worldview to bring about cultural and moral change in America and around the world is a “Dominionist.”

The way Harper’s articles explain “Dominionism” is so extreme as to be laughable, but as we know, definitions are everything. “Red Meat” journalism sells. Christian “Dominionists” are linked to Adolf Hitler and fascism. “Dominionists” want to reinstate slavery and rule by genocide.[1] Where do they get this stuff? It used to be that Christians were permitted to talk about dominion on Sunday limited to the sphere of the church, churches were ignored by the radical Dominionists on the left. Here’s an example:

These poor children are being denied the most basic of childhood’s freedoms, the right to imagine and learn. Someone should remind their parents the law of this land still requires we educate our children in qualified schools with qualified teachers. That a sound education involves free exploration of ideas and facts. That they may rant and rave against humanism and feminism and any other “ism” on Sunday, but come Monday the children belong in school.[2]

As radical as that statement was in 1986, it’s much worse. Government education has become our nation’s atheist church five days a week.

Now that Christians are actively exercising their own brand of dominion—theologically, legally, and constitutionally—leftist Dominionists are frantic. Here’s how I defined dominion in a book that Peter J. Leithart and I wrote in 1988:

The exercise of this dominion is ethical. It does not come automatically, nor is it imposed top-down by a political regime or by an army of Christians working frantically to overthrow the governments of the world. Such a concept of dominion is rather the essence of secular humanism: the religion of revolution. God’s people exercise dominion in the same way that Jesus exercised dominion—through sacrificial obedience and faithfulness to the commandments. Dominion comes through service.[3] In this capably written, courteously argued and comprehensively detailed book, authors DeMar and Leithart show us how to confront the error with the power of the truth the whole truth, and nothing but the truth. The Reduction of Christianity is a must-read for anyone desiring to be faithful to the fullness of the Christian Faith.

More Christians are beginning to believe that when civil government is doing something evil (e.g., legalizing abortion, redefining marriage and the family, gender transitioning, and genital mutilation), Christians have a duty and a right to act on their beliefs and work for change as they did to abolish the slave trade. William Wilberforce (1759-1833) wrote in his diary on October 28, 1787: “God Almighty has set before me two great objects, the suppression of the slave trade and the Reformation of society.” 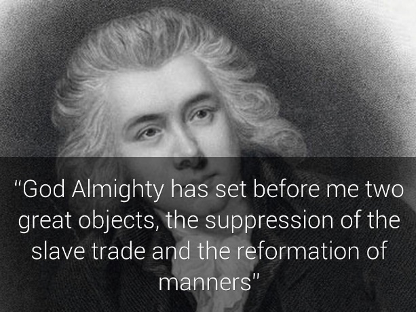 And I will add, without a civil war! This is “Dominionism” in action. Sometimes it means “having dominion over other people” if those people are doing evil. It would have meant having dominion over Adolf Hitler to stop him from going to war and attempting to wipe out the Jews and others.

Lewis H. Lapham, the editor of Harper’s Magazine where some older anti-“Dominionist” articles appear_,_ refers to a twelve-page manifesto published by the National Association of Evangelicals in March of 1985 that describes the concept of dominion based on Genesis 1:26-28.[4] Where has Mr. Lapham been?

Even Christians have gotten into the act. Consider the following from Robert M. Bowman’s article “Are Christians Supposed to Take Dominion?” that was published in 1988 in the Christian Research Journal:

A careful reading of the Bible indicates [that there is no such thing as a dominion mandate]. Simply put, the Bible never commands Christians to take dominion. A search for such a mandate proves fruitless. The Bible never even hints that this is to be the responsibility of the church between Christ’s first and second comings.

It is often claimed that the Great Commission of Matthew 28:18–20 is a directive to fulfill the “Dominion Mandate” of Genesis 1:28, in which God commanded man to subdue the earth and have dominion.

First, life for God’s image bearers did not begin with the ministry of Jesus. Why did God create us? To sit around and twiddle our thumbs? God gave us the world and its potentialities to work with.

Mr. Bowman should have informed his readers that Reconstructionists aren’t the first group to claim a “dominion mandate” based on Genesis 1:26-28. It is interesting that Henry Morris, a dispensational premillennialist, taught a similar view of dominion in his book, The Biblical Basis for Modern Science. According to Morris, the “dominion mandate” (his usage) includes science, technology, the humanities, commerce, law, civil government, and education, in short, every facet of human culture. Morris notes that:

long before [the Great Commission] another great commission was given to all men, whether saved or unsaved, merely by virtue of being men created by God in His image. It also had worldwide scope, and has never been rescinded. It had to do with implementing God’s purpose in His work of creation, just as Christ’s commission was for implementing His work of salvation and reconciliation.[5]

Morris says that the command to subdue the earth means “bringing all earth’s systems and processes into a state of optimum productivity and utility, offering the greatest glory to God and benefit to mankind.”[6] He went on to write:

The responsibility of administering capital punishment is the greatest responsibility of human government. It implicitly entails the obligation also to control those human actions which, if unchecked, could easily (and often do) lead to murder (e.g., robbery, adultery, slander, greed). The dual role of government is that of both protection and punishment—protection of the lives, property, and freedoms of its citizens, and just retribution on those citizens who deprive other citizens of life, possessions, or liberty.[7]

Dominion is an inescapable principle. Someone is always exercising dominion. If dominion is not defined and specifically limited by eternal principles, we will all suffer under its potential for evil like what we are facing today under the secular dominionists where everything is being redefined, and we are forced to accept or else. But, hey, losing is winning.

The Gospel is a message of sure and certain hope from the very beginning in the Garden of Eden to the very end in the throne room of Eternal Glory. Plowing through the often-difficult terrain of Soteriology, Eschatology, and Hermeneutics, David Chilton presents a simple and coherent vision for Gospel fruitfulness, Gospel effectiveness, and eventually, Gospel victory.

[1]For an analysis of the Harper’s Magazine articles, see Stanley Kurtz, “Dominionist Domination: The Left runs with a wild theory,” National Review Online (May 2, 2005). https://www.nationalreview.com/2005/05/dominionist-domination-stanley-kurtz/