If you are going to argue with someone, you must get down to the operating assumptions of what’s being argued. We first heard that homosexuals were born that way, just like heterosexuals are born with desires for those of the opposite sex. Now we are told that people can “identify” as any number of genders. Does this mean that identification determines validity?

Some people claim that they have certain innate desires that compel them to act in specific ways. Where do you think that could lead? While numerous scientific studies have been done to find a genetic link to gender/sexual differences, nothing has been proven. And even if there were a genetic link, it would not mean that the behavior was either normal or moral. “By what standard?” remains the operating question.

There are males and females. People who engage in same-sex sexuality do not become a new sexual category. There is no third sex. The same is true of people who identify as transgender. It’s all made up. These new categories of “gender” and sexuality are social constructs.

In 2019 there were 64 gender categories. The number keeps rising. BBC films teach children that there are “100 genders, or more.” Such statistical abuse makes a mockery of what rationalism and science were supposed to determine. As philosopher and theological Cornelius Van Til stated, rationality has become irrational since the basis for rationality has been rejected because it “rejects any form of ultimate authority and therefore must have chance as its ultimate basis” for what’s supposed to be rational. If there is no fixed basis for rationality, then rational thought is an abstraction.

The cosmos is not the source of rationality. Chance can’t do anything. A rational God is the basis for rationality. The great Christian scientist “Johann Kepler coined a phrase that became a motto that was adopted by many Christian scientists, indicating that scientific research, ideas and discovery were ‘thinking God’s thoughts after Him.'”

The starting point is the God of the Bible. The Bible begins with this foundational presupposition: ‘In the beginning God created the heavens and the earth’ (Gen. 1:1). Against All Opposition lays out the definitive apologetic model to help believers understand the biblical method of defending the Christian faith.

Are we to believe that these multiplied gender categories are based on genetics, on science? They are not. People choose to identify as one of a multitude of genders made up by people with too much time on their hands and who are out of touch with reality since they’ve rejected a biblical worldview. People can self-identify as anything. It’s their right to be confused, but it isn’t their right to use the law to force me to accept their fiction and claim that boys who identify as girls can ruin girls’ sports to push an irrational agenda that will have devastating long-term consequences for everyone. 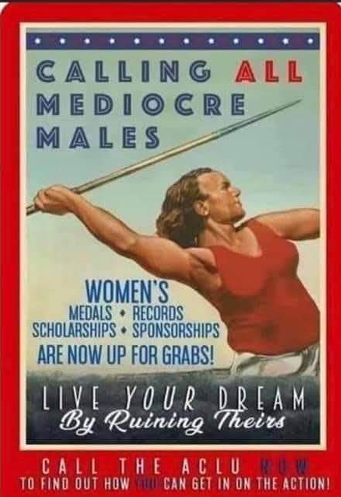 In the Broadway play and film Arsenic and Old Lace, “Teddy” believed he was Theodore Roosevelt. “Each time Teddy goes upstairs, he yells ‘Charge!’ and takes the stairs at a run, imitating Roosevelt’s famous charge up San Juan Hill.” He was humored and tolerated to a point, but no one was forced to accommodate his delusion.

In addition, just because there might be a genetic cause for certain behaviors does not mean the behavior is normal or morally acceptable. For example, consider the possibility that aggression has a genetic origin:

Some of us, it seems, were just born to be bad. Scientists say they are on the verge of pinning down genetic and biochemical abnormalities that predispose their bearers to violence. An article in the journal Science . . . carried the headline EVIDENCE FOUND FOR POSSIBLE “AGGRESSION’ GENE.” (Dennis Overbye, “Born to Raise Hell?,” Time (February 21, 1994), 76.)

Two scientists have claimed that “rape is a ‘natural, biological’ phenomenon, springing from men’s evolutionary urge to reproduce.” (Dan Vergano, “‘Natural, biological’ theory of rape creates [an] instant storm,” USA Today (January 28, 2000), 8D.) Given the operating assumptions of the materialist worldview, rape is natural. It happens in the animal world every day, and according to evolutionary dogmatism, humans are animals.

Should people who exhibit aggressive behavior and rape be accommodated because their behaviors have a biological or evolutionary cause? Of course not. But why not? Because there are moral standards that people can’t shake even if they can’t account for them. What is the source of those moral standards? Why do they apply in some cases but not others?

Pedophiles argue they were “born that way” or their brains are wired differently. How could anyone prove otherwise? Are we to accommodate people who are sexually attracted to prepubescent children? While the desire to engage in sex with children cannot be criminalized, the behavior is. Why? Is it only because the sexual act is not consensual? Would it be morally acceptable if there was consent?

In a worldview of evolutionary change by the non-existent chance, who says consent is required? Female dogs don’t consent when a male mates with her. Given the operating assumptions of materialists, there really aren’t any moral laws. If rape is part of the evolutionary process, and it was that evolutionary process that got us to this point in evolutionary time, why is rape considered to be criminal?

Even if people say they can’t change their sexual desires, it does not mean those sexual desires are morally justifiable. This is the essence of the debate. We as a nation have lost the ability to think in terms of first principles.

Rosaria Champagne Butterfield “was a tenured English professor at Syracuse University, a skeptic of all things Christianity, and in a committed lesbian relationship. Her academic specialty was Queer Theory, a postmodern form of gay and lesbian studies. Today Butterfield is a mother of four, a homemaker, and wife of a Presbyterian pastor named Kent.”

What made the difference? It came by way of a letter in response to an article she had read in a local newspaper that was written by Ken Smith, then-pastor of the Syracuse Reformed Presbyterian Church.

It was a kind and inquiring letter. Ken Smith encouraged me to explore the kind of questions I admire: How did you arrive at your interpretations? How do you know you are right? Do you believe in God? Ken didn’t argue with my article; rather, he asked me to defend the presuppositions that undergirded it. I didn’t know how to respond to it, so I threw it away.

Later that night, I fished it out of the recycling bin and put it back on my desk, where it stared at me for a week, confronting me with the worldview divide that demanded a response. As a postmodern intellectual, I operated from a historical materialist worldview, but Christianity is a supernatural worldview. Ken’s letter punctured the integrity of my research project without him knowing it.

When is the last time (or even the first time) you have heard anyone approach the subject of same-sex sexuality and transgenderism and the more than 100 other gender identifiers on the basis of the fundamental presuppositions that undergird a worldview of forced compliance of sexual abnormalities?

It’s time we stop arguing only in terms of rights, protecting children, freedom of association, carve-outs for religious institutions, and personal liberty and challenge the presuppositions that have given rise to the overthrow of a moral worldview grounded in the character of God.

Gary DeMar shows the power of biblical thinking and the desperate need for it in the church today. Thinking Straight in a Crooked World is designed to identify the bends in the road of ideas and repair them with biblical, straight thinking.