Do evolutionists have an agenda? 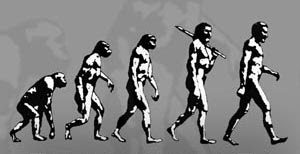 A while ago I wrote an article about the Answers in Genesis creation museum, and received a comment from someone calling herself “The Happy Feminist” who asserted that evolutionists do not have an agenda. She claimed that evolutionists are only interested in the truth, but is her claim true? I wish there was such a thing as a “Two Kingdom” evolutionist, but I’ve never run into an evolutionist who believes that we should simply keep evolution in the science theory books. Most want to spread the implications of evolution to every other field, such as the practice of law. I don’t know of any evolutionists who promote the kind of dualistic view of life to their worldview that some Christians seem to encourage for the Christian worldview. The evolutionists most definitely have an agenda for all of life and culture, and it is necessary for Christians to oppose their agenda at every level and promote God’s agenda for life, as revealed in His Word, in furtherance of the Great Commission.

I now see one of the bases of misunderstanding between people who believe in Biblical creation versus people who accept the theory of evolution. Creationists, I now see, think that evolutionists have an agenda, an agenda above and beyond the search for truth by means of the scientific method.

In response to this claim of objectivity and harmlessness, consider the following quotes by various evolutionary, humanistic leaders on a handful of significant areas of life and culture.

The Evolution Agenda for Marriage & the Family

Evolutionary, humanist leader Lawrence Casler asserted that man must evolve away from the Christian concept of marriage because “marriage and family life have been largely responsible, I suggest, for today’s prevailing neurotic climate, with its pervasive insecurity, and it is precisely this climate that makes so difficult the acceptance of a healthier way of life.” [1]

Fellow evolutionist author George Simpson explained the need for evolution away from Christian marriage and family this way:

The doctrine of cultural evolution emphasized the adaptive stages of human development, ways of social living, and forms of group existence. That is, various social forms came to be seen as selected means for carrying on the struggle for existence. Thus each family form had to be considered as valuable only relative to the adaption of the people of a particular group. Hence the western family system was not permanent and final but only one of many possible forms. [2]

As Casler further explains, from the evolutionary viewpoint, marriage and family are out-dated.

Marriage, for the most part, has outlived its usefulness and is doing more harm than good. The solution is not to make divorces more difficult to obtain, but to recognize the so-called divorce problem for what it is: a symptom of the marriage problem. [3]

So do evolutionary humanists have an agenda about marriage and family? Apparently, they do, and their agenda is that they are against it. For evolutionists, it is time for society to evolve away from marriage and the family.

The Evolution Agenda for Politics

Evolutionist Walt Anderson explained his belief that evolution “urges us to see political development itself as an advanced form of biological evolution, to look at humanity not as a cog in a vast social machine but rather as (in Julian Huxley’s phrase) evolution become conscious of itself.” [4]

How should evolutionists make their views of politcs become “conscious” of their belief in evolution? Evolutionist Timothy J. Madigan writes:

Humanism holds that the planet Earth must be considered one ecosystem, which is to say it is no longer feasible to arbitrarily divide it into separate states and hope that each one can satisfactorily manage itself. . . . Quite simply, national borders can no longer be considered sacrosanct when manipulation of the environment can easily lead to worldwide devastation. [5]

We believe, however, that it is necessary to create a global scale new democratic and plurastic institutions that protect the rights and freedoms of all people. As a first step, humankind need to establish a system of world law and to endow the World Court with enough moral force that its jurisdiction is recognized as binding by all the nation-states of the world. [6]

Do evolutionists have an agenda for politics? Apparently, they do, and it entails a one-world government and global disarmament.

The Evolution Agenda for Morality

What about ethics or morality? Do evolutionists have an agenda on those subjects? Evolutionist spokesman Paul Kurtz seemed to think so. He wrote:

If man is a product of evolution, one species among others, in a universe without purpose, then man’s option is to live for himself and to discover new areas of significance and achievement. [10]

How does that “fundamental division” play itself out? Evolutionist William Provine explains the basic premise:

No inherent moral or ethical laws exist, nor are there absolute guiding princples for human society. The universe cares nothing for us and we have no ultimate meaning in life. [12]

If there are no absolute guiding principles for human society, then how does an evolutionst think he is supposed to behave? The Humanist Manifesto II states, “We affirm that moral values derive their source from human experience. Ethics is autonomous and situational, needing no theological or ideological sanction.” [13]

Kurtz agrees, stating that evolutionists “are committed to free thought and to the view that ethical values are relative to human experience and needs.” [14] Using a specific ethical situation as an example, evolutionist Dr. Arthur E. Gravatt elaborates, “The morality or immorality of any behavior, including sexual behavior, has been put in the context of ‘situation ethics.’ In this approach moral behavior may differ from situation to situation. Behavior might be moral for one person and not another or moral at one time and not another.” [15]

The Humanist Manifesto II goes into even greater detail. “We believe that intolerant attitudes, often cultivated by orthodox religions and puritanical cultures, unduly repress sexual conduct,” it says. “The many varieties of sexual exploration should not in themselves be considered ‘evil.’ . . . individuals should be permitted to express their sexual proclivities and pursue their life-style as they desire.” [16]

Evolutionist Corliss Lamont makes another application. “Historically,” he writes, “a primary reason for the enormous importance given to genital faithfulness and unfaithfulness was the lack of reliable birth-control techniques. Now that those techniques, including abortion, are generally available, this importance has more and more diminished.” [17]

So do evolutionists have an agenda for morality? Apparently, they do. Namely, moral relativism — allowing for sexual promiscuity and abortion, among other things.

The Evolution Agenda for Truth? 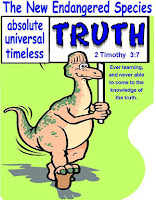 Pretending that evolutionists do not have an agenda — when they have published so much detailing their agenda on various aspects of life — comes across as absurd. Even more absurd is the contradictory idea that evolutionists are commited to the truth when they have denied any basis for the concept of truth. Why should mankind uphold truth, if there is no God who requires that we uphold truth? The very concept of truth is a Christian concept, and the evolutionist is forced to borrow from the Christian worldview in order to have any sense of stability in his life.

Man in the evolutionary, humanist religion, has in effect become god on earth. He holds the position other religions reserve for God. He makes himself, and he sets his own rules. His belief in himself or the scientific method as a standard of truth is a faith-based belief. He has no way to use even the scientific method to prove that the only realities in the world are material. The evolutionist has exchanged one faith for another.

As Romans 1:25 says, evolutionary humanists have “exchanged the truth of God for a lie, and worshiped and served the creature rather than the Creator, who is blessed forever. Amen.”