The Consequences of the Theology of the Supreme Court Nine 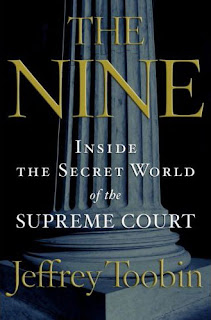 Today, the House of Representatives will vote to repeal President Obama’s health care reform — for the 31st time since it was passed — in spite of the fact it has little hope of being approved by the Senate or saved from a Presidential veto. Despite all the bluster, a 49-vote majority of Republicans in the House will not be able to accomplish what the vote of one Republican-appointed Supreme Court Justice could have done two weeks ago.

In the wake of the recent U.S. Supreme Court decision over Obamacare, and in light of the impact the coming presidential election could have on the future composition of that court, many are wisely pausing to ask, "How did we get here?" Understanding the history of what has been going on in the U.S. Supreme Court and the law schools and universities of America will empower many Christians to act dutifully in the coming days if they walk first and foremost in the fear of the Lord rather than the fear of man.

"The fear of the Lord is the beginning of wisdom," says Psalm 111:10 and Proverbs 9:10, and if we believe this, then we must believe that the fear of the Lord is the beginning of wisdom concerning law and politics, as with everything else. How you, the average voter, a Congressman, or a Supreme Court Justice views God's authority over law has tremendous repercussions for society. As Dr. R.J. Rushdoony wrote, "Where man and society are concerned, God's total government and predestination works to sanctify man and society by working from within, transforming the regenerated man and His world through the Holy Spirit. Where non-Biblical faith seeks to gain control, the result is totalitarianism. The alternative to government by God's law and Spirit working through the inner man is the totalitarian state." [1]

Totalitarianism in recent times has especially manifested itself through the worldview of Marxism and Post-Modernism, both of which are a denial of the Lordship of Jesus Christ for the lordship of man.

In his bestselling book The Nine, published a few years ago, reporter Jeffrey Toobin recognized the influence of Marxism, Neo-Marxism, and Post Modernism over legal education which has contributed to the decline in American jurisprudence. He tells about many of the behind-the-scenes discussions that led to certain pivotal court decisions over the last forty years. More importantly, he profiled the worldview-shaping backgrounds of each Justice to explain where they were coming from in the framework they each brought to the bench. The book has more to do with the momentum and direction of the Supreme Court over the second half of the twentieth century, especially the Rehnquist Court, than it did with the Roberts Court, but of course most of the Rehnquist Court is still a part of the Roberts Court. Any Christian reading it should be struck with the mercy of God in intervening to slow down the advance of Marxism and Post Modernism in American jurisprudence that happened in the 1980's.

[get_product id="166" align="right" "medium"]It was not the reversal conservatives and Christians had hoped for, particularly due to the appointments of Sandra Day O'Connor and David Souter by President Reagan and President George Bush, Sr., respectively, and to the failed attempt to appoint Judge Robert Bork. But with the appointment of Antonin Scalia and Clarence Thomas, and the promotion of William Rehnquist to the Chief Justice position, evil's advance was slowed somewhat and much of the truth given a louder voice. Probably the most revealing thing about the 1980's is how it exposed the militant purpose of those who were seeking to turn our justice system away from the presuppositionallly Christian framework it had enjoyed for well over a hundred years.

[O]n the day that Ronald Reagan defeated Jimmy Carter in 1980, Yale Law School went into mourning. On that day, Steven Calabresi’s torts professor canceled class to talk about what was happening in the country. The mood in the room was one of bewilderment and hurt. At the end, the teacher asked for a show of hands among the ninety first-year students before him. How many had voted for Carter and how many had voted for Reagan? Only Calabresi and one other student had supported the Republican.

The informal poll revealed a larger truth about law schools at the time. Most professors at these institutions were liberal, a fact that reflected changes that had taken place in the profession as a whole. The left-leaning decisions of the Warren and Burger Courts had become a reigning orthodoxy, and support among faculty for such causes as affirmative action and abortion rights was overwhelming. [2]

Toobin went on to reveal the source of this pervasive statist anarchism in legal education, and how it became even further entrenched with the embracing of new Marxist ideas.

In the 1960’s, liberal scholars at Yale and elsewhere were writing the law review articles that gave intellectual heft to the decisions of the Warren Court, but by the eighties, the failures of the Carter administration turned many traditional Democrats away from the practical realities of law to a more exotic passion—advocating (or decrying) a movement known as Critical Legal Studies. Drawing heavily on the work of thinkers like the Italian Marxist Antonio Gramsci and the French poststructuralist Jacques Derrida, CLS devotees attacked the idea that law could be a system of neutral principles, or even one that one could create a fairer and more just society. Rather, they viewed law mainly as a tool of oppression that the powerful used against the weak. [3]

This is the ideology two-to-three generations of lawyers have been seeped in from mainstream legal education. Are we so naïve as to imagine that having so many of our attorneys and judges trained to think of law as "a tool of oppression," to see it only in statist terms, or to deny overriding principles of objective interpretation, will not cause great harm to our nation, to the Church, to the furtherance of the Gospel? Are we so naïve and short-sighted as to imagine that the Bible does not speak to these things and that we should abandon them to the humanist to continue?

Once upon a time in America, Christians did understand that the Word of God applied to every area of life, and that is why Harvard University, originally started as a seminary, started its law school for the purpose of training its students in biblical thinking about law, particularly the Common Law. In his book God, Man, and Law: The Biblical Principles, Christian attorney and former law dean Herb Titus reveals what changed in America's law schools after the acceptance of Charles Darwin's theories of evolution. In the 1860's Harvard's President Charles William Elliot and Harvard's Law Professor Christopher Columbus Langdell teamed up to introduce Darwin's "scientific method" to the theory of law. "Langdell believed that law was not only a science, but a science governed by an evolutionary principle of growth." [4]

"Langdell did not merely introduce a new method of teaching law, he introduced a new faith concerning law. He believed that ma, led by the ablest scholars and judges, could discover and determine the laws governing human affairs. Because he believed that man did not need the aid of God and of the Holy Scripture, Langdell sought to eliminate both from legal education—not by default, but by design. He, along with president Eliot, had embraced the new faith that swept the academic world in the later 1800s—that Darwin's theory of evolution was the key to all of life, including the law." [5]

[get_product id="1404" align="right" "medium"]As American historian Henry Steele Commager concluded in an article from the July 1978 issue of the American Bar Association Journal: "[They] substituted the operations of the law of evolution for the laws of God." That was the point at which America's legal system began to open the doors to the modernist views of law that soon gave way to today's post-modernism and Marxism. This first generation of lawyers and politicians raised in this way of thinking was the generation who gave us the Federal Reserve, federal income tax, and many other harmful revisions of law. But as their momentum built, they soon decided that it took too much time and effort to alter the law via constitutional amendment, and by the 1940's the U.S. Supreme Court had begun to aggressively practice constitutional revisionism via judicial fiat.

In light of these facts, Christian attorneys today have to work harder than ever to think in a presuppositionally biblical way concerning law and government. Moreover, they have to work extra-hard to guard themselves from becoming assimilated into the problem by helping to create replacements for legal education and discipleship.

Even more foundationally in our society, we must be discipling our children [6] and our churches in a biblical view of law, as one component of the full discipleship of Christ. We must pray that the Holy Spirit will bless this diligence. Every Christian voter must be able to rightly interpret the Constitution from having been seeped in biblical thinking about law from day he called on Christ as Lord and Savior. "The law of the LORD is perfect, converting the soul: the testimony of the LORD is sure, making wise the simple" (Psalm 19:7). In Deuteronomy 6 God communicated the imperative of teaching the Law of God to raising godly children: "[T]hese words, which I command thee this day, shall be in thine heart: And thou shalt teach them diligently unto thy children, and shalt talk of them when thou sittest in thine house, and when thou walkest by the way, and when thou liest down, and when thou risest up" (vv. 6-7).

Dr. Rushdoony articulated it so aptly when he wrote: "The Constitution, whatever its merits, gave and gives no immunity against the sinfulness of men. The Constitution presupposes sin with its checks and balances, expressed powers, and the Bill of Rights, but it cannot alter nor eliminate the fact of sin. Where and when the churches fail in their task, no constitution and no law can prevent the destruction of freedom and order." [7]