Madonna wants to meet with Pope Francis to discuss abortion. She claims that Jesus would support a “woman’s right to choose,” that abortion does not end a human life. She needs to stick to singing and dancing. She doesn’t know what she’s talking about even if she calls herself Madonna.

“Madonna was raised Catholic and although she was later excommunicated from the church, she told Rolling Stone magazine in 2015 that she regularly uses Christian imagery because of her strong connection to Catholicism.” (Christian Prayer) This means that she is familiar with the words of the “Hail Mary” prayer and most likely said it numerous times for penance after confession. It goes like this:

Hail Mary, full of grace. The Lord is with thee. Blessed art thou amongst women, and blessed is the fruit of thy womb, Jesus. Holy Mary, Mother of God, pray for us sinners, now and at the hour of our death, Amen.

“When Elizabeth,” pregnant with John the Baptizer, “heard Mary’s greeting, the baby leaped in her womb; and Elizabeth was filled with the Holy Spirit. And she cried out with a loud voice and said, ‘Blessed are you among women, and blessed is the fruit of your womb! And how has it happened to me, that the mother of my Lord would come to me? For behold, when the sound of your greeting reached my ears, the baby leaped in my womb for joy’” (Luke 1:41-44).

See the video at the end of the article. 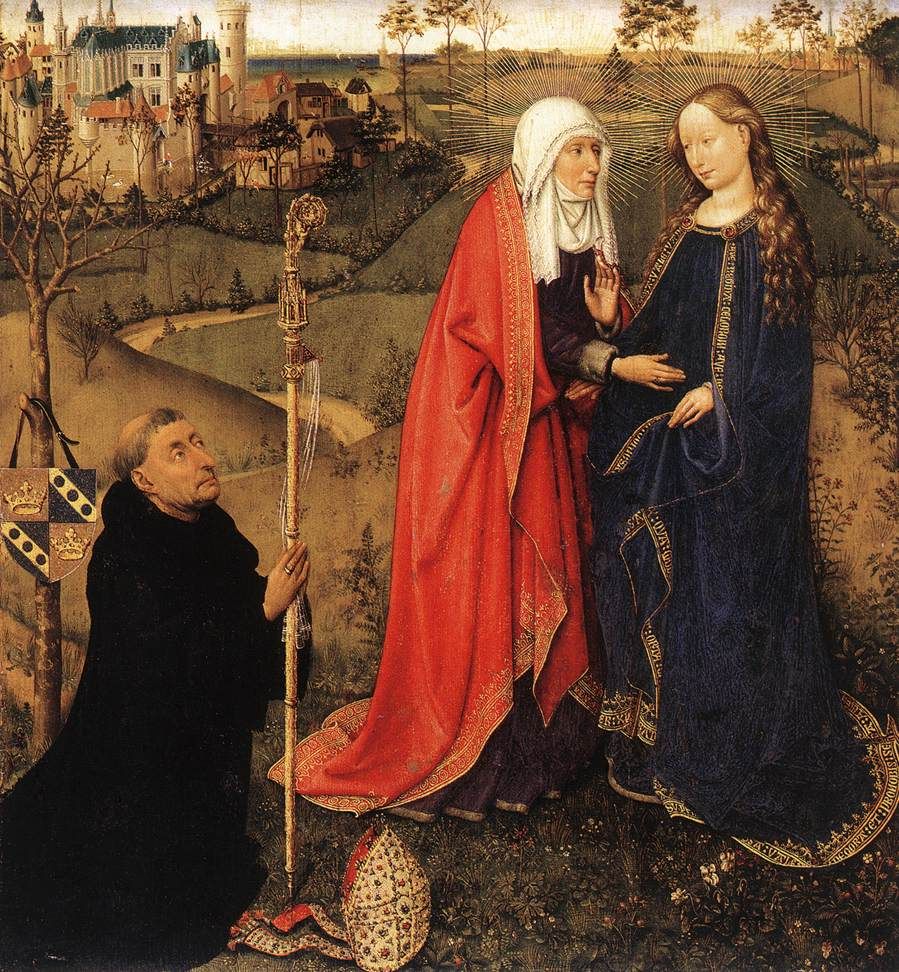 I love science. I always have. I always will. Science is a window into God’s creation. The more we learn about the created order, the more we understood that none of what we see is here by accident. William Cowper (1731–1800) was right when he wrote that “God moves in a mysterious way, His wonders to perform.” This is true in the operating room as doctors operate on babies while they are still in the sanctuary of their mother’s womb.

The story of 20-month old Lyna Gonzalez is fascinating. Madonna and other pro-abortionists should read up on the story and others like it. But they won’t, because they don’t care. They are more interested in saving puppies and kittens.

During her mother’s pregnancy, doctors discovered a benign tumor the size of a tennis ball growing on her unborn baby’s mouth. Doctors told Tammy there was little chance her daughter would survive birth – and if she did, she would require an immediate tracheotomy in order to breath and have multiple surgeries thereafter.

Dr. Ruben Quintero, a pioneer in fetal medicine, has treated many birth defects and high-risk conditions while the baby is still in the womb. Quintero and Dr. Eftichia Kontopoulos operated on Tammy’s baby in utero. Using an endoscope guided by ultrasound they performed a first of its kind surgery and removed the tumor from the fetus’ mouth.

Leyna Mykaella Gonzalez was born healthy. The only sign of the surgery is a tiny scar on her mouth. 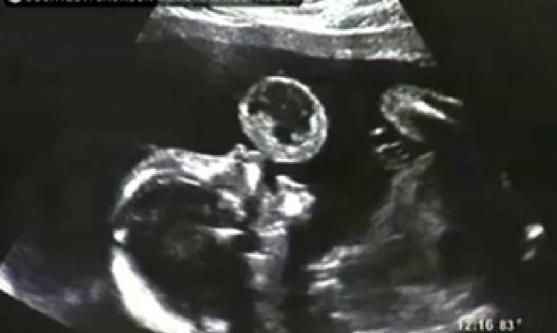 One of the scientific developments that is making it harder for secularists to take a pro-abortion position is new sonogram technology.

Approximately 10 years ago, General Electric began running an emotionally gripping TV commercial for their technologically astounding 4D Ultrasound Imaging System. As the tune “The First Time Ever I Saw Your Face” plays, the commercial begins with a close-up of the loving gaze of an expectant mother. The frame then shifts to the photo-quality image of the face of an unborn baby generated by GE’s 4D technology. As it shows the two parents staring at the image of their child, their emotional connection with this “clump of cells” is obvious and touching. The ad finishes with a shot of the parents holding their child—now a newborn baby, and a narrated voice saying “When you see your baby for the first time on the new GE 4D Ultrasound System…it really is a miracle.”

The pro-aborts hate this new technology. They can’t make the case anymore that what’s being aborted is nothing more than a mass of cellular tissue. It’s a baby.

Over the years, doctors have operated on babies in utero. You may have seen the picture of the pre-born baby’s hand grabbing a doctor’s finger as he was working to repair the baby’s spine. There’s a book about the incident: The Hand of Hope.

“In 1999, Matt Drudge hosted a Saturday night television show called Drudge on the Fox News Channel. In Nov. 1999 he attempted to show Samuel’s picture on his Fox News program but was not allowed to by the network. This led to his leaving of the show for what he claimed to be the network’s censorship. Fox News directors didn’t want to use the picture because they feared Drudge would use it to support a pro-life argument. They viewed this to be misleading because the tabloid photo dealt not with abortion, but with an emergency operation on the baby for spina bifida.” 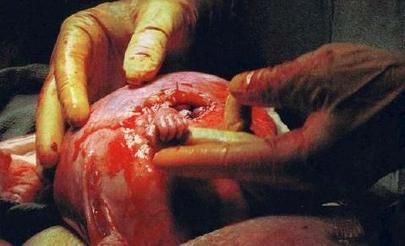 As these stories get out, and people see the pictures, there will be a change in the way look at pre-born babies and the bloody abortion business. The pro-abortionists have covered there eyes in the face of the facts and refuse to accept the obvious.