How Do Man-Made Theories Fail to Justify Morality Apart from God?

What are the various philosophies of ethics that mankind adheres to? When I was in law school, I was required to examine this question as a part of my study of Professional Responsibility for attorneys. I know what you're thinking: "Attorneys are required to study about ethics?!" Yes, it is true, and the fact that this study makes little difference on the ethical reputation of attorneys demonstrates once again what Jesus said long ago that one can "make clean the outside of the cup and of the platter, but within [be] full of extortion and excess" (Matthew 23:25). Mere education will not make a person more ethical. Becoming truly moral begins with God changing the inside through redemption. 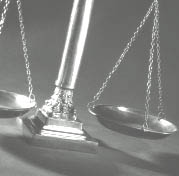 The Bible teaches us that there are ultimately only two schools of ethics: (1) God's; and (2) man's. But "as the heavens are higher than the earth, so are my ways higher than your ways, and my thoughts than your thoughts," saith the Lord. (See Isaiah 55:9.)

That being the case, however, it is helpful to be aware of the prevalent variations of man's philosophy of ethics. Below, I have adapted a book report I wrote for lawschool summarizing the ten schools of ethics observed in the world. To some of you, these descriptions may sound incredibly basic, but I think it's good for us to review the basics at times. Each of these schools of ethics are applications of many other schools of philosophy and religion, but we'll save the analysis on those for another time. Nearly all of the man-made schools of ethics described below have aspects of truth to them, but ultimately they each fall short. The final one does not because it is not man-made.

Under the “might is right” view of ethics (sometimes called "authoritarianism"), the person who has the most power is right. Usually, this is referring to political power although it has also been applied to physical, psychological, or other kinds of power. While few people profess this view, many of them practice it. However, it has multiple flaws, including: (1) a failure to distinguish between power and goodness; (2) a historical contradiction found in the examples of men like Nero, Stalin, and Hitler.

This view defines ethics as being determined by the ethnic group to which it belongs. The community says what is right. The view is justified under the idea that whatever the way things are (tradition) is the way they ought to be. However, many tragedies occur in the world such as murder, rape, and kidnapping tied to various culture's traditions, but the mere fact that these things happen does not justify their morality. The Mayans, for example, traditionally killed children and offered their hearts to pagan gods. Can we really say that the fact that this activity was deeply rooted in tradition from that culture justified it?

Individual Man Is the Measure

This view holds that each person’s will determines what is right and wrong for that person. Existentialists and pure humanistic libertarians often favor this view. The problem with it is that two different people could conceivably have totally opposite but equally valid standards of ethics under this view. Thus, even something hateful or cruel may be right if a person believes it is right. Furthermore, it is a weed for chaos as every person does what is right in his own eyes.

The Human Race Is the Basis of Right

Under this view, what mankind wills determines what is right and wrong. However, the moral beliefs of mankind change over the years, and often mankind differs among itself on morals. Multiple nations often have warred with other nations having differing views of morality.

Aristotle was one to argue that morality is found in the “golden mean.” For example, he believed that bravery is the halfway point between fear and aggression, and that pride is the halfway point between vanity and humility. The problems with this view are that sometimes the right thing to do may be the extreme thing. The first-century Christians were "extreme" when compared to the Jews or the Romans because they were challenging the status quo. There is no universal agreement among men on what is “moderate” for all subjects and time periods, and thus moderation can only be a general relative guide, not an objective one.

Right Is What Brings Pleasure

This is the utilitarian view of morality. Utilitarians believe what is good is what brings the greatest good for the greatest number in the long run. Do you detect the circular reasoning? Utilitarians also differ as to whether good should be understood in terms of quality or quantity.

Under this view, virtue is what is only desirable for its own sake. Virtue is thus an end but not a means. The weakness of this view is three-fold: First, it only states the direction of morality but fails to define it. Second, we often desire what is evil such as adultery, theft, and harm to others. Third, some things that seem good to someone are actually bad, such as suicide at a time of distress.

Under this view, if good is defined in terms of something else then that something else becomes the standard of intrinsic good. Thus, those holding to this view of ethics refuse to define moral goodness at all. Without a standard of what is good, however, we have no way to distinguish between a good act and a bad act. Also, although what is right may not be defined in terms of something “more ultimate,” that does not mean it cannot be defined at all.

Good Is God’s Will

The Christian view is that good is what God wills. It is what He sovereignly decrees to happen or what He prescribes in His Word. It is what He approves by His own holy nature. While some may call this "authoritarianism," it is not because authoritarianism occurs only when the one claiming authority is less than ultimate. God, being truly ultimate in His authority, has the right to play the role of the ultimate authority.

As Jesus  Christ said, " there is none good but one, that is, God" (Matthew 19:17). A theory of ethics is only as good as its foundation. Since man without God is not morally good, no theory resting on man can be good either. Our ethics, our morals, and our laws, must be built on the righteous foundation of God. This is one example of why we say that law, ethics, morality, and philosophy are inescapably religious in nature.