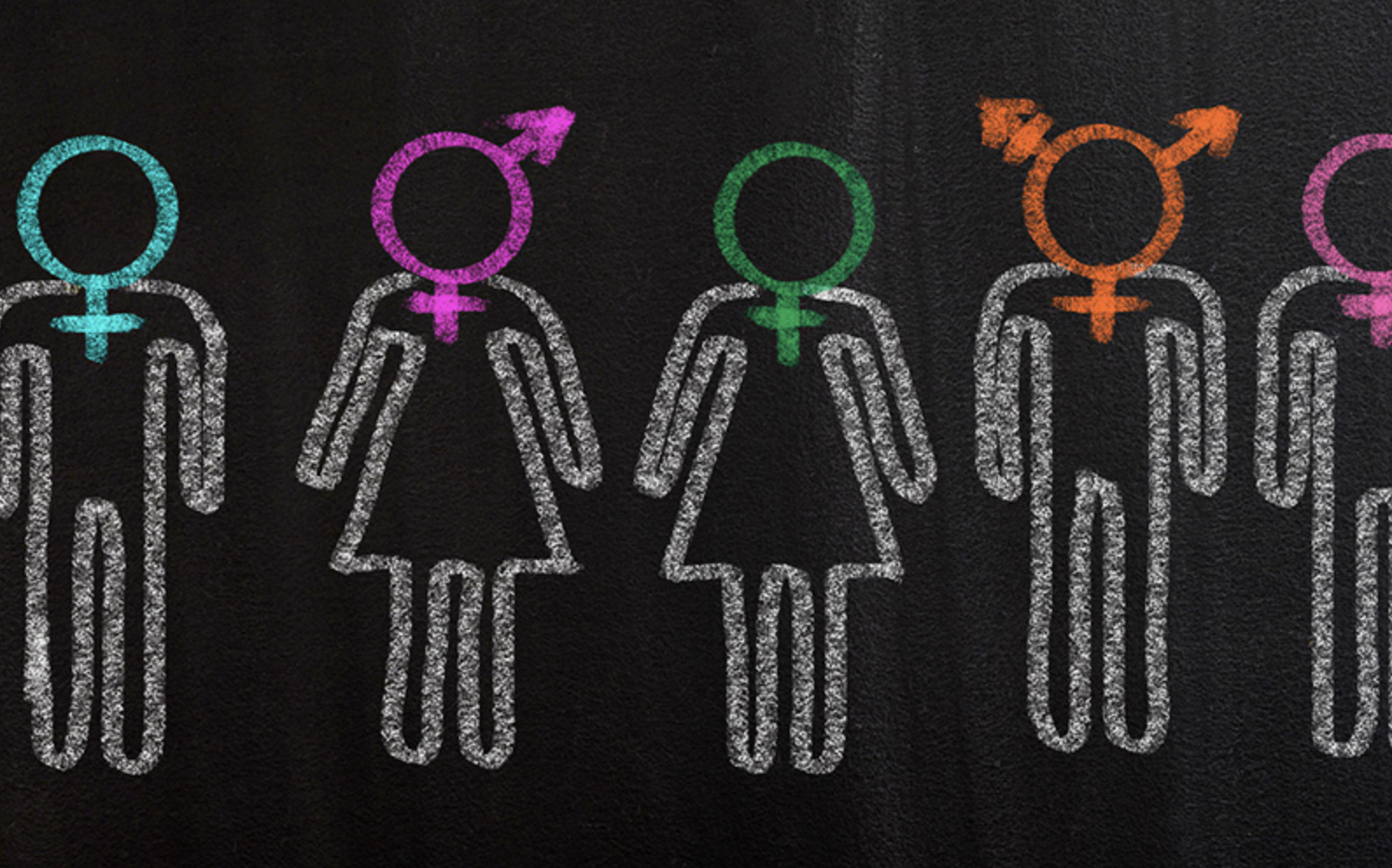 Rejecting God’s laws and their moral implications does not mean that laws and their moral implications are done away with. With the rejection of God’s commandments new commandments replace the old and a new set of sanctions that go along with them. The more things change, the more things stay the same but with new masters and a different whip. These new laws and sanctions are implemented and enforced by the State. We see this in the new commandment forced into law by the Supreme Court that states, “Thou shalt not deny homosexuals the right to marry.” It’s been left up to the states and the courts to impose sanctions. By what standard?

The following question was asked of me by a university student working on a research paper:

I understand that American Vision is fearful of LGBTQ+ citizens sharing their values with a broader audience. With regards to LGBTQ+ rights, what do you believe is the biggest threat to restoring America to its Biblical Foundation?

It’s not only about LGBT+ individuals sharing their values with a broader audience; it’s about the government and its courts codifying specific types of sexual behavior into law with no ultimate foundational standard from which to appeal for legitimacy. It all comes down to defining “sex,” “gender,” and “marriage.” Who defines these terms, and on what basis are people who engage in defined sexual acts given legitimacy because of a sex act? A person’s race or ethnicity is not a behavior. The type of sex a person engages in does not elevate that person’s legal and personhood status the way race and ethnicity do. There are only two sexes. How do we know this? Because God designed them that way—“male and female He created them” (Gen. 1:27)—and that created design is reinforced empirically by the anatomy of each sex and the ability to procreate.

Libertines and their ideological compatriots make the individual their god. Abortion, in the name of “personal freedom” and “individual choice,” is its promethean statement of personal sovereignty and god-like decision making. Homosexual journalists abhor ideological competition. In a panel featuring top news executives in 2000, Michael Bradbury, managing editor of the Seattle Gay News, asks, “We have a tendency to always seek an opposing point of view for gay and lesbian civil rights issues…. how does the mainstream press justify that?” Moderator and CBS correspondent Jeffrey Kofman added: “The argument [is]: Why do we constantly see in coverage of gay and lesbian, bisexual and transgender issues the homophobes and the fag-haters quoted in stories when, of course, we don’t do that with Jews, blacks, et cetera?” The reason is a person’s color or ethnicity are not behaviors. These homosexual “journalists” want an ideological jihad on contrary opinion concerning their “sacred” lifestyle choice.

The strategy is clear: If the media and the public they instruct can be convinced that opposing gay marriage, gay adoption, gay Boy Scout leaders and so forth, is no different from racism or anti-Semitism, those who hold such beliefs can safely be ignored. ((Rod Dreher, “Is WNBC 4 or Against Balance on Gay Issues?,” New York Post (September 14, 2000).))

Anyone who disagrees with the new sanctioned paradigm will be shouted down, forced out of long-held journalistic and educational positions, or run out of town. Many college campuses are filled with professors and procedures that denounce contrary opinions as an affront to all that’s liberally holy.

It’s not only homosexuality. The transgendered worldview is now beyond criticism. The department chain Target attempted to remove a book critical of transgenderism because of a single complaint.

“Thank you so much for bringing this to our attention. We have removed this book from our assortment,” the Target tweet said after an activist complained that Target is selling the book, authored by Abigail Shrier.

“Target.com just made my book disappear,” Shrier responded. “Does it bother anyone that Woke activists and spineless corporations now determine what Americans are allowed to read?”

The book, titled Irreversible Damage: The Transgender Craze Seducing Our Daughters, helps to explain how a wave of young girls are nudged and pushed into declaring they want to take life-altering drugs, adopt an opposite-sex identity, and undergo irreversible surgery.

It was only after the public objected to the flagrant dismissal of objective criticism that Target relented and is now carrying the book. In the future, I suspect Target will never offer anything like I__rreversible Damage: The Transgender Craze Seducing Our Daughters. The dissenters were placated for the moment to avoid more untold bad publicity. But mark my words, Target will never let it happen again. The pro-homosexual lobby will make certain of it.

Attempts to cancel the book have been going on since the book was published. For example, Amazon will not permit ads for the book while permitting ads for books “that celebrate the medical transition of teen girls who suddenly decide they’re trans.”

Those found guilty of hate speech in Norway will “face a fine or up to a year in prison for private remarks, and a maximum of three years for public comments.” Who gets to define “hate speech”? The State. The claim is being made that there’s been an “increase” in “hate speech.” Madeleine Kearns of National Review explained why:

“We’re forever hearing about this supposed rise in ‘LGBTQ+ hate crimes,’ and it’s no wonder, really—given that the definition of what constitutes a ‘hate crime’ keeps being expanded. The latest example is Norway, which has just amended its penal code, first passed in 1981, to outlaw even ‘private remarks’ that the ruling class considers offensive,” she wrote.

“LGBTQ+ ideology has been mainstreamed in every sphere of life imaginable. Still, radical gender activists will not be at rest until every private citizen repudiates biological truth and relinquishes his every doubt about their dogma.” (WND)

Homosexuality is defined by what kind of sex a person engages in and with whom. These actions do not make those who engage in sex with people of the same sex a new civil rights category any more than someone who commits adultery is given a newly defined legal status because of their chosen sexual behavior.

Transgenderism is equally spurious morally and medically. But given the fact that homo sapiens are evolved material beings with no soul or moral compass, anything goes since there is no longer a secure definition of what marks a person a male or female. If morality is fluid, then everything else is equally fluid. The only thing that is not fluid is the empowerment of the State to enforce hate speech, that is, anyone who questions the new gender norms. What the State gives it can take away. It’s been done with slaves and unborn babies. Redefinition is now the prerogative of the State enforced by law and negative sanctions.

Transgenderism is a legal and biological fiction. It is anti-science. But it’s more than this. We are back to asking by what authority are these new laws created. By what standard? Who says?

Boys are boys and girls are girls. A person identifying as one or the other does not make their beliefs a reality. Look what such nonsense is doing to women’s sports. It took a long time for women to achieve equity in sports. Now boys and men come along who “identify” as girls and women and take top spots in races and team play. It’s insane. Irrational. Immoral. Girls are afraid to say anything because they will be retaliated against, so they endure the irrationalism and unfairness.

Why can’t a 40-year-old male who identifies as a high school girl play on a girls’ basketball team and dress in the girls’ locker room? Where does the “identify as” stop? Nearly all the transgenderism in sports is a one-way street. It’s almost always boys and men who identify as girls or women.

Sexual behavior cannot be compared to the struggle of blacks to secure full civil rights. General Colin Powell, who is black, at one time did not see any relationship between homosexual rights and civil rights:

Skin color is a benign, nonbehavioral characteristic. Sexual orientation is perhaps the most profound of human behavioral characteristics. Comparison of the two is a convenient but invalid argument. ((General Colin Powell, letter to Rep. Patricia Shroeder (May 8, 1992). Cited in John W. Whitehead, Religious Apartheid: The Separation of Religion from American Public Life (Chicago, IL: Moody Press, 1994), 126.))

Powell has since changed his position. He has succumbed to the pressure.

The Bible has always been used to combat social injustice. Slavery was denounced as a violation of the moral and civil laws of God outlined in the Bible. ((George Bourne, The Book and Slavery Irreconcilable (Philadelphia, PA: J.M. Sanderson, 1816).))