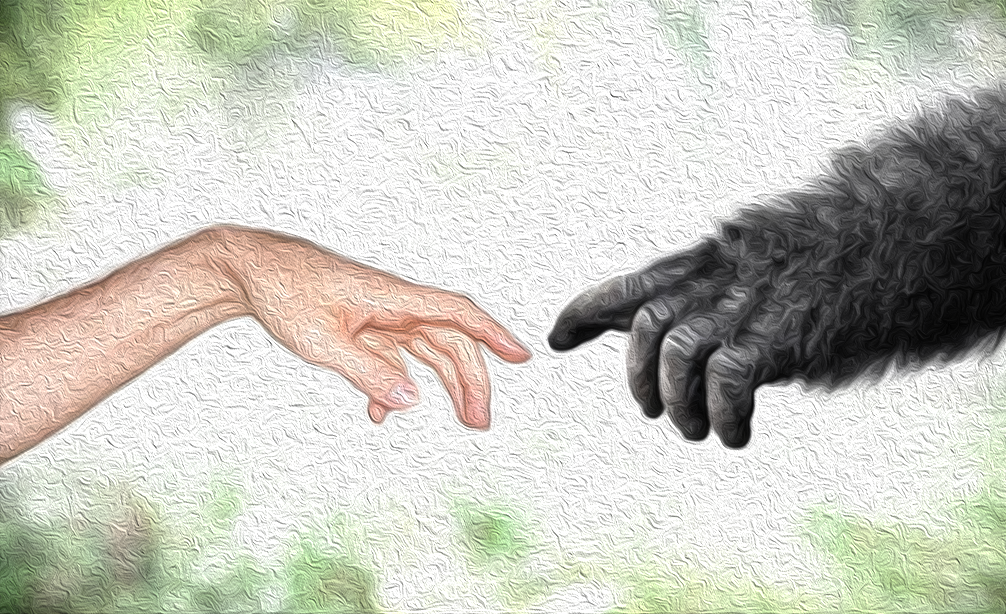 Atheism is a worldview driven by faith in a system of thought supposedly generated by a brain that evolved from a pre-biotic soup of chemicals that randomly emits electrical impulses through its gray matter no different from a build-up of electrical energy that is discharged through a lightning strike. But how can a materialist know that an evolved brain can be trusted to know anything authoritatively or claim that certain behaviors are morally right or wrong given purely materialistic assumptions? C.S. Lewis puts it this way:

If the solar system was brought about by an accidental collision, then the appearance of organic life on this planet was also an accident, and the whole evolution of Man was an accident too. If so, then all our thought processes are mere accidents—the accidental by-product of the movement of atoms. And this holds for the materialists’ and astronomers’ as well as for anyone else’s [thought processes]. But if their thoughts—i.e., of Materialism and Astronomy—are merely accidental by-products, why should we believe them to be true? I see no reason for believing that one accident would be able to give correct account of all the other accidents. ((C.S. Lewis, God in the Dock (Grand Rapids, MI: Eerdmans, 1970), 52–53.))

How can our conception of reason be trusted to account for anything given its evolutionary origin and elusive matter-based origin and functionality? Darwin understood the problem. “But then arises the doubt,” he argued, “can the mind of man, which has, as I fully believe, been developed from a mind as low as that possessed by the lowest animals, be trusted when it draws such grand conclusions? I cannot pretend to throw the least light on such abstruse problems. The mystery of the beginning of all things is insoluble by us; and I for one must be content to remain an Agnostic.” ((Francis Darwin, ed., Charles Darwin Life and Letters, 2 vols. (London: John Murray, 1887), 1:313.)) Of course, given theistic assumptions, the ability to reason and the reality of morality are accounted for in the proposition that “In the beginning God created the heavens and the earth” and “created man in His own image” (Gen. 1:1). The atheist recoils at such talk, but he actually needs this premise to account for all the tools he uses to denounce the God he claims he does not need.

An atheist is an “interloper on God’s territory. Everything he uses to construct his system has been stolen from God’s ‘construction site.’ The unbeliever is like the little girl who must climb on her father’s lap to slap his face…. [T]he unbeliever must use the world as it has been created by God to try to throw God off Hs throne.” ((John A. Fielding III, “The Brute Facts: An Introduction of the Theology and Apologetics of Cornelius Van Til,” The Christian Statesman 146:2 (March-April 2003), 30.)) C. S. Lewis put the problem of evil in perspective when he wrote the following:

“My argument against God was that the universe seemed so cruel and unjust. But how had I got this idea of just and unjust? A man does not call a line crooked unless he has some idea of a straight line. What was I comparing this universe with when I called it unjust? If the whole show was bad and senseless from A to Z, so to speak, why did I, who was supposed to be part of the show, find myself in such violent reaction against it? … Of course I could have given up my idea of justice by saying it was nothing but a private idea of my own. But if I did that, then my argument against God collapsed too–for the argument depended on saying that the world was really unjust, not simply that it did not happen to please my private fancies. Thus in the very act of trying to prove that God did not exist—in other words, that the whole of reality was senseless—I found I was forced to assume that one part of reality–namely my idea of justice—was full of sense. . . . If the whole universe has no meaning, we should never have found out that it has no meaning: just as, if there were no light in the universe and therefore no creatures with eyes, we should never know it was dark. Dark would be without meaning.” ((C. S. Lewis, “The Rival Conceptions of God,” Mere Christianity (New York: The Macmillan Co., 1956), 31.))

If evil exists, Lewis came to realize, it must be a fixed absolute outside of us and our world. “If there is real evil, then we must have a fixed standard of good by which we judge it to be evil. This absolute standard of goodness suggests a God who is himself this absolute, infinite standard.” ((Art Lindsley, True Truth: Defending Absolute Truth in a Relativistic World (Downers Grove, IL: InterVarsity, 2004), 156–157.))

Lewis saw the problem in his thinking, rejected his atheism, and came to Christ. Atheist and Yale law professor Arthur Leff asked similar questions that were published in a legal essay in the Duke Law Journal in 1979. The essay is entitled “Unspeakable Ethics, Unnatural Law.” As an atheist and a materialist, Leff understood that his worldview could not account for either good or evil. How does the atheist account for a “universal law” of behavior that they are obligate to obey? In effect, “Who says” that some thought or action is right or wrong? If there is no God, then everything—consensual or not—is permissible. Here’s how the densely argued article begins:

I want to believe—and so do you—in a complete, transcendent and immanent set of propositions about right and wrong, findable rules that authoritatively and unambiguously direct us how to live righteously. I also want to believe—and so do you—in no such thing, but rather that we are wholly free, not only to choose for ourselves what we ought to do, but to decide for ourselves, as individuals and as a species, what we ought to be. What we want, Heaven help us, is simultaneously to be perfectly ruled and perfectly free, that is, at the same time to discover the right and the good and to create it. ((Arthur Allen Leff, “Unspeakable Ethics, Unnatural Law,” Duke Law Journal (1979), 1229.))

Leff then lays out the plan for his article: “I shall try to prove to your satisfaction that there cannot be any normative system ultimately based on anything except human will.” ((Leff, “Unspeakable Ethics, Unnatural Law,” 1229.)) A full reading of the journal article and Leff’s own conclusion will show that he has not made his case for a human-will-based ethical system. If each individual is his or her own “godlet,” who decides between competing godlets? There is the “counting noses approach” where a majority determines the basis of ethical norms for the majority and minority. Maybe law should be decided by an empowered elite. Again, who says that their decisions are foundationally right any more than that of individual godlets or a nose-counted majority? The conclusion is downright depressing as Leff knew:

All I can say is this: it looks as if we are all we have. Given what we know about each other and ourselves, this is an extraordinary unappetizing prospect…. Neither reason nor love nor terror, seems to have worked to make us “good,” worse than that, there is no reason why anything should…. As things stand now, everything is up for grabs. Nevertheless:

Starving the poor is wicked.

Buying and selling each other is depraved.

Those who stood up to and died resisting Hitler, Stalin, [Idi] Amin, and Pol Pot—and General Custer too—have earned salvation.

Those who acquiesced deserve to be damned.

There is in the world such a thing as evil.

[All together now:] Sez who?