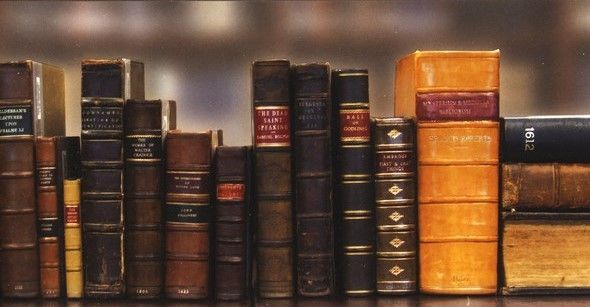 I’m generally a skeptical guy. As I’ve gotten older, I’ve become even more skeptical when I come across a story that seems too good to be true or even false. The 2020 election is a good example — everything from skewed poll numbers to reports of events that turned out to be fabricated.

I learned my early skepticism by watching classic films about real people and events that weren’t as they are depicted in most films after reading a number of biographies about inventors. See the book Past Imperfect: History According to the Movies for some examples.

It’s not that films about historical events and real people get everything wrong. They don’t. But if you want the whole truth about a person or event, you’re going to need to do some digging and still be somewhat skeptical.

American history is a good example. Millions of high school and college students have read the historical works of Howard Zinn. But how accurate is his work? You might want to try Mary Graber’s Debunking Howard Zinn: Exposing the Fake History that Turned a Generation against America.

For many years, school children were taught that the 1492 voyage of Christopher Columbus was to prove the world was round because nearly everyone believed it was flat. And who was blamed for the flat earth myth? Christians. The claim is completely false even though the claim has been in history textbooks for many years and persists today.

One of the best books debunking the flat earth myth is Inventing the Flat Earth: Columbus and Modern Historians by medieval scholar Jeffrey Russell who describes the Flat Earth theory as a fable used to impugn pre-modern civilization and creationism.

The myth that people in the Middle Ages thought the Earth is flat appears to date from the 17th century as part of the campaign by Protestants against Catholic teaching. But it gained currency in the 19th century, thanks to inaccurate histories such as John William Draper’s History of the Conflict Between Religion and Science (1874) and Andrew Dickson White’s A History of the Warfare of Science with Theology in Christendom (1896). Atheists and agnostics championed the conflict thesis for their own purposes, but historical research gradually demonstrated that Draper and White had propagated more fantasy than fact in their efforts to prove that science and religion are locked in eternal conflict.

Opening narration perpetuates the myth that people of Columbus' time thought the Earth was flat when in fact they knew it was spherical. Later, when Columbus discusses his plan with Father Perez and another friar, the friars clearly know that the world is round.

For more information on the refutation of the flat earth myth go here.

And it’s not only the flat earth myth that’s been used to impugn Christians as anti-science:

For example, White and Draper claimed that the Church attempted to ban human dissection.  This practice has been essential to understanding the human body and training doctors.  But almost all societies have forbidden it; it was not allowed in ancient Greece or Rome, nor under Islamic rule.  Dissecting corpses first started in 13th-century Italy and quickly became established in the medical schools there.  As historian Edward Grant has noted, the remarkable fact is that this happened with barely a whimper of objection from the Church, even though taboos against cutting up corpses are almost universal among human societies.  ((James Hannam, “Science Versus Christianity?” (May 18, 2010).))

Here are some examples.

If you study the early colonial charters and colonial laws, there is no doubt that the Ten Commandments and other biblical laws were foundational. But what of our national Constitution?

It seems that the founders left the subject of what the foundation of law would be should be found elsewhere, external to the Constitution. We get a hint in the Declaration of Independence for the basis of this external law when we read “the Laws of Nature and of Nature’s God.” But what did this phrase mean in the 18th century?

Some trace it to the English Jurist William Blackstone in his section on the “Nature of Laws in General” in his multi-volume Commentaries on the Laws of England where he wrote: “Upon these two foundations, the law of nature and the law of revelation, depend all human laws; that is to say, no human laws should be suffered [permitted] to contradict these.”

The law of revelation—biblical law—fell out of favor with the men of the Enlightenment. The nondescript “laws of nature” and the undefined “nature’s God” were good enough until Charles Darwin blew up the laws of nature in 1859 with his book On the Origin of Species.

It’s interesting that there are few specific moral laws found in the Constitution. There’s no prohibition against murder or theft, and yet there is a reference to the Fourth Commandment regarding the Christian Sabbath. Art. I, Sec. 7 of the Constitution stipulates that the President has 10 days to sign a law, but “Sundays" are “excepted” in the tabulation of the 10 days. The “Sundays excepted" appeared in individual state constitutions prior to the drafting of the United States Constitution.

But did James Madison say the following?:

We have staked the whole future of American Civilization, not upon the power of government, far from it. We have staked the future of all of our political institutions upon the capacity of each of us to govern ourselves, to control ourselves, to sustain ourselves according to the Ten Commandments of God. ((See, for example, Rousas J. Rushdoony, The Institutes of Biblical Law (Phillipsburg, NJ: Presbyterian and Reformed, 1973), 541; Russ Walton, One Nation under God (Nashville, TN: Thomas Nelson, 1987), 12; D. James Kennedy and Jerry Newcombe, What If Jesus Had Never Been Born? (Nashville, TN: Thomas Nelson, 1994), 71; John H. Stormer, Betrayed by the Bench: How Judge-Made Law Has Transformed America’s Constitution, Courts and Culture (Florissant, MO: Liberty Bell Press, 2005), 5.))

While this is a great statement, no one has been able to locate the original source documentation that would unequivocally tie the statement to him. My investigation led only as far back as the January 1958 issue of Progressive Calvinism where the source of the quotation is a 1958 calendar published by Spiritual Mobilization. What was Spiritual Mobilization’s source for the quotation? None was listed.

There is another possible source for the quotation. Bishop James Madison (1749-1812), a cousin of President Madison, served as president of William and Mary College and was the first Protestant Episcopal bishop of Virginia. It was this James Madison who said, “Good morals can spring only from the bosom of religion.” ((Bishop James Madison, The Virginia Gazette (September 18, 1779): http://www.loc.gov/loc/madison/hutson-paper.html)) It would not be difficult to confuse the two Madisons. In fact, in naming what is now James Madison University, “The Daily News-Record columnist wasn’t even convinced that Madison College honored President James Madison. ‘It is claimed by some,' the columnist wrote, ‘that those who suggested Madison as the new name did not have the president in mind, but Bishop James Madison.'” Even so, there is no tangible evidence that even this James Madison said it.

Then there’s the attribution of the following citation to historian Alexander Fraser Tytler (or Tyler) (1747-1813). It reads and supports what many believe are important political observations, but is it authentic? Can it be found in the writers of Alexander Tytler? Here’s one example of how the Tytler quotation has been used as authentic:

At about the time our original 13 states adopted their new constitution, in the year 1787, Alexander Tyler (a Scottish history professor at The University of Edinburgh) had this to say about “The Fall of The Athenian Republic” some 2,000 years prior:

“A democracy is always temporary in nature; it simply cannot exist as a permanent form of government. A democracy will continue to exist up until the time that voters discover that they can vote themselves generous gifts from the public treasury. From that moment on, the majority always votes for the candidates who promise the most benefits from the public treasury, with the result that every democracy will finally collapse due to loose fiscal policy, which is always followed by a dictatorship.

“The average age of the worlds greatest civilizations from the beginning of history, has been about 200 years. During those 200 years, these nations always progressed through the following sequence:

Like the dubious James Madison quotation, the Tytler extract is quoted on a regular basis and often finds its way into published works. ((For example, W. David Stedman and LaVaughn G. Lewis, eds., Our Ageless Constitution (Asheboro, NC: W. David Stedman Associates, 1987), 263.)) While there was an Alexander Tytler, there is no extant evidence that puts these words in his mouth or in any of his published works. Supposedly it can be found in a book supposedly written by Tytler that goes by the title The Fall of the Athenian Republic or The Decline and Fall of the Athenian Republic. There is no such book in circulation or attributed to him.

Others claim that the quotation can be located in Tytler’s Elements of General History: Ancient and Modern, a book that does exist. The following response from the library of the University of Edinburgh states that their research has shown that the quotation does not appear in the library’s holdings of Tytler’s books:

Edinburgh University Library occasionally receives enquiries, particularly from North America, about this particular work. However, this title is not in our Library holdings, nor does it appear in the stocks of the other major research libraries in the United Kingdom. . . . Locally, the chapters of Tytler’s General History . . . (which we DO have) has been checked on the off-chance that The Decline and Fall [of the Athenian Republic] might have been a chapter title . . . but it is not. . . . We have scanned our holdings pretty thoroughly on different occasions, going back a few years now, but we have not found the quotation or anything similar to it, but we cannot absolutely rule out the possibility that we have missed it.

Even the United States Library of Congress has been called in on the search with no success in finding the much cited but elusive quotation. Even so, the Madison and Tytler quotations continue to circulate as authentic history.

Here’s the lesson to be learned: If there are so many who are willing to accept the authenticity of historical citations with something less than a shred of evidence, then it shouldn’t surprise us when students accept historical accounts found in textbooks and scholarly journals that have about the same amount of evidentiary support.

The difference, however, is that so much of what finds its way into textbooks and popular works of history affect the way Christianity and the Bible are portrayed. It’s one thing to be wrong about a few unsupported quotations; it’s another thing to reshape a school curriculum based on fabricated history that relegates the Bible to the dust bin of history.