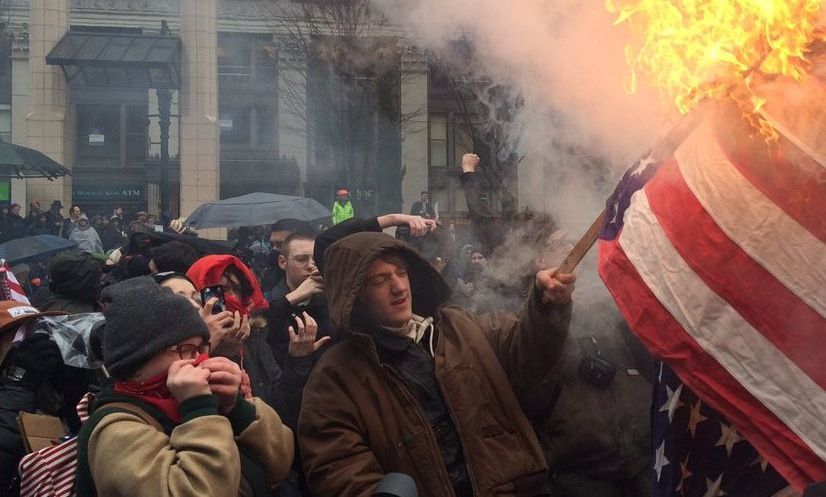 Pastors are supposed to be prophets, not in the sense of foretelling but in forthtelling. The Old Testament prophets were critical of the immoral—lawless—actions of Israel’s religious and civil leaders, and they were never nice about it (e.g., Jer. 2:20; 3:1–3; Jer. 5:7–8).

Jesus was equally critical and used harsh language to call out the religious establishment of the day:

Jesus didn’t hold back in an attempt to be diplomatic or pious. He told it like it was. Pastors need to do the same and not try to be religious diplomats when someone is trying to burn down your house or sink the ship of State.

Rousas J. Rushdoony wrote an article years ago that speaks to the different types of preaching and teaching we have today on the topic. The following is a condensed version written by Jim West of the longer Rushdoony article on how different theological approaches would approach a sermon with the title, “Man, Your House is on Fire.” ((Jim West, “Rushdoony’s Influence on Pastors” (Nov. 1, 2007). The original Rushdoony article can be read here.)):

The first approach would be the traditional, orthodox approach. The preacher is serious about the text, but it’s the seriousness of the classroom, not the world and life. The preacher carries his study into the pulpit; he explores the etymology of the words house, fire, and man. The auditor is educated, but not inspired to action. He is not told to do anything.

The second preacher is the modern evangelical. Scholarship is anathema to him. His concern is personal experience. He is a “skyscraper preacher” interested in stories and anecdotes. It is “me-centered” preaching. Experience is King of kings and Lord of lords.

Then there is the neo-orthodox, modernist preacher. He approaches the text with certain false premises. The “fire” is treated seriously, but not literally. He argues that this is “holy history, but not real history.” Fire is good; fire often cleanses. But fear of “fire” is barbarous and superstitious. For us, fire can even be a symbol of hope. “Burn, baby, burn!” Torch the old order and bring on the new. There is hope in destruction. “Man, your house is on fire” is a recipe for worldwide peace.

Then there is the new reformation preacher. He condemns all other preachers. He says that the statement “Man, your house is on fire” is not propositional truth. What we should be concerned about is God’s mighty acts in history, the history of redemption. We must not interpret “Man, your house is on fire” moralistically. This is merely God’s way of telling us to decapitalize ourselves and to help the poor. The call is for social action.

To these approaches Rushdoony argues that the words “Man, your house is on fire” is God’s call for preachers to quench the hellish fire by applicatory preaching. Tell God’s people to put the fire out!

When I read John Piper’s article “Policies, Persons, and Paths to Ruin: Pondering the Implications of the 2020 Election,” I’m confused. I don’t know what he’s trying to say. The article reminds me of the following verse:

For if the bugle produces an indistinct sound, who will prepare himself for battle? (1 Cor. 14:8)

Piper begins by stating that he’s not going to tell people how he’s going to vote, and nothing he says in his article is “intended to dictate how anyone else should vote, but rather to point to a perspective that seems to be neglected.” Neither Jesus nor the Apostle Paul took this approach. You knew exactly what they meant and who they meant it for.

There are stark differences between the two political parties on most issues. When weighed on the scales of God’s law, it’s clear that the Democrats deserve all the criticism they are getting and then some. The Republicans need to be taken to task as well, but in terms of this election, the Democrats need to go down in flames. James White is on point with this comment:

John Piper’s article demonstrates that even godly men can fall into the same pit of error: this isn’t about either Trump or Biden, both of whom are horribly flawed candidates. This is about a Marxist revolution and whether you will even get to vote in 2024. The reality I wish he understood is seen not in Trump’s arrogance or Biden’s cowardice—but in history in that Marxism brings death and tyranny.

The following from Piper’s article is frustratingly confusing and off center. He gives with one hand and takes away with the other:

I think Roe is an evil decision. I think Planned Parenthood is a code name for baby-killing and (historically at least) ethnic cleansing. And I think it is baffling and presumptuous to assume that pro-abortion policies kill more people than a culture-saturating, pro-self-pride.

When a leader models self-absorbed, self-exalting boastfulness, he models the most deadly behavior in the world. He points his nation to destruction. Destruction of more kinds than we can imagine.

It is naïve to think that a man can be effectively pro-life and manifest consistently the character traits that lead to death—temporal and eternal.

What is he trying to say? He admits that abortion is baby-killing, and yet he compares abortion and ethnic cleansing to leaders who are self-absorbed and boastful. And what does he mean by this statement:

And I think it is baffling and presumptuous to assume that pro-abortion policies kill more people than a culture-saturating, pro-self-pride.

I’m sorry, but there is little or no moral equivalence here. Not all boastful and self-pride people commit murder, but people who indiscriminately support murder are boastful and filled with pride. There’s a difference. Pres. Trump may be boastful and filled with pride, but he is not advocating for wholesale abortion laws and ethnic cleansing. The United States just joined a coalition of 31 other countries by signing onto the Geneva Consensus Declaration that states that there is no global right to abortion. Would this happen under a Biden-Harris administration? Did it happen under an Obama-Biden administration?

It’s no wonder millions of Christians are directionless. Their spiritual leaders are like a spinning compass as the following from Piper attests:

Where does that leave me as I face a civic duty on November 3? Here’s my answer. I do not require anyone to follow me (as if I could)—not my wife, not my friends, not my colleagues.

With a cheerful smile, I will explain to my unbelieving neighbor why my allegiance to Jesus set me at odds with death—death by abortion and death by arrogance.

I will not develop some calculus to determine which path of destruction I will support. That is not my duty.

A man in his position should be leading not equivocating. “Death by arrogance”? What specifically does he have in mind?

Seeing evil and doing little or nothing to stop it because it might “undermine” an “authentic Christian witness,” as Piper claims, is bewildering to me. The numerous policies being promoted by the Democrat Party will hurt Christians as well as our unbelieving neighbors. Abortion and forcing parents to allow their eight-year-old children to “change” their sex are just two examples of evil. If you love your neighbor, the choice on November 3rd is clear.

Piper offers no practical or tactical advice on how to confront the present social, cultural, and political evil. Instead, he preaches a message of inevitable defeat and how Christians should respond after the defeat that they might have stopped**:**

Imagine that America collapses. First anarchy, then tyranny—from the right or the left. Imagine that religious freedom is gone. What remains for Christians is fines, prison, exile, and martyrdom. Then ask yourself this: Has my preaching been developing real, radical Christians? Christians who can sing on the scaffold,

Let goods and kindred go,
This mortal life also;
The body they may kill:
God’s truth abideth still;
His kingdom is forever.

Christians who will act like the believers in Hebrews 10:34: “You joyfully accepted the plundering of your property, since you knew that you yourselves had a better possession and an abiding one.” Christians who will face hate and reviling and exclusion for Christ’s sake and yet “rejoice in that day, and leap for joy, for behold, [their] reward is great in heaven” (Luke 6:22–23).

His eschatology doesn’t allow for any success this side of martyrdom and persecution. See “John Piper, the Coronavirus, and the End Times.”

Is future persecution and martyrdom our only alternatives? Why aren’t pastors “developing real, radical Christians” today to ensure that Christians don’t have to “sing on the scaffold” on their way to their doom? What makes anyone think pastors will do better under the conditions Piper outlines when civilization burns to the ground?  We aren’t first-century Christians without any say in how our government is run. We are, like the Apostle Paul (who was a Roman citizen) citizens of the here and now (Acts 16:31–40; 22:22–29) who have the freedom, right, and responsibility to “petition the government for a redress of grievances.”

Paul was neither a pietist nor a quietist. Consider the incident he had with the mighty Roman Empire:

But Paul said to [the policemen sent by the chief magistrates to release Silas and him], “They have beaten us in public without trial, men who are Romans, and have thrown us into prison; and now are they sending us away secretly? No indeed! But let them come themselves and bring us out.” The policemen reported these words to the chief magistrates. They were afraid when they heard that they were Romans, and they came and appealed to them, and when they had brought them out, they kept begging them to leave the city. They went out of the prison and entered the house of Lydia, and when they saw the brethren, they encouraged them and departed (Acts 16:37–40).

So much more could be said and has been said for decades.

I’ll end with this: I am sure the Jews being sent to the gas ovens were more concerned about their own physical death at the command of a tyrant than someone who might be arrogant but worked to stop the trains on the way to their doom. There is a difference, and anyone unable to note the difference is confused.