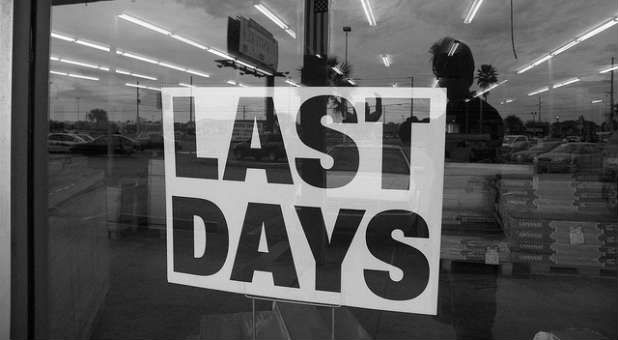 Recently, I was interviewed by Hank Hanegraaff on the topic of eschatology. Why is this an important topic? Because millions of Christians are bound by it and live in terms of it in a negative way. Considering the following that was sent to me by a friend:

I had a woman tell me today that it may work out better for Christians to vote for Biden because it would hasten Jesus’ return and his second coming. The Christians would be taken out of this mess. You are correct [Gary] about the dangers of premillennialism.

The above prophecy statement is recent. Here’s one from nearly 40 years ago. Tom Sine offers a startling example of the effect “prophetic inevitability” can have on some people:

“Do you realize if we start feeding hungry people things won’t get worse, and if things don’t get worse, Jesus won’t come?” interrupted a coed during a Futures Inter-term I recently conducted at a northwest Christian college. Her tone of voice and her serious expression revealed she was utterly sincere.

And unfortunately, I have discovered the coed’s question doesn’t reflect an isolated viewpoint. Rather, it betrays a widespread misunderstanding of biblical eschatology … that seems to permeate much contemporary Christian consciousness. I believe this misunderstanding of God’s intentions for the human future is seriously undermining the effectiveness of the people of God in carrying out his mission in a world of need… The response of the (student) … reflects what I call the Great Escape View of the future. So much of the popular prophetic literature has focused our attention morbidly on the dire, the dreadful, and the destruction of all that is. ((Tom Sine, The Mustard Seed Conspiracy: You Can Make a Difference in Tomorrow’s Troubled World (Waco, TX: Word, 1981), 69.))

Of course, not every premillennialist or dispensationalist believes this way, but there are many who do, probably more than you think. And many who may not say it, many of them hope it’s true because they do not believe that Christians are to be involved in building a Christian civilization. They believe in the inevitability of a coming antichrist who will ravage the world, slaughter millions of Jews, and slay billions more around the globe.

The following is from the Introduction to the episode and a handy topical guide through the interview. I hope you enjoy it as much as I enjoyed doing it.

You can find the episode on iTunes: https://apple.co/36nrLwr on YouTube:  https://bit.ly/3l4MEAt

If you want a direct link to the podcast interview, click this link:
http://streaming.integrationworks.com:3000/archive/HUP_EPISODE_107.mp3

Are we living in the last days? Many people point to the deluge of disorder and division in the world today as evidence that we are living in the last days. However, this is often the result of sacred scripture being taken out of context. Misunderstandings about the end times (eschatology) have been widely propagated by a seemingly endless stream of end times prophecies and popular books such as the Left Behind series by Tim LaHaye. Hank Hanegraaff is joined by end times expert Gary DeMar to clear up the confusion regarding the last days by discussing what the Bible really says about the end times and why it matters today.

Topics discussed include: The geopolitical consequences of eschatological beliefs and the Middle East deals being made by President Trump (4:20); what is dispensational eschatology? (6:10); discussing Israel and the Church–are there two distinct people of God? (8:00); another holocaust of Jews and the terror of rapture theories (10:35); the influence of Tim LaHaye and the Left Behind series on rapture beliefs (13:30); where do rapture beliefs come from? (16:25); the Russian invasion of Israel in dispensational ideology (20:10).

Dispensationalism and the idea of replacement theologians (26:00); apocalyptic language―should we interpret the Bible literally? (30:20); what was Jesus telling His disciples in the Olivet discourse? (32:55); why do some sceptics call Jesus a false apocalyptic prophet? (38:35); translation issues in the Olivet discourse such as mistaking the end of a period of time for the end of the world (42:00); how can so many dispensationalists misread the Bible? (54:50); many people and churches distanced themselves from Hank Hanegraaff when he wrote his book The Apocalypse Code (1:06:30);.

Hank Hanegraaff discusses the phrase Exegetical Eschatology as written about in his book The Apocalypse Code: Find Out What the Bible REALLY Says About the End Times… and Why It Matters Today (1:33:10). https://www.equip.org/product/cri-resource-the-apocalypse-code-det/