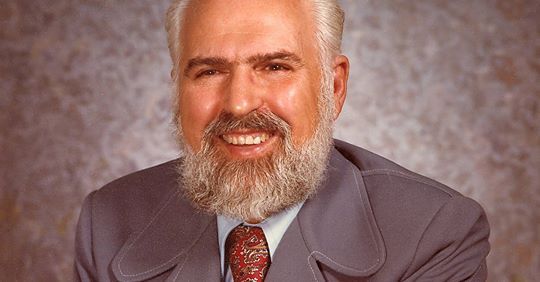 Dr. Gary North and I have been going back over some history of what has been labeled “Christian Reconstruction.” We’re are trying to retrieve all the documentation we can for an archive for future generations to understand what took place and the ongoing impact of the principles outlined in books, newsletters, and video.

We’re working on a larger project that’s in its conception stage. If we can pull it off, you will be the first to know about it.

In the past few weeks, I have been gathering some material for Dr. North to fill in some of our memory gaps as well as locating original material pertinent to the history of Christian Reconstruction.

In our attempt to “reconstruct” this history, a long-lost debate that Dr. North and I had in 1988 with Thomas Ice and the late Dave Hunt came to light through the efforts of missionary and film-maker Nathan Anderson who is working on Part Two of a documentary series on postmillennialism titled “Teach All Nations.” Part One is titled “On Earth as it is In Heaven.”

Here’s the link to the debate:

The following is from Gary North’s extended review of McVicar’s book:

McVicar on Rushdoony: A Review Article

This essay is more than a book review. A book review summarizes a book. It ought to identify the book’s contribution to a field, whether academic, religious, political, or whatever. It applies an evaluative standard to the book: reliability of evidence, and cogency of arguments. It may discuss the literary quality of the book: clarity and persuasiveness.

My review goes beyond this. In part, this is because the book discusses me. But, more important, it deals with things not seen. Every book must leave out lots of things. As long as that which is left out is tangential to the book’s thesis, there is no major loss for the reader. But this is not the case when the things left out throw light on a major aspect of the book’s central ideas.1. MCVICAR’S HAT TRICK

McVicar is a historian. He achieved what every doctoral candidate dreams of. He selected a dissertation topic that was narrow enough to have been neglected for decades by other historians, yet also of such general interest that a major university press decided to publish it. This is an academic hat trick. It rarely happens.

There is a third component of his hat trick. The book is both seminal and definitive. This is almost impossible to achieve. This means that the author is the first person to deal with an important topic in such a way that all further discussions in print of the topic must begin with a consideration of his book. The book is sufficiently comprehensive so that someone writing on the same topic will find it difficult to make a contribution that is equally seminal. The author of the second book must position himself as follows: “Me, too, but. . . .” The seminal book covers the crucial bases adequately, so that any future author will either have to come up with a unique thesis that can be supported by the evidence, or else he must discover a treasure trove of primary source documents that were unknown to the original author. I don’t think either of these is a possibility in this case.

Frankly, I don’t see why any other historian would go to the trouble of doing a comparable amount of research on this topic without an academic angle so powerful that a major university press would be willing to publish his book.

So, McVicar has gained an operational monopoly with his book. He was able to convert that monopoly into monopolistic returns. He secured an assistant professorship at Florida State University. He got an appointment to teach religion. That is also something of an academic hat trick. His academic success is based on a detailed study of the Christian scholar who, more than any other Christian scholar in American history, was opposed to tax-funded education.

You might guess that he got his appointment because the book is a hatchet job on that scholar. That would be incorrect. The book is judicious in its use of negative rhetoric. It is comprehensively researched. It is based on access to the letters and diaries of Rushdoony.

I found the book to be highly informative. Because of his access to Rushdoony’s papers, he was able to include information that I had never heard of. Also, because he sometimes quotes from letters that I wrote to Rushdoony, they refreshed my memory. I had completely forgotten about some of them.

He first contacted me in 2007 for background on the William Volker Fund/Center For American Studies. Rushdoony was on the payroll for a little under two years, 1962–63, and he was paid a two-year severance in late 1963 for two more years. I was a summer intern in 1963.

I filled in some historical gaps. He replied: “You’ve given me more info in a short note than anyone else has in reams of correspondence.”

To read the rest of the article click here.