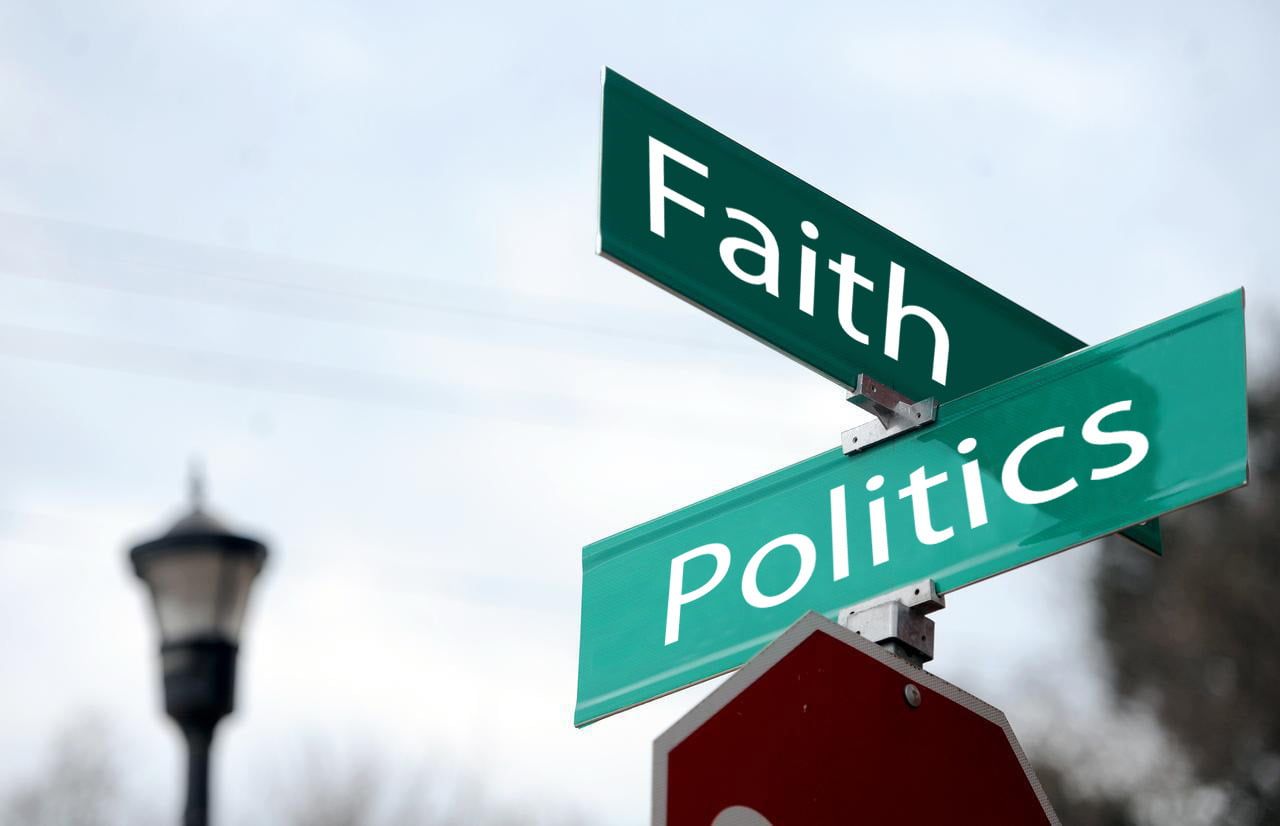 This November’s election will be the most impacting election our nation has faced because it deals with two opposing political philosophies. Being informed on the platforms of each political party is important to make intelligent decisions that will have long-term consequences for us, our children, and grandchildren.

Should Christians be involved in politics? Should Christians vote? These and other questions are often asked by Christians. I hear that tens of millions of Christians fail to vote in presidential years. If this is true, then it is a great evil with far-reaching implications. When you can stop a great tyranny and fail to do so, you are engaged in sinful behavior.

Many Christians are convinced that they have a biblical mandate not to be involved politically. They claim they should abstain, remain neutral, or not apply their Christian faith to political issues. We need to remember that if we don’t vote, other people are voting and who they elect will have an impact on us.

There’s no escaping politics. The following are some of the reasons Christians do not vote or participate in the political process. These are more fully developed in my book Myths, Lies, and Half-Truths:

1. We should just preach the gospel: Paul told the Ephesian elders that he did not shrink from declaring to them the “whole purpose of God” (Acts 20:27). Being a new creature in Christ is the first step in a whole new life. Being born again does not stop at infancy. We are to grow up in the faith, so every area of life is impacted by God’s Word (Heb. 5:11–14).

2. Politics is dirty: What isn’t dirty? Our job is to clean up what’s dirty like we would a dirty diaper. If a policy is unscriptural or unconstitutional, oppose it and work for change. There’s nothing in the Bible that says you can’t involve yourself in the day-to-day decisions of life.

3. Jesus did not get mixed up in politics: There are many things Jesus didn’t do. He didn’t get married, have children, own a home (Luke 9:58), or have a means of transportation (Matt. 21:1–7). Should we follow His example in these areas? If you say that we shouldn’t do what Jesus didn’t do, then it’s time you sold your home and car, stay single, and have no children.

We should be reminded that the Bible is filled with politics. Moses and Aaron confronted a political power. The book of Judges is given that name because of those who ruled, many of whom did it badly. First and Second Samuel and Kings and Chronicles are filled with politics. The prophets spoke out repeatedly against the religious and political establishment.

4. Our citizenship is in heaven: We have multiple citizenships (commonwealths), with our heavenly citizenship being primary (Phil. 3:20; see Acts 5:29). Paul was a citizen of Israel (Phil. 3:4; Rom. 11:1). The fact that Paul was a Hebrew citizen and a citizen of heaven did not stop him from claiming his Roman citizenship and applying to effectively (Acts 16:37; 22:25–29) and appealing to Caesar (25:9–12) when he was under Rome’s jurisdiction.

6. Jesus’ kingdom is not of this world: God’s kingdom does not derive its power and authority from this world, but His kingdom is in and over this world whether people acknowledge it or not. We are to pray, “Your kingdom come. Your will be done on earth as it is in heaven” (Matt. 7:10). Doing God’s will is the manifestation of kingdom living.

7. Politics is not spiritual: If the civil government has been ordained by God (Rom 13:1–4), then it is spiritual as is every area of life when governed by the Word of God as directed by the Holy Spirit. Being spiritual means being guided by the Holy Spirit. Paul describes the civil magistrate as a minister [deacon] of God for good. It’s up to us to ensure that it functions that way. Staying out of the process does nothing to help.

7.  We’re not supposed to judge: We are admonished by Jesus to be consistent in judgment (Matt. 7:1–2) and to “judge with righteous judgment” (John 7:24). How can Christians speak with non-Christians about repentance if we aren’t to judge in terms of God’s moral standards? If there is nothing to judge, there is no sin and there is no need for the gospel. I can assure you that those who hold the reins of power are judging and not always in a good way.

8. We must render to Caesar what is Caesar’s: We don’t live under Caesar. We live under a Constitution, and we can remove and replace people who hold a political office and “petition the government for a redress of grievances,” as the First Amendment states. The people in Jesus’ day could not. We do not have to settle for the political status quo.

9.  We can’t impose our morality on other people: All law is the imposition of someone’s view of morality. The question is, what areas of life are civil magistrates given the authority to legislate, and by what ultimate standard? I guarantee you that non-Christians have no problem imposing their morality on the rest of us. They do it with every piece of legislation they draft and hope to put into law.

10. It’s never right to resist authority: The Hebrew midwives were commanded by “the king of Egypt” to put to death all the male children being born to the Hebrew women (Ex. 1:15–16). The Hebrew midwives disobeyed the edict of the king: “But the midwives feared God and did not do as the king of Egypt had commanded them, but let the boys live” (1:17). The midwives had to make a choice. Did God’s law overrule the command of a king, even “the king of Egypt”? God shows His approval of their actions: “So God was good to the midwives, and the people multiplied and became very mighty. And it came about because the midwives feared God, that He established households for them” (1:20–21). In the New Testament, “Peter and John answered and said to [the authorities], ‘Whether it is right in the sight of God to give heed to you rather than to God, you be the judge; for we cannot stop speaking about what we have seen and heard’” (Acts 4:19–20). “We must obey God rather than men” (Acts 5:29).

11. We’re living in the last days and Jesus is coming soon: How many times have we heard this claim? We were told in the 1970s that the rapture would take place within 40 years of Israel becoming a nation again (1948). “Why bother trying to fix this world when the end is near? There is no reason to rearrange the deck chairs on the Ship of State since it’s going to sink like the Titanic.” This type of thinking has been going on for centuries and has immobilized Christians politically since they believed they would be rescued from the evil they let take place.

God has called us to be stewards of the world He’s given us. Part of that stewardship is to see to it that righteousness prevails in every area of life—including politics.