The event was a great success because it ticked off a lot of people, in particular Messiah College historian John Fea who live-tweeted much of the event. Then there was this from Right Wing Watch:

RWW was nice enough to include a screen shot from the panel discussion I participated in that was led by Eric Metaxas. 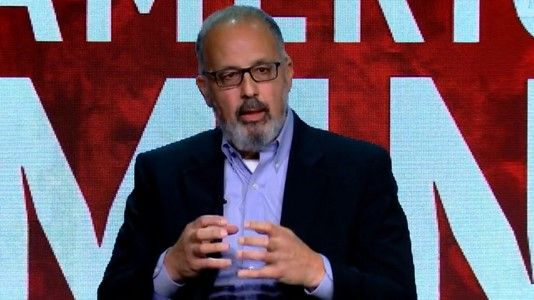 If it were only so that the principles of Christian Reconstruction were influentical, except the “Christian nationalism” dig since I don’t know a single person who ever describes Christian involvement in every area of life in such a way. The kingdom of God is not defined by national borders. The United States is not the kingdom of God, but it is bound by God’s law as it applies to the civil magistrate. This is true for all nations.

**Blessed is the nation whose God is the LORD,

The people whom He has chosen for His own inheritance** (Psalm 33:12).

This was a huge loophole that remains with us today. All a woman had to do to get a legal abortion was declare that going through with the pregnancy would result in her diminished mental health. New York, New Jersey, and Virginia have passed pro-abortion legislation that permits a woman to kill her unborn baby up until birth and in some cases even after.

Men who identify as women are beginning to dominate women’s sports. Try to refuse to make a cake for a same-sex wedding or photograph a same-sex wedding. Heavy fines will greet you with full force. The Secular Nationalists are against freedom of expression and deny simple biology and anatomy, and if you don’t agree with their insanity, you are a bigot, and this coming from those who are all about science.

Consider how the state of California has treated churches by threatening them with massive fines and legal expenses if they open their churches. Pastor John MacArthur is standing up to Secular Nationalism.

The participants at the Summit aren’t looking to swap power and control with those now ruling and ruining our nation. We aren’t seeking power and authority over other people. Personally, I am not working to take over public education and impose my religious beliefs of other people’s children. (That’s what Secular Nationalists are doing.) I want it out of the hands of civil governors and the bureaucrats.

Since the unborn child is a human being, and human beings are persons, therefore, killing a human being is murder. It’s no wonder that the unborn baby must be redefined like black people and Jews were redefined. Modern-day Secular Nationalists have a long history where laws are based on an established elite that redefines everything in terms of human autonomy. In fact, if the Bible had been followed instead of some naturalistic premise based on Aristotelianism in the West where some people are by nature slaves, there never would have been slavery since it’s a form of “manstealing” (Ex. 21:16).

One of my special interests is eschatology. The Summit hardly if ever mentioned that we are living in the “end times” or the “last days. The irony is that the event was held in a building built with Left Behind money. The thing of it is Tim LaHaye would have agreed with nearly everything said at the Summit, although he might not have been thrilled that I was asked to be a participant since I wrote the book Left Behind: Separating Fact from Fiction, critical of the Left Behind theology. 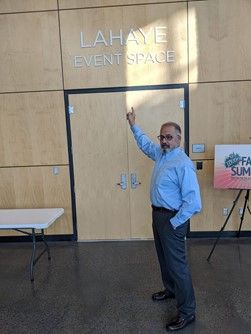 The Room Where the Faith Summit was Held

The pressure secularists are putting on Christians is forcing them to pick sides. We are seeing some bad reasoning from Christians who should know better. Some are calling on Christians to vote for Joe Biden and the Democrats, even though it is the Party of wholesale abortion, failed economic policies, sanctioning same-sex everything that will be forced on their children and grandchildren.

What they are voting for is a form of Secular Nationalism.