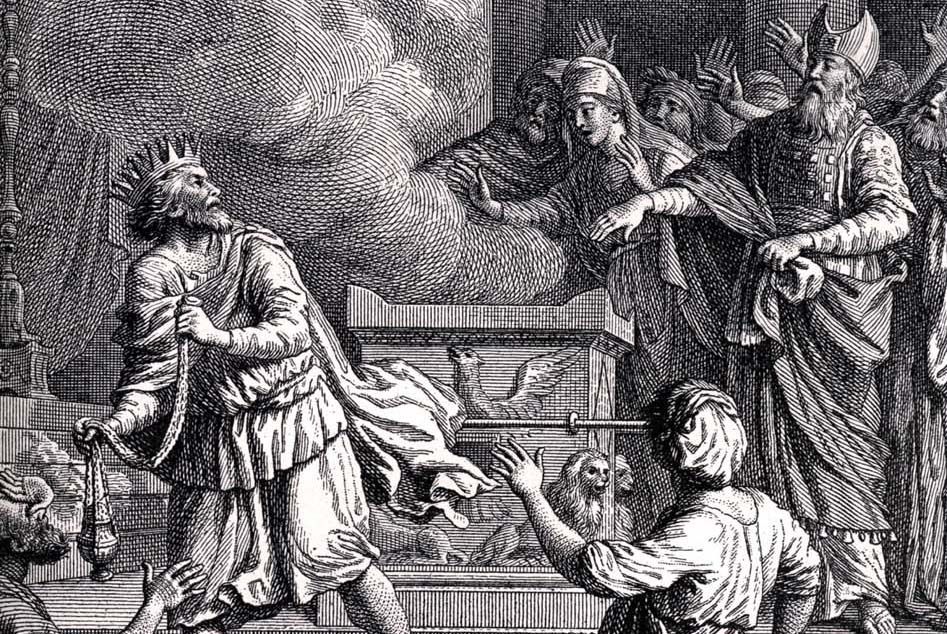 There is always the danger of jurisdictional usurpation when civil government removes the jurisdictional boundaries and enters the domain of the Church. The Bible cites several examples of how the king sought to overrule the authority and jurisdiction of the Church. King Saul assumed the duties of the priests when he offered sacrifices. He stepped out of bounds from his kingly duties (1 Sam. 15:9–15, 22).

King Jeroboam established his State religion in Bethel and Dan. Non-Levites of the worst character were appointed to serve as priests (1 Kings 12:26–31).

Then there’s the incident of King Uzziah who crossed the boundary in a seemingly minor way but was judged harshly. God is serious about jurisdictional church-state separation. The king is said to have been “proud” (2 Chron. 26:16). His pride led him to go beyond his legitimate civil jurisdiction and move into the ecclesiastical area. While he was “chief of State,” being the king in Judah, he was not a priest. King Uzziah could not assume the role of a priest and perform in the most basic ecclesiastical duties. He had no jurisdictional authority to serve in the Temple, the Old Testament equivalent of the New Testament Church. Uzziah ignored God’s law and “acted corruptly, and he was unfaithful to the Lord his God, for he entered the temple of the Lord to burn incense on the altar of incense” (2 Chron. 26:16).

The king was struck with the most feared disease in all Israel: leprosy! “And king Uzziah was a leper to the day of his death; and he lived in a separate house, being a leper, for he was cut off from the house of the Lord” (v. 21). He lost access to the Temple, was isolated from the general population, and lost his kingdom to his son, Jotham, who “was over the king’s house judging the people of the land” (v. 21).

Azariah the priest was not passive in this incident. He knew the limitations of the king’s power. He, along with “eighty priests of the Lord” (v. 17), took action against the king. They “opposed Uzziah the king” (v. 18), making it clear that “it is not for you, Uzziah, to burn incense to the Lord, but for the priests, the sons of Aaron who are consecrated to burn incense” (v. 18). The priests commanded Uzziah to “get out of the sanctuary” (v. 18).

These “ecclesiastical officials” are called “valiant men” (v. 17) because they acted with great risk. While there were eighty of them, the king still commanded an army. He could have put them to death.

There was a precedent for this when Ahimelech the priest helped David against King Saul (1 Sam. 21–22). Saul called on Doeg the Edomite to attack the priests after the king’s own servants refused: “And Doeg the Edomite turned around and attacked the priests, and he killed that day eighty-five who wore the linen ephod” (1 Sam. 22:18). Doeg the Edomite had no qualms about killing the priests. King Uzziah had Saul’s hate in his eye: “Uzziah, with a censer in his hand for burning incense, was enraged” (2 Chron. 26:19).

There have been times when the Church has forgotten its God-ordained jurisdictional role. The Church can deny its prophetic ministry when it is seduced by politics, that is, to see politics as the sole way to advance God’s kingdom. Isn’t this what happened when the people wanted to crown Jesus as King, to make Him their political ruler? (John 6:15). They showed their true allegiance when Jesus refused to accept their view of what they thought God’s kingdom should be like. “The distribution of bread moved the crowd to acclaim Jesus as the New Moses, the provider, the Welfare King whom they had been waiting for.” ((John Howard Yoder, The Politics of Jesus: Vicit Agnus Noster [Our Lamb Has Conquered] (Grand Rapids, MI: Eerdmans, 1972), 42.))

When Jesus did not satisfy the false conception of salvation, some turned elsewhere and cried out: “We have no king but Caesar” (John 19:15). They denied the transforming work of the Holy Spirit to regenerate the dead heart of man. For them and for many today, human salvation comes through political power. Jesus is not a political savior, but His saving work should impact politics, because civil government is ordained by God.