The last thing young people want to hear from their elders is, “Well, in my day. . .” Even so, it needs to be said that any young person today who needs a “safe space,” crying room, and canceled classes because of some bit of bad news needs to grow up. If there’s no crying in baseball, there’s also no crying in the day-to-day efforts to become mature adults.

Young people need to learn how to lose and use losses and failures as teaching moments for future success. Assuming the fetal position every time something does not go well accomplishes nothing. Being squeezed out of your mother’s birth canal is the first lesson on what life’s going to be like. Get used to it!

The following is just plain pitiful:

Democratic staffers were so upset over the popular election of President-Elect Donald Trump that “therapy dogs” were brought into the U.S. Capitol to soothe their hurt feelings. (Breitbart)

Nashville school district officials provided its counselors with “special post-election protocols” to help students in the aftermath of the presidential election.

What happened to these kids? It all started when dodgeball was banned from PE and “participation trophies” were given to children so they would not have their feelings hurt because some people won and other people lost.

James Harrison is a linebacker for the Pittsburgh Steelers.  He posted the following on Instagram after his children came home with trophies:

I came home to find out that my boys received two trophies for nothing, participation trophies! While I am very proud of my boys for everything they do and will encourage them till the day I die, these trophies will be given back until they EARN a real trophy. I’m not sorry for believing that everything in life should be earned and I’m not about to raise two boys to be men by making them believe that they are entitled to something just because they tried their best . . . cause sometimes your best is not enough, and that should drive you to want to do better . . . not cry and whine until somebody gives you something to shut you up and keep you happy.

The following is one of the best lines from the animated feature The Incredibles that neatly sums up the Participation-Trophy Generation and the perpetrators of false equality:

When I participated in sports, getting a trophy was a big deal. They were given out sparingly. I was a state record holder and top-five nationally ranked track and field athlete in high school, and I never received a trophy for that accomplishment. All I got were medals, and even they were hard to come by.

Talk to anyone who’s gotten to the top in any field and they will tell you that there’s a lot of failure and disappointment along the way. Thomas Edison (1847–1931) held more than 1000 patents. He was told by his teachers that he was “addled” and was “too stupid to learn anything.” His many failures led to great success only because he never gave up. He failed more than he succeeded. Edison had no formal higher education and was nearly deaf.

Losing isn’t fun, but it’s not the end of the world. Young people are being taught that sameness is the key to a peaceful social order while at the same time they are being told to celebrate diversity. It makes no sense.

It’s time that we read J.P. Hartley’s 1960 novel Facial Justice that “depicts a post-apocalyptic society that has sought to banish privilege and envy, to the extent that people will even have their faces surgically altered in order to appear neither too beautiful nor too ugly…. A young woman named Jael 97, … has been reported to the Ministry of Facial Justice for being ‘facially over privileged’ and causing discontent among other women." 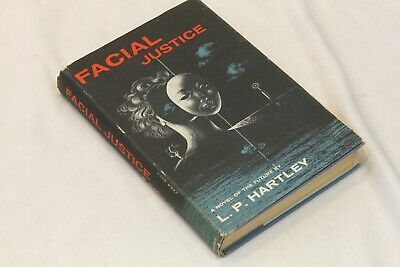 Our government is doing something similar with its taxing policy, and not to mention, every facet of society. Some people have an A face income, and other people have B and C face incomes. To make people more equal the A and B face incomes will have to be made plainer. That will mean taxing some people at a higher rate to make incomes more equal.

The following story could lead to a form of Facial Justice:

Studies have shown that attractive people are usually hired sooner, get promotions more quickly, and are paid more than their less-attractive coworkers.

Attractive people earn an average of 3 or 4 percent more than people with below-average looks, according to Daniel Hamermesh, professor of economics at the University of Texas at Austin and author of the book “Beauty Pays: Why Attractive People Are More Successful.”

Hamermesh … believes that it’s not just the sex appeal that makes attractive people more successful. He writes that attractive people tend to have desirable personality traits, like higher self-confidence—likely a direct result of their good looks—that appeal to employers. (Business Insider)

Will less-attractive people demand plastic surgery and/or equalized compensation in the job market? Will the State prohibit attractive people from marrying one another? Will an A face be forced to marry a C face?

Justice in the hands of justice warriors seeking parity in all things will only lead to tyranny.