What is newspaper exegesis? The practice of interpreting the Bible though the lens of current events found in the headlines of newspapers rather than allowing the Bible to interpret itself and failing to take into account when prophetic events were to take place and to whom. It’s a form of retroactive prophetic explanation where current events are used as an interpretive grid for understanding the Bible. For example, in The Coming Islamic Invasion of Israel, prophecy writer Mark Hitchcock claims that “Ezekiel is God’s war correspondent for today’s newspapers. We have gone through his inspired prophecy in Ezekiel 38–39, with our Bibles in one hand and today’s newspaper in the other.” ((The Coming Islamic Invasion of Israel (Colorado Springs, CO: Multnomah Books, 2002), 93.))

Can this method be true when prophecy writers from the past have used the news of their day to assure the readers of their day that they had the right interpretation of Ezekiel 38–39? The following chart shows how newspaper exegesis can and does go wrong: 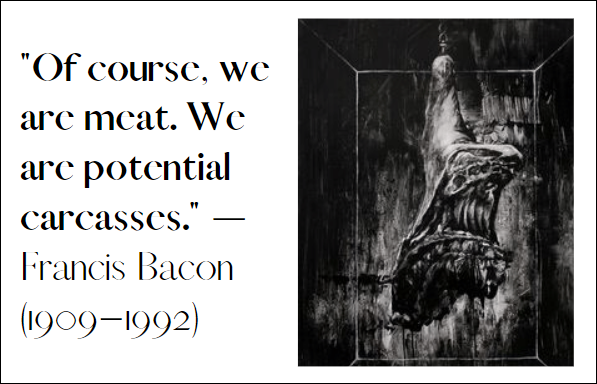 From Francis X. Gumerlock’s book The Day and the Hour

You will note that Islam shows up several times in the above chart. For example, the taking of Constantinople by the Ottoman Turks in 1453, on the eve of the discovery of the new world (1492) and the advent of the Reformation (1517), “awakened longings for a new crusade against the Moslems.” ((Kay Brigham, Christopher Columbus: His Life and Discovery in the Light of His Prophecies (Terrassa (Barcelona) Spain: Clie, 1990), 104.)) These events added fuel to the fire of prophetic speculation that included concern over former Christian lands being in the hands of infidels. “Despite modern laments about medieval colonialism, the crusade’s real purpose was to turn back Muslim conquests and restore formerly Christian lands to Christian control.” ((Thomas F. Madden, “Crusade Propaganda: The Abuse of Christianity’s Holy Wars,” Biblical Worldview (January 2002), 3.))

And we must not forget that there were those who believed that the Muslim occupation of Jerusalem also held special prophetic significance. For example, Christopher Columbus believed that he was called by God “to rebuild the Temple on Mount Zion” in Jerusalem from the riches he would obtain from the Indies. ((See Brigham, Christopher Columbus, chap. 6.)) The prophetic works from this era cannot be read without some understanding of this historical background.

Peter Toon offers a helpful historical perspective on the way commentators understood the place of Islam and the Papacy in relation to Bible prophecy:

References to the Turkish Empire appear in virtually every Commentary on the Apocalypse of John which was produced by English Puritans, Independents, Presbyterians and Baptists. Gog and Magog were identified with the armies of Turkey and the Muslim world, descriptions of Turkish military power were seen in the contents of the trumpet (Rev. 9:13–21), and the year 1300 was believed to have great significance for it was at that time that the Turk became a threat to European civilization.

For the English Puritans, as for many of their fellow Protestants on the Continent of Europe, the fact that the Ottoman Empire had for its religion Islam, the teaching of Mohammed, the ‘false’ prophet of God, was sufficient to label it as an envoy or agent of Satan, seeking to destroy the true Church of Christ. In view of this we cannot be surprised to learn that they believed God had given to John on Patmos a vision of this great enemy of the elect of God, who would one day be destroyed by the power of Christ. ((Peter Toon, “Introduction,” Puritans, the Millennium and the Future of Israel: Puritan Eschatology 1600 to 1660 (London: James Clarke & Co. Ltd., 1970), 19–20.))

It should not surprise us, therefore, that when Christians wrote about Bible prophecy, they would take current events into account. For the historicist interpreter, the Islamic advances could not be ignored. “[D]uring the oppressive conquests of the Saracens the prophecies concerning Antichrist were searched anew by the monks and priests—in the hope they would yield perhaps an indication that Mohammed or his fierce followers could be meant by the passages referring to Antichrist.” ((LeRoy Froom, Prophetic Faith of Our Fathers: The Historical Development of Prophetic Interpretation, 4 vols. (Washington, DC: Review and Herald, 1950), 1:530.))

Saracens was the name Christians had given to Moslems during the time of the Crusades. Moslems who had invaded Spain from Morocco were called Moors. Saracen might be based on a word meaning “easterners.”

Like today, many of the Reformers saw prophecy being fulfilled in their day:

The search for the plain obvious meaning of Scripture when allied with the conviction that God must have spoken in Scripture of the times during which the Reformers lived, which were ‘the last times’, led to a view of Daniel and Revelation as being charters or maps of Church history from the Epiphany [the first coming of Christ] to the Last Judgment. The millennium of Revelation 20 was therefore equated with a thousand years of church history. Yet it was the contents of chapters 13 to 19 of the Apocalypse of John which seemed most to impress the followers of Calvin and Luther. Here they found a clear promise that all the enemies of Jesus Christ would be crushed before the Last Day. The Turks, the papacy and all their supporters would be defeated. ((Toon, “The Latter-Day Glory,” Puritans, the Millennium and the Future of Israel, 25.))

A prophecy writer like Joel Richardson is just one of many newspaper exegetes, interpreting the Bible in the light (darkness?) of current events. His preoccupation with Islam is nothing new. In fact, in good rhetorical style, by confronting the question before it is raised, he writes: “So the challenge might arise, ‘Aren’t you doing the same thing? Aren’t you just taking today’s bogeyman (Islam) and making it into the Antichrist system?’” ((The Islamic Antichrist: The Shocking Truth about the Real Nature of the Beast (Washington, DC: WND Books, 2009), 177.)) He says he’s not. I say he is. His Islamic end-time scenario is not new. It’s been done before.

Richardson offers the following challenge: “At this point, my response to those who would challenge the idea that Islam is the primary force behind the Antichrist system would be to issue a challenge to show biblically why it is not.” ((Richardson, The Islamic Antichrist, 178.)) Actually, the burden of proof is on Richardson to prove that it is. In what I’ve read, he hasn’t made the case, not by a long shot, especially when the definition and timing of the biblical antichrists are so clear (1 John 2:18, 22; 4:3; 2 John 7). The most likely antichrist candidates (since there were many in John’s day: 1 John 2:18) were unbelieving Jews, nearly 600 years before Muhammad walked the earth.

The preoccupation of prophecy writers to claim that fulfilled prophecies are prophecies yet to be fulfilled is one of the biggest impediments to the gospel message of the fulfilled redemption that Jesus made for us nearly 2000 years ago and declared it to be “finished.” It’s long past time to move on from what has been done for us and stop rehashing what amounts to dead prophecy speculation that keeps Christians from living the fullness of what Jesus has accomplished for us.