America is undergoing its cultural revolution right now, obliterating as much of the past as possible. We saw over the weekend, “social justice warriors” in Rochester, NY, tearing down a statue of Frederick Douglas—even though he was black, an escaped slave, and an ardent abolitionist. ((Maybe the statue was toppled because Douglas was not radical enough: “When radical abolitionists, under the motto ‘No Union with Slaveholders,’ criticized Douglass' willingness to engage in dialogue with slave owners, he replied: ‘I would unite with anybody to do right and with nobody to do wrong.'” — Gary DeMar ))

And some in the cancel culture even want to tear down statues of Jesus. CBNNews.com noted last month (6/23/20): “Social justice activist Shaun King unleashed a barrage of comments on social media Monday claiming that statues of Jesus Christ are ‘a form of white supremacy’ and should be torn down. King is the co-founder of Real Justice PAC and supports the Black Lives Matter movement.”

I’m the last person in the world to follow professional sports, but even I know about all the protests against the National Anthem, as if America in 2020 were South Africa in 1980.

The National Football League announced last week, as reported by NPR on 7/2/20, that a different anthem will be used at the opening of the football season. NRP notes, “‘Lift Every Voice and Sing’ … [t]he song known as the Black national anthem will play at the start of every season opener game, coming before ‘The Star Spangled Banner.’” 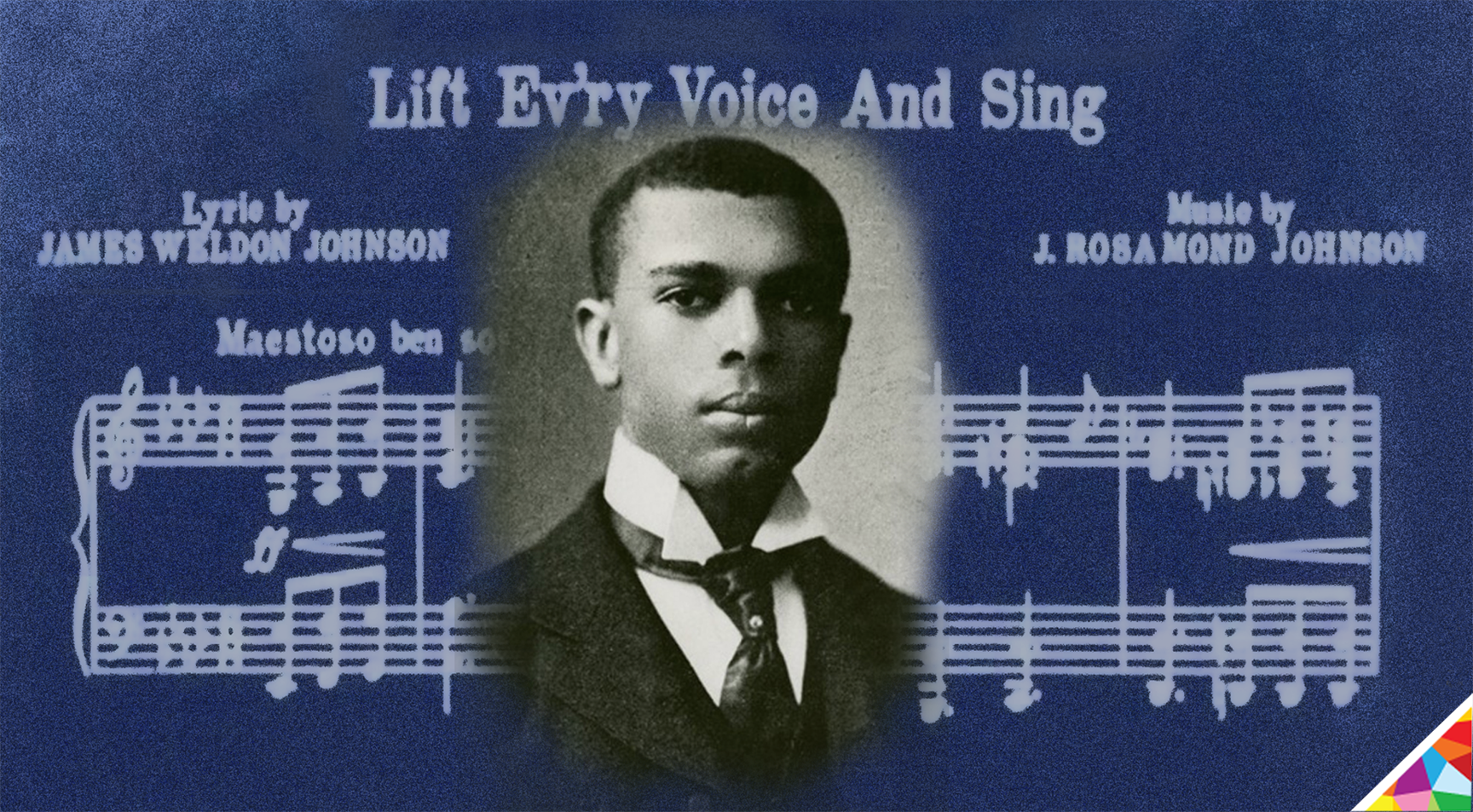 The interesting thing about “Lift Every Voice and Sing” is the apparent pro-Jesus sentiment of the writer of that anthem. I surely doubt that James Weldon Johnson (1871–1938), the author of “Lift Every Voice,” would have anything to do with such anti-Christian bigotry as tearing down statues of Jesus.

“Let our rejoicing rise, High as the list’ning skies,” proclaims this song by Johnson, an African-American who wrote this piece in 1900, which includes the line, “Let us march on ‘til victory is won.”

Johnson was a great American poet, and a racial groundbreaker. He was the first Black to pass the Florida Bar exam. He was the editor of New York Age.

His poem, “Lift Every Voice and Sing” (1900), which was set to music by his brother, became the unofficial Black anthem in the 1940s. He was also foreign consul to Venezuela and later Nicaragua. He served as a professor at Fisk University.

But Johnson is perhaps best known for some of his poetry, including the book God’s Trombones (1927). This book was called “dialect sermons in verse,” and it became popularized in school recitations.

And the light broke,
And the darkness rolled up on one side,
And the light stood shining on the other,
|And God said, ‘That’s good!’”
The poem climaxes with the climax of God’s creation—humanity:
“With His head in His hands,
God thought and thought,
Till He thought, “I’ll make me a man!”
Up from the bed of the river
God scooped the clay…
Toiling over a lump of clay
Till He shaped it in His own image;
Then into it He blew the breath of life,
And man became a living soul.
Amen. Amen.”

Even more directly Christian is Weldon’s powerful funeral sermon in verse, called “Go Down, Death.” In this eulogy, poor “Sister Caroline” of Savannah, Georgia, is dying.

In Weldon’s verse eulogy, God up in heaven calls on one of His angels to go to earth to fetch poor Sister Caroline. “And God said: Go down, Death, go down,” to bring her to Him.

“She’s borne the burden and heat of the day,
she’s labored long in my vineyard,
And she’s tired.”

After traveling to earth to pick up Sister Caroline, Death brings her to a special place up in heaven.

And there he laid Sister Caroline
On the loving breast of Jesus.
And Jesus took his own hand and wiped away her tears,
And he smoothed the furrows from her face,
And the angels sang a little song,
And Jesus rocked her in his arms,
And kept a-saying: Take your rest,
Take your rest.

Only a true Christian can have such hope in the face of death because Jesus Christ conquered the grave both by His dying for our sins and His resurrection.

So Johnson uses Scriptural truths to reassure the survivors of those who die in Christ, such as Sister Caroline.

“Weep not—weep not,
She is not dead;
She’s resting in the bosom of Jesus…
Heart-broken husband–weep no more;
Grief-stricken son–weep no more;
Left-lonesome daughter –weep no more;
She only just gone home.”

These protesters in the street who are trying to destroy remnants of Western Civilization seem to know nothing of the power of the Gospel as did the writer of “Lift Every Voice and Sing.” As the late Gospel singer Andre Crouch reminded us all, “Jesus is the answer for the world today. Above Him there’s no other. Jesus is the Way.” Amen.