What we are seeing happening in and to our nation is nothing new. The ideologies driving the revolution have been around for a long time. The universities are filled with ideological radicals aligned more with Marx and Marcuse than Burke and Kirk. Their radical ideas have trickled down to the high school level where multiple generations have been polluted with dangerous and counter-productive ideas that have crippled the thinking ability of usually rational people.

The black community has also been radicalized in a different way. Blacks have been sold a velvet covered brick that has knocked many of them senseless through little fault of their own. Racial injustice is real. While great strides have been made, there’s still a lot that needs to be done.

There are numerous successful black people in every field who are respected and who employ millions of people because of their entrepreneurial freedom, something that could not have been done a few generations ago. It’s not that black enterprise wasn’t operating. There were black-run banks, newspapers (e.g., The Pittsburgh Courier), and a thriving black film industry. We’re all familiar with the Negro Leagues that gave the all-white Major League all stars a run for their money in terms of talent and performance. Even in the midst of segregation, blacks thrived.

We’ve come a long way since the day Jackie Robinson made his debut with the Brooklyn Dodgers on April 15, 1947. There’s still more to be accomplished in every area, but significant progress has been made and I don’t want to see it dashed to pieces because of a reckless few, not all of whom are black. There are extreme groups behind the mayhem that will not stop until their goals are accomplished, and it does not matter who gets hurt or killed in the process.

I can assure everyone reading this that the events of the last few weeks will not lead to racial justice progress. In fact, it will set race relations back decades. What’s more frightening is that we may not recover as a nation if this insanity continues.

Paying out millions of dollars to Black Lives Matter groups is a form of social and economic insurance that high-profile companies are willing to pay to be left alone. They hope that by supporting BLM causes the ever-growing number of companies pledging the money will be left alone. They’re fools for thinking this way.

We’re seeing people lose their jobs for expressing a different opinion. This is straight up fascism. The time may come when you will be forced to sign a social justice type of agreement for employment.

Soon after I wrote this, I saw the following posted by a friend:

In the new culturally Marxist academic regime, not only do you not have the right to dissent; you also do not even have the right to remain silent. You must vocally support the new speech-squashing, jackbooted Marxist orthodoxy, or get the ax. My friend … just posted this, shared here with his permission: “I have been informed by an official faculty representative of one of the institutions that I teach at that if I do not support BLM, am unwilling to consciously address race in my courses, and am not willing to seek out training to learn to be anti-racist, that I am unwelcome to teach there. You might not be interested in political radicalism, BLM, and social justice, but it is interested in you.”

You may be forced to pay dues to radical groups similar to union dues even if you don’t agree with their agenda. Consider the following:

Walt Disney Co. and other companies, including Papa John’s International Inc. and T-Mobile US Inc., have pulled ads from Tucker Carlson’s primetime show on Fox News Channel following his remarks on the nationwide Black Lives Matter protests — some of which have descended into violent riots. “This may be a lot of things, this moment we’re living through, but it is definitely not about Black lives,” Carlson said during [a June 8th] broadcast. “And remember that when they come for you — and at this rate, they will.”

“Anyone who has ever been subjected to the rage of the mob knows the feeling. It’s like being swarmed by hornets. You cannot think clearly. And the temptation is to panic, but you can’t panic,” Carlson warned. “You’ve got to keep your head and tell the truth. Tell the truth. If you show weakness of any kind, they will crush you.” (Breitbart)

Does anyone believe that a majority of Americans, even black Americans, want this to happen? “The list of people who have lost their jobs or been suspended for criticizing or even questioning the BLM movement is long—and growing daily.” (The Federalist)

The day will come when old white liberals retire or die. When this happens, the Democrat Party will become the party of The Squad. More moderate Democrats will be shut out (try to find an anti-abortion advocate in the Democrat Party), and this includes millions of blacks who oppose radicalism but can’t seem to break with the Democrat Party because they believe the Republican Party is not sensitive to racial issues.

Most black people I know are conservative. Family is important. So is education. They work hard. They obey the law. They want to see their children succeed. They hate injustice. Many of them attend church and understand life from a biblical perspective. Still, most vote Democrat. It ends up being a poor return on their vote.

Consider that nearly every city where these disturbances are taking place are in Democrat states governed by Democrats. Atlanta is the exception, but it’s heavily Democrat. If the Democrats are doing such a good job, why did George Floyd die? The policeman charged with his murder had a long reputation for behavior that would get anyone else fired on the spot. Some of this lies with police unions who protect their own. Once again, most police unions support Democrats.

Those causing the disruptions are radicals (black and white) who believe if they burn it down it will rise Phoenix-like from the ashes and become a utopian paradise. It has never happened, and it will never happen.

Keep in mind that there has been little regard for black lives or black businesses in many of these Democrat-controlled cities. Radicalism knows no racial distinctions. In fact, if you’re black and do not support the “cause,” then you may be considered a traitor to your people. Black-owned businesses have been burned to the ground and black lives have been lost. For these radicals, these casualties are necessary. They are martyrs for the cause. Most people do not want to be martyrs. They don’t want to see their homes and businesses burned to the ground.

On April 5, 1968, two high school friends and I were on our way to register for the draft. It was my 18th birthday; it was also the day after Martin Luther King, Jr. was assassinated. Armed members of the National Guard were in the streets in Pittsburgh. The Hill District, once a hot spot of black culture, and restaurants, and jazz clubs that hosted people like Ella Fitzgerald and Duke Ellington was on fire. In 52 years, it has never recovered in a city run by Democrats since 1934. The  downturn did not begin in 1968.

These radicals want to change the names of buildings, army bases, and streets because of their association with the civil war era. They are even toppling statues. Some are calling for banning books and films. Will films starring black actors, written by black writers, and directed by black directors that depict blacks in an offensive way be relegated to the “memory hole”? 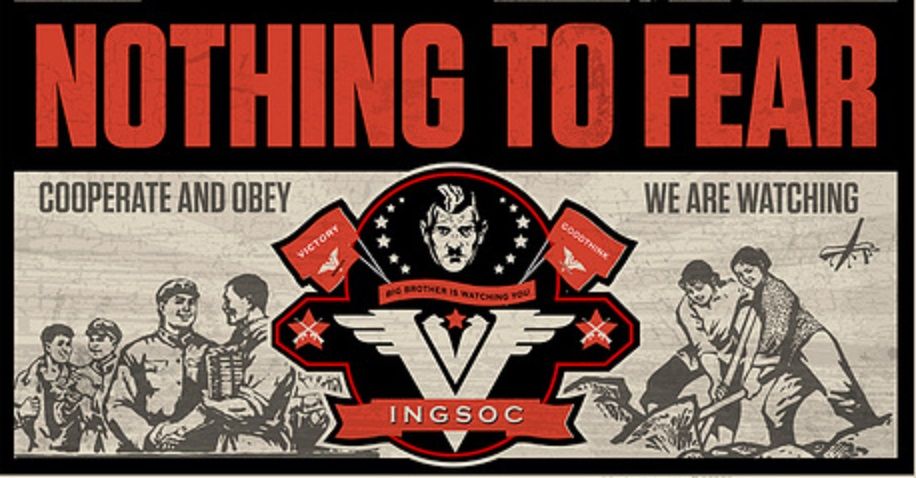 Where will this stop? “Wow. LEGO tells its stores to stop promoting police-theme sets, ‘Cops’ and ‘Live P.D.’ are taken off the air, and now police are banned from using restrooms.”

What about Pres. Roosevelt because of internment camps? Or a welcome center named after Joe Biden because of his obstructionism over desegregation?

Consider that the Democrat Party had a former KKK member in its leadership for decades. Drive through West Virginia and you will see more buildings and monuments named after Democrat Sen. Robert Byrd than another person alive or dead. A funeral was held on July 2, 2010 for Sen. Byrd on the grounds of the State Capitol where he was eulogized by then President Barack Obama and Vice President Joe Biden.

I bring this up to point out the double and selective standard of those who claim that our nation’s entire past must go. Somehow not a single Democrat or media interloper has mentioned Byrd. Why? Because he’s a Democrat.

Everyone knows that if these burning cities had been run by Republicans, it’s all we would be hearing.

My friend Dr. Gary North wrote the following in 2010:

A Jew could have left [Nazi Germany] in 1933. Hardly any Jew did. Yet any Jew who did not read Hitler’s Mein Kampf in 1933 was living in a fantasy world. Radio let people hear his speeches. Why would any Jew have remained in the country after the Reichstag fire and the new emergency laws? But they did.

Four words killed them: “It won’t happen here.” To say “it can’t happen here” was foolish. Of course it could. But they concluded that it wouldn’t. It did.

Those who read the signs, left Germany and saved their lives. Most of us can’t leave the USA, and even if we could, where would we go?

Some of us can move to conservative states, but if the Democrats get back in power, it won’t matter what state we live in.

Here’s the bottom line. Blacks need to become refugees from the Democrat Party. Moderates of all types need to leave. They need to leave in droves and immigrate to the Republican Party to help stop the revolutionaries who are hell bent in bringing down Western Civilization and don’t care who they bring down with it—black, white, Asian, Hispanic.

The Republican Party is nowhere near perfect. It has its problems. I and many others have been pointing them out for decades. We need help to change it, not so it becomes more like the Democrat Party, but so it gets out of our lives and pocketbooks and establishes a singular justice system where everyone is bound by the same laws, including the police and elected officials who seem to get rich while holding public office.