I find a lot of interesting comments on Facebook. I use it as my research platform. People dig up all kinds of things I most likely would not find on my own.

As you most likely know, prophecy is big right now because of geopolitics and a virus that is scaring some people into hiding, not to mention draconian edicts by mayors and governors to keep people from leaving their homes and getting back to work. Some see what’s coming as the fulfillment of Bible prophecy regarding the mark of the beast and buying and selling.

It’s a witch’s brew of fanciful eisegesis, reading into Bible passages things that aren’t in a text in order to protect a doctrinal system that has numerous interpretive problems. Here’s an example:

In the continuing saga of my discussion on Preterism in my group, I had to defend my position on why Matthew 24 and Luke 21 are not the same account…for those in this group who are interested here is my response…It is important to understand the differences and their impact on future prophetic events.

The Olivet discourse is literal, the application of dual prophetic fulfillment applies to Luke not Matthew….the context is different in Matthew when compared to Luke because the KEY QUESTION is different. Matthew includes the end of the age and Luke restricts the context to the destruction of the temple. They are not the same.

If you read carefully Matthew records the conversation as occurring ON THE MOUNT OF OLIVES whereas Luke records the discussion as taking place as they are LEAVING THE TEMPLE. It is a half hour journey FROM the Temple to where the Mount of Olives is located.

Luke states that “as they were talking about the temple” (21:5). Thirty minutes of banter among the disciples about what Jesus said and a walk to the Mount of Olives seems reasonable to harmonize the accounts.

Claiming that there were two separate accounts describing different events separated by thousands of years when there are so many common elements between the two accounts (and Mark’s account in the 13th chapter of his gospel) is the height of absurdity:

The simpler answer — one in line with the social, literary, and cultural practices of the NT world — is that these are the same discourse; that Luke has simply not specified the persons or place of the discourse (which are irrelevant to his reader), and has “translated” the discourse at points so that his reader (chiefly Theophilus, who was certainly a Gentile) may better understand what it means in his own terms. (Tektonics)

By harmonizing the gospel accounts, the reader gets a more complete picture even though each account is true on its own account. A liberal would claim that for each account to be trustworthy, it must be complete and identical to the other accounts. This makes no sense and is not how historical works are developed.

Luke begins his gospel by interviewing eyewitnesses, “having investigated everything from the beginning” (Luke 1:1–4, also Acts 1:1–2). One would expect that a different historical narrative would result following this procedure since he would be getting different information from different people about the same event. Some may have been privy to part of an event while others were around at other times. It depends on whom was interviewed about what.

Luke’s gospel is for a different audience. He wrote to someone named Theophilus, possibly a pseudonym. Some have speculated that Luke wrote his gospel and the book of Acts to help Paul in his legal defense.

The Apostle John writes, “This is the disciple who bears witness of these things and wrote these things; and we know that his witness is true. And there are also many other things which Jesus did, which if they were written in detail, I suppose that even the world itself would not contain the books which were written” (John 21:24–25). This means that the four gospels do not tell us everything, but what they do tell us tell us truly.

While skeptics see differences in the gospel accounts as a liability, others see them as a mark of authenticity.

Otto Scott, a journalist, editor, historian, and author of ten books, who coined the phrase “the silent majority,” was attracted to the gospel accounts of Jesus’ life because they didn’t agree on every point. Scott recounts how he became a Christian after reading the gospels.

Well, my wife was Christian and took our daughter to church all the time. I would attend out of courtesy. One night I was reading late and my little girl came out of the bedroom and wanted to know about this business of turning the other cheek. I had no idea where that idea came from, but I thought it might be the Bible. I had a Bible in the house, of course, and I picked it up and read the Gospels—all four in one swoop. It was the [differences] in the testimony of these four different men that convinced me. As a reporter I had interviewed a lot of men, and I was on the crime beat at one point. I knew that if you get four men who tell you the same story they probably are colluding because no four men see the same thing the same way. One sees one significant element; one sees another. Although there was a close resemblance in the reporting of certain incidents in the Gospels, they were not identical. I was instantly convinced. I don’t think a person could have convinced me, but those varying contemporary histories did.

Let’s look at some Harmonization issues. Consider the written legend that appeared above Jesus’ head as He hung on the cross. 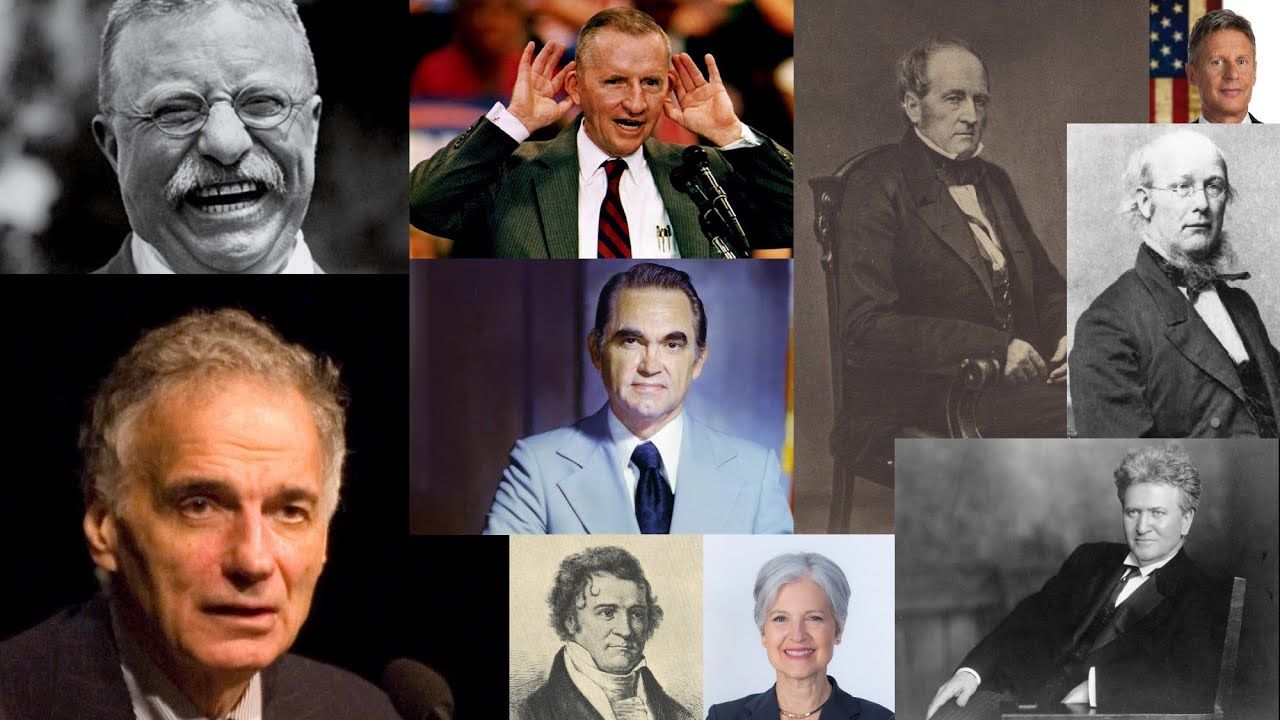 John’s account is most complete and includes all the elements of Matthew, Mark, and Luke. It’s also possible that all three accounts appeared because, as John tells us, “and it was written in Hebrew, Latin, and Greek” (John 19:20).

Notice that Matthew 12:40 does not say Jesus would be buried for three days and three nights in the heart of the earth.

One possible solution, the most widely cited one, is to maintain that a part of a day and a part of a night can mean a full day and night. This is a possibly solution, but it’s not a satisfactory one for me.

To get three full days and three full nights, to bring it in harmony with Matthew 12:40, some have moved the crucifixion back to Wednesday, claiming that Thursday was a special Sabbath, a “Passover Sabbath” and not the usual Friday-Saturday Sabbath. R. A. Torrey held this position: “To sum it all up, Jesus died just about sunset on Wednesday. Seventy-two hours later, exactly three days and three nights, at the beginning of the first day of the week, Saturday at sunset, He arose again from the grave.” ((R. A. Torrey, Difficulties in the Bible (New York: Fleming H. Revell, 1907), 107–108.)) This explanation requires a lot of exegetical meandering to explain something that may be much easier to explain given what we know how the Bible defines terms. In this case, Ockham’s razor comes into play.

Attempts to resolve this apparent contradiction center on the mistaken assumption that “heart of the earth” is a reference to the time Jesus spent in the grave. Notice that Matthew 12:40 says nothing about the crucifixion, burial, or resurrection. What did a first-century Jew understand by “heart of the earth”? That’s the question.

Jesus continually points to Jerusalem as the place where He will be betrayed and crucified: “From that time Jesus Christ began to show His disciples that He must go to Jerusalem, and suffer many things from the elders and chief priests and scribes, and be killed, and be raised on the third day” (Matt. 16:21). When did the “suffer many things” begin?: “Behold, we are going up to Jerusalem; and the Son of Man will be delivered up to the chief priests and scribes, and they will condemn Him to death, and will deliver Him up to the Gentiles to mock and scourge Him, and on the third day He will be raised” (20:17–19).

From the time of His being “delivered up” on Thursday evening in the Garden of Gethsemane to the day He “will be raised” constitutes “three days and three nights” in the “heart of the land,” that is, in Jerusalem. The Greek word gē can be translated as “earth” or “land.”

The Olivet Discourse is another example of how harmonization works. Are Matthew 24 and Luke 21 describing two prophetic events or one prophetic event with different emphases like the way there are two birth narratives, one in Matthew’s gospel and one in Luke’s gospel?

What should we make of the genealogies? Should we look for a second person or are they offering genealogical evidence from two perspectives? The latter is the case to get to a singular destination as the following chart makes clear:

The differences in Matthew’s account (left column) and Luke’s account (right column) of the destruction of the temple are little different in kind from the birth narratives in the two gospels The parallels between the two accounts are remarkable, one designed for a Jewish audience (Matthew) and one for a Gentile audience (Luke): 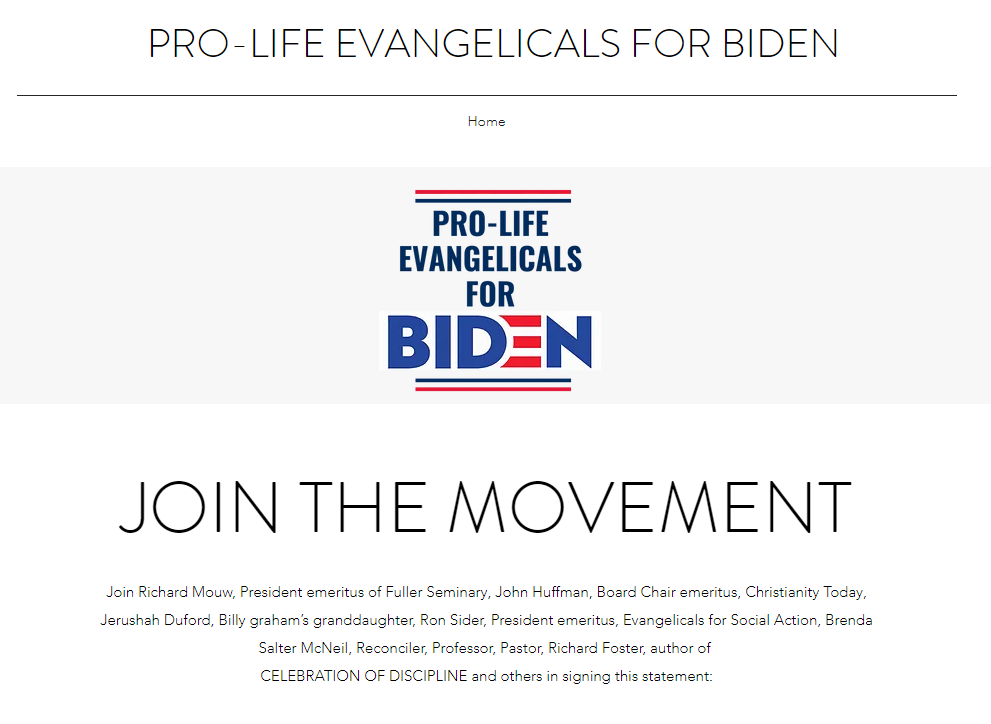 While Luke’s list in the second chart precedes the events in the first chart, there is no necessary order to such events since wars, earthquakes, and famine occurred throughout the time of the generation leading up to the temple’s destruction. These events are not meant to be in a chronological order since there were earthquakes in Matthew 27:51-54 and 28:2 and another one in Acts 16:26. Marcellus Kik writes:

And as to earthquakes, many are mentioned by writers during a period just previous to 70 A.D. There were earthquakes in Crete, Smyrna, Miletus, Chios, Samos, Laodicea, Hierapolis, Colosse, Campania, Rome, and Judea.. It is interesting to note that the city of Pompeii was much damaged by an earthquake occurring on February 5, 63 A.D. ((Marcellus Kik, Matthew Twenty-Four : An Exposition (Philadelphia, PA: Presbyterian and Reformed, 1948), 35.))

Josephus writes that “there broke out a prodigious storm in the night, with the utmost violence, and very strong winds, with the largest showers of rain, with continual lightnings, terrible thunderings, and amazing concussions and bellowings of the earth, that was in an earthquake. These things were a manifest indication that some destruction was coming upon men, when the system of the world was put into this disorder; and anyone would guess that these wonders foreshadowed some great calamities that were coming.” (Wars of the Jews, 4:4:5).

We see something similar in Luke 17 as the following chart from my book Last Days Madness (page 444) points out. Are we to assume that in Luke 17 that we should consider a third end-time event since the events listed are not found in Luke 21? The prophetic narrative is describing the same events with different elements. This proves that Matthew and Luke are describing the same prophetic time period. 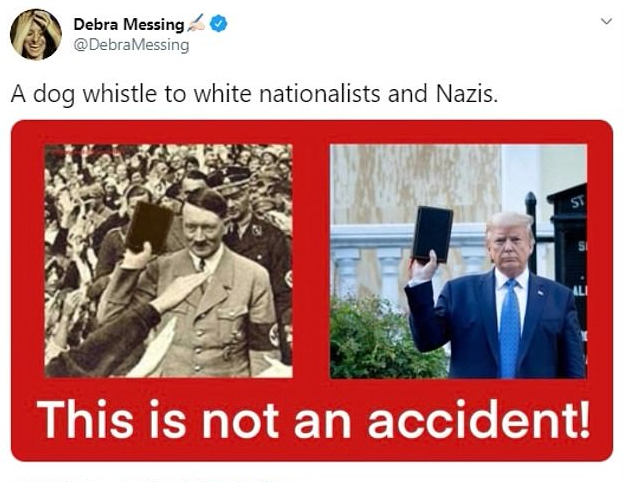 Differences in Matthew and Luke do not mean that different events separated by time are in view. We should expect to see differences or otherwise why have four gospels? Each gospel has its primary purpose and audience but when viewed as a whole the complete a more comprehensive picture of events.

For further study of this topic, see Wars and Rumors of Wars , Is Jesus Coming Soon?, The Rapture and the Fig Tree Generation, and Jesus v. Jerusalem.