The response to the article on “Homeschoolers are Only Good for Cleaning Toilets” drew a huge response from homeschool students and parents from all over the country. It was also picked up by other web sites and homeschool organizations.

I am amazed at the wonderful accomplishments of so many young people and the dedication of their parents. The e-mailer who made the “cleaning toilets” remark has no idea how diverse, accomplished, and hard working the homeschool community is. Facts are irrelevant to his atheist mindset.

There many famous people who were homeschooled. 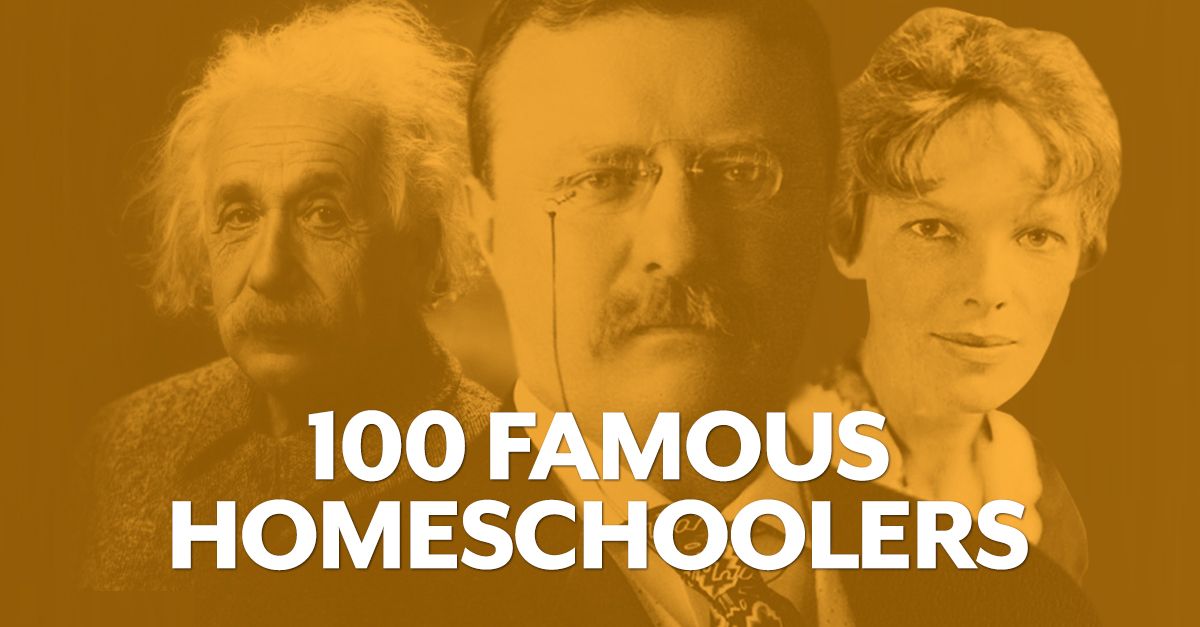 For months I received emails from him issuing challenges demanding I refute his claims that Jesus never existed, the Passover never happened, and, for example, there’s a contradiction in the stories about Jabin in Joshua 11:1–11 and another Jabin in Judges 4:23. Why he sees these two stories as contradictory is beyond me. There could have been two people named Jabin, the Jabin of Judges 4 being a descendant of the Jabin of Joshua 11. Jabin might have been a ruling title like Herod, Pharaoh, and Caesar, which are used multiple times in the Bible.

Why would a biblical editor allow such a noticeable contradiction? He wouldn’t because it’s not a contradiction.

My early emails attempted to engage him in reasonable debate. I found out early, however, that counter evidence means nothing to him, and I mean nothing. His idea of a “refutation” is to “throw the elephant,” that is, pile on selectively chosen evidence that often tells only one side of the story, to use fabricated “evidence” lifted from no-name internet sites, refuse to acknowledge any counter evidence, and misstate the nature of the debate.

In some cases, I have found that he is not at all familiar with the subject under discussion. The issue of homeschooling is a case in point. Here is his response to the comments posted in response to his charge that homeschoolers will only be good for cleaning toilets and mowing lawns:

Gary, how is it that for months there are maybe six or seven people posting on your blog total? Then all of a sudden Gary needs to prove a point, needs the old strength in numbers Christian ploy, and calls on all these invisible people to support his claims about home schooling. How many of those posts were written by real people and how many did you forge yourself? All of them? I bet not more than two or three of those posts are authentic. The rest of them sound too much like you phony. How low will you stoop, how many lies will you tell, how much crap will you shovel out of your frustration with not being able to burn me at the stake? You’ve hit a new low loser. What a fake and a phony.

I anticipated this reaction. It’s typical of the way he argues by refusing to deal with counter evidence. I’ve never asked anyone to respond to an article in this way. The original article struck a nerve in a community that is under appreciated, often misunderstood, and regularly maligned.

The atheist has a worldview to defend, and he will defend it at all costs, and contrary evidence be damned. Sir Arthur Eddington describes our e-mailer’s methodology quite well in his book The Philosophy of Physical Science: “What my net can’t catch isn’t fish.” Since the emails from homeschoolers do not conform to his preconceived ideas about homeschoolers, our e-mailer must conclude that they are fraudulent. They aren’t fish. To admit otherwise would be to question the operating assumptions of his worldview.

Instead of admitting he was wrong, he accuses me of lying, of manufacturing more than 100 emails! Now, if this is the way he handles evidence that is current and easily verifiable, can you imagine how he goes about dealing with historical evidence that is 2,000 to 3,000 years old?

My previous article was a test case to demonstrate how some people argue for their position. Facts are not neutral. They are always interpreted. So, what’s generally the next step taken by someone who doesn’t like the results of the facts? Name calling. We see it in political debates all the time. He’s a racist. She’s anti-Semitic. They’re “homophobes.” Conservatives are fascists. ((There’s an interesting exchange that takes place between the late George Carlin (1937–2008) and libertarian James Glassman on HBO’s Real Time with Bill Maher (September 9, 2005) where the fascist card is pulled by Carlin. As usual, it’s a substitute for real argument. It’s reproduced in Jonah Goldberg, Liberal Fascism: The Secret History of the American Left from Mussolini to the Politics of Meaning.)) He’s a Nazi.

But our e-mailer has gone a step beyond generalizations. Here’s his latest: “Gary do you deny any connection to the American Nazi Party? Be careful how you answer. I’ve done some research on you liar.” Of course, there’s no reason to be careful since the answer is no, and he knows it. When a debate is about to be lost, you can almost predict that the race, fascist, anti-Semitism, and Nazi cards will be played. When that happens, you know your opposition is holding “aces and eights,” the dead man’s hand.