Many Christians struggle with how to interact, give wise council, and offer sound solutions when difficult situations arise like we are experiencing with the spread of a virus that is impacting our health, the economic, and our civil government. It’s not surprising since according to a survey “recently launched Cultural Research Center based at Arizona Christian University, called the American Worldview Inventory,” only 6 percent of Americans possess a biblical worldview.

The survey asked 51 worldview questions that examined both what people believe and how they conduct their lives.

There’s little that’s new about a survey like this. The early church encountered a similar problem. In the Corinthians church, Paul addressed the issue of lawsuits among Christians. He described the unbiblical manner in the way they were handling disputes (1 Cor. 6).

The writer of Hebrews stops in almost mid-sentence in a discussion about Melchizedek because Christians had become “dull of hearing”:

Concerning [Melchizedek] we have much to say, and it is hard to explain, since you have become dull of hearing. For though by this time you ought to be teachers, you have need again for someone to teach you the elementary principles of the oracles of God, and you have come to need milk and not solid food. For everyone who partakes only of milk is not accustomed to the word of righteousness, for he is an infant. But solid food is for the mature, who because of practice have their senses trained to discern good and evil (Heb. 5:11–14).

Many Christians don’t believe there is such a thing as a biblical worldview. Christianity is only about going to heaven when you die. Anything before that inevitable event (unless it’s the rapture, which is another impediment to developing a comprehensive biblical worldview), the Bible has little to say. For an answer to this limited view of the Bible, see books like The World Our Home: Christians Between Creation and Recreation by Cornelis van der Waal and Joseph Boot’s The Mission of God: A Manifestation of Hope for Society and my article “The ‘This World Is Not Your Home’ Fallacy.”

It seems there are a lot of Christians who believe that a personal, private faith is all the Bible requires. Os Guinness described this as “The Private-Zoo Factor,” ((The Gravedigger File, (Downers Grove, IL: InterVarsity Press, 1983), 79.)) a religion that is caged so that it loses its wildness. When true Christianity is applied to any part of the world, it blossoms far more fully and colorfully than ever could be imagined. 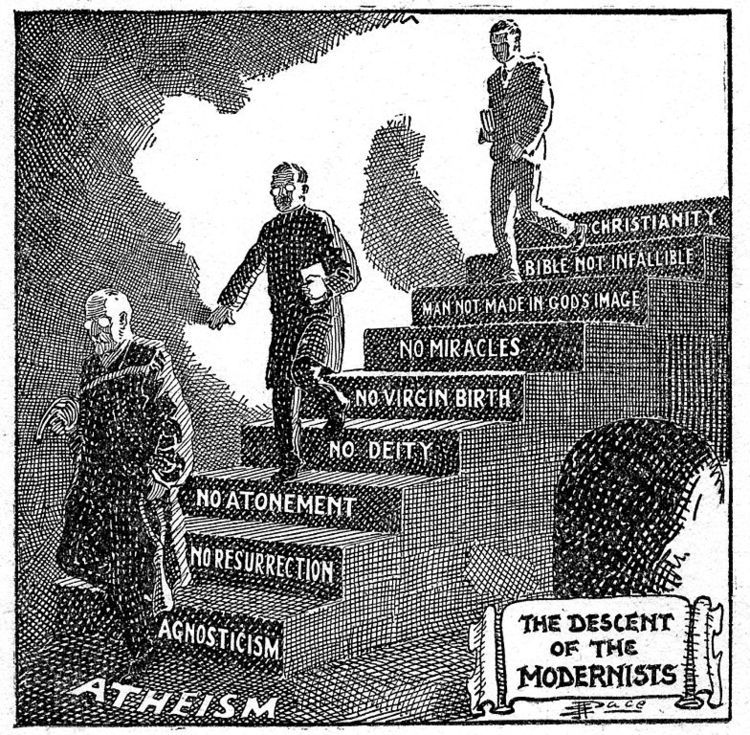 When pagans stopped believing that they lived in “an enchanted forest” and that “glens and groves, rocks and streams are alive with spirits, sprites, demons” and “nature teems with sun gods, river goddesses, [and] astral deities,” ((Nancy R. Pearcey and Charles B. Thaxton, The Soul of Science: Christian Faith and Natural Philosophy (Wheaton, IL: Crossway Books, 1994), 23–24.)) at that moment their world and everything in it changed. Everything seemed possible within the boundaries of God’s providence and law.

A Christian worldview made science possible and civil government ministerial rather than messianic. Stanley Jaki, the author of numerous books on the relationship between Christianity and science, comments:

Nothing irks the secular world so much as a hint, let alone a scholarly demonstration, that supernatural revelation, as registered in the Bible, is germane to science. Yet biblical revelation is not only germane to science—it made the only viable birth of science possible. That birth took place in a once-Christian West. ((Stanley Jaki, “The Biblical Basis of Western Science,” Crisis 15:9 (October 1997), 17–20.))

Over time, Christianity ceased to be a comprehensive, world-changing religion. “[W]here religion still survives in the modern world, no matter how passionate or ‘committed’ the individual may be, it amounts to little more than a private preference, a spare-time hobby, a leisure pursuit.” ((Guinness, The Gravedigger File, 72.)) Theodore Roszak used an apt phrase to describe much of modern-day Christendom: “Socially irrelevant, even if privately engaging.” ((Theodore Roszak, Where the Wasteland Ends (New York: Doubleday, 1973), 449.)) It wasn’t always this way:

The Bible, both the Old Testament and the New Testament, comes out of the background of a Hebrew mindset. The basic idea behind the Hebrew mindset is that God and accompanying spiritual principles permeate all of life here on earth. … I believe one of the causes of [cultural disengagement is a Greek mindset], which tells us Christians should be concerned about saving souls and going to heaven rather than paying much attention to material things like transforming our societies.

[James Davidson] Hunter, to the contrary says, “Most Christians in history have interpreted the creation mandate in Genesis as a mandate to change the world.” ((C. Peter Wagner, Dominion! How Kingdom Action Can Change the World (Grand Rapids, MI: Chosen, 2008), 40, 41.))

As long as Christianity remains nearly exclusively “privately engaging,” the secularists have no interest in disturbing a potentially sleeping giant.

The old adage that you can’t beat something with nothing applies here. How do Christians combat opposing worldviews when they don’t have the intellectual ammunition to enter the debate? Worse yet, they don’t believe there is anything to oppose since knowledge is neutral and we can agree to disagree and move on with our lives because the future is set and it’s a grim one except that the church is going to be relieved of any conflict via a mass earthly exodus called the rapture.