I’ve been corresponding with some dispensationalists on Facebook on the topic of the rapture. There are several people who claim that dispensationalism, mostly the pretrib rapture, has some historical precedent before John Nelson Darby.

I don’t have enough access to historical sources to do the necessary research, so I am dependent on what other dispensationalists put forth as evidence. For example, I found “Pretribulation Rapture Taught by Early Church” by  J.R. Church interesting:

In 1844, a bound volume of New Testament books was found in an excavation at the Saint Catherine monastery located near the foot of Mount Sinai. It is called the Sinaiticus. It contains all 27 New Testament Books, plus two others—the Epistle of Barnabas and the Shepherd of Hermes [Hermas].

In the Shepherd of Hermes [Hermas],the author relates a vision. He said, “I saw a huge beast ((“from its mouth fiery locusts issued forth”)) [corresponding to the beast of Revelation 13]. ((Hermas does not mention Rev. 13.)) The beast has four colors [corresponding to the colors of the four horsemen of Revelation 6]. It is 100 feet long. But I escaped, thanks to the grace and power of God.”

Then he meets a virgin dressed in white who says, “Thou hast escaped a great tribulation because thou hast believed and at the sight of such a huge beast, have not doubted. Go therefore and declare to the elect of the Lord His mighty deeds and say to them that this beast is a type of the Great Tribulation which is to come. If you, therefore, prepare yourselves and with your whole heart turn to the Lord in repentance, then you shall be able to escape it.”

Regardless of the stylized circumstances related in his reported vision, Hermes, nevertheless, taught a pretribulation rapture.

It’s important not to ignore “the stylized circumstances related in his reported vision.” Hermas does not argue from the biblical text. It’s based on a vision, and a weird one at that.

There are a number of ways to escape tribulation.

Notice this line from the vision that Church does not quote: “ye shall be able to escape it, if your heart be made pure and without blemish, and if for the remaining days of your life ye serve the Lord blamelessly. Cast your cares upon the Lord and He will set them straight.” There is no rapture. Hermas can escape it by being faithful for the remaining days of his life.

The beast is explained in xxiii. 5 as a figure (τυπος) of the imminent great tribulation. To the threat of this tribulation Christians may react in two different ways: their faith may waver (doublemindedness) (xxiii. 4) or they may repent and prepare themselves to face it (xxiii. 5). The doubleminded will be “hurt” (xxiii. 4) by the great tribulation and thereby experience God’s wrath (xxiii. 6). The repentant, on the other hand, will put complete trust in the Lord (xxiii. 4 f.), face the tribulation with courage (xxiii. 8), and “escape” (xxiii. 4). (Richard Bauckham, “The Great Tribulation in The Shepherd Of Hermas,” Journal of Theological Studies 25 (1974), 31.))

Church is importing his pretrib rapture theory into the word “escape.” Does “escape” mean being taken off the earth to avoid tribulation? To escape the tribulation in the lead up to the destruction of Jerusalem that took place in AD 70, all a person had to do is head to the hills on foot (Matt. 24:16–20). In Luke’s version, Jesus said the following:

But when you see Jerusalem surrounded by armies, you will know that her desolation is near. Then let those who are in Judea flee to the mountains, let those in the city get out, and let those in the country stay out of the city. For these are the days of vengeance, to fulfill all that is written. How miserable those days will be for pregnant and nursing mothers! For there will be great distress upon the land and wrath against this people. They will fall by the edge of the sword and be led captive into all the nations. And Jerusalem will be trodden down by the Gentiles, until the times of the Gentiles are fulfilled (21:20–24).

Those who heeded Jesus’ warning escaped the tribulation without ever leaving earth.

Lot and his daughters escaped God’s wrath by fleeing to the mountains: “When they [angels] had brought them outside, one said, ‘Escape for your life! Do not look behind you, and do not stay anywhere in the valley; escape to the mountains, or you will be swept away’” (Gen. 19:17).

The Israelites escaped the plagues brought on Egypt; Rahab escaped the judgment on Jericho; Daniel’s three friends were protected in the fiery furnace; Daniel was spared in the lion’s den; Joseph, Mary, and Jesus escaped from the horror of Herod’s slaughter of the children.

Thomas Ice confronted me after our debate at BIOLA (February 2002) about Francis X. Gumerlock’s statement in his book The Day and the Hour (2000), a book published by American Vision and edited by me, that “The Dolcinites held to a pre-tribulation rapture theory similar to that of modern dispensationalism” ((Day and the Hour, 80)).

If Ice and other dispensationalists want to claim the Dolcinites as proto-dispensationalists, they can have them. According to Gumerlock, Brother Dolcino and his followers “believed that they were the only true church of the latter days…. Believing they were living in the last three and a half years of End-time tribulation, Dolcino and his followers, motivated by certain Bible passages, fled ‘Babylon’ for the mountains of Piedmont. In the mountains they armed themselves for conflict with the papal forces of Clement V, in 1307 a bloodbath ensued in which four hundred of them were killed. Dolcino was burned at the stake.” ((Day and the Hour, 80)). 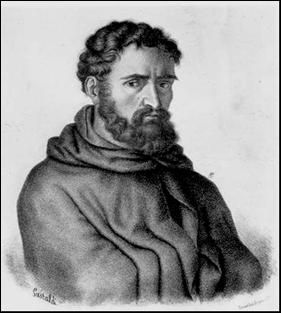 If Dolcino believed in a pre-trib rapture, why would he and his followers escape to the mountains and arm themselves?

As far as I can tell, Dolcino does not make a biblical argument for his views.

There are more problems with using Dolcino’s views to support a pre-trib rapture. The fourteenth-century text, The History of Brother Dolcino, “was composed in 1316 by an anonymous source,” ((James F. Stitzinger, “The Rapture in Twenty Centuries of Biblical Interpretation,” TMSJ 13/2 (Fall 2002), 159. See Francis X. Gumerlock, “A Rapture Citation in the Fourteenth Century,” Bibliotheca Sacra 159 (July-September 2002), 354–355.)) meaning that this text was not written by Dolcino. The original letters of Dolcino are not in existence.

Dolcino and his Apostolic Brethren were a violent cult hell bent on the purification of the Roman Catholic Church through violence that ended in their destruction. ((Gian Luca Potesta, “Radical Apocalyptic Movements in the Late Middle Ages,” The Continuum History of Apocalypticism, eds. Bernard McGinn, John J. Collins, and Stephen J. Stein (New York: Continuum, 2003), 300–302.))

Dolcino justified the actions of his followers by appealing to Titus 1:15: “To the pure all things are pure, but to the corrupt and unbelieving nothing is pure; their very minds and consciences are corrupted.”  “As reported by the Anonymous Synchronous, Dolcino maintained “[…] that it was legitimate for him and his followers to hang, behead, […] people who obey … the Roman church and burn down, destroy, […] because they were acting to redeem them and thus without sin.”

[H]e was considered by some to be one of the reformers of the Church and one of the founders of the ideals of the French revolution and socialism. In particular he was positively reevaluated toward the end of the 19th century and was dubbed the Apostle of the Socialist Jesus….

Gumerlock quotes the Historia Fratris Dolcini Haeresiarchae in an end note (the English translation is Gumerlock’s):

Again, [he believed, preached, and taught] that within the said three years Dolcino himself and his followers will preach the coming of the Antichrist; and that the Antichrist himself would come into this world at the end of the said three and a half years; and after he had come, Dolcino himself, and his followers would be transferred into Paradise, where Enoch and Elijah are, and they will be preserved unharmed from the persecution of Antichrist; and then Enoch and Elijah themselves would descend to earth to confront the Antichrist, then they would be killed by him; or by his servants, and thus Antichrist would reign again for many days. “Once Antichrist is truly dead, Dolcino himself, who would then be the holy Pope, and his preserved followers will descend to earth, and they will preach the correct faith of Christ to all, and they will convert those, who will be alive then, to the true faith of Jesus Christ” (91–92).

Even after all that we know of Dolcino and his cult, Thomas Ice still wants to claim him as someone who taught a pre-trib rapture before Darby.

This is typical of dispensationalists who will enter almost any source into evidence if it can be used to prop up their system.