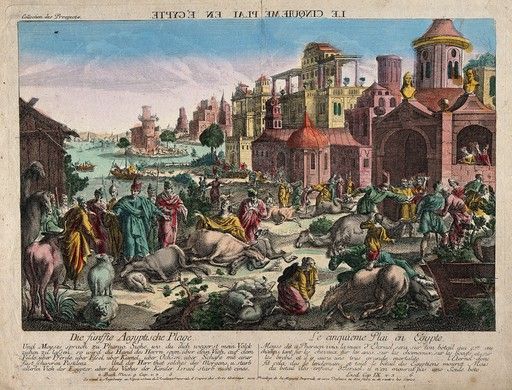 Christian commentators often turn to the story of Moses and Aaron and their encounters with the magicians of Egypt as evidence that demonic miracles are real and can rival God’s miraculous works. If miracles are a way to demonstrate God’s power and authority over the created order, then “if something or someone other than God can perform miracles, then the value of miracles for attesting to Christ’s divinity is negated.” ((André Kole and Jerry MacGregor, Mind Games: Exposing Today’s Psychics, Frauds, and False Spiritual Phenomena (Eugene, OR: Harvest House, 1998), 79.))

When Aaron threw down his rod before Pharaoh (Ex. 7:8–12), it became a serpent by the power of God. We shouldn’t be surprised that God can perform such a miracle since He created man from the dust of the ground (Gen. 2:7). For God, turning a dead stick into a serpent is child’s play. Could Pharaoh’s sorcerers and magicians also perform creation miracles? The Bible describes their “powers” as “secret arts,” or more accurately, “deceptive arts” (Ex. 7:11).

These were developed skills—conjurors tricks—that were concealed from Pharaoh and the general public. The livelihood of the magicians depended on their ability to convince Pharaoh that they had miraculous abilities. Pharaoh’s tricksters had no more power than the “magicians” who served in Nebuchadnezzar’s court and could not tell the king the contents of his dream.

Turning a staff into a serpent was a simple magician’s trick. Jannes and Jambres, the names that Paul gives to Pharaoh’s court magicians (2 Tim. 3:8), probably performed this spectacle quite often. It was their signature trick. But how did they create the illusion? Dan Korem, a trained magician, reminds us of similar illusions performed today. “The most practical method to duplicate the magicians' feat is similar to a trick performed today where a magician changes a cane to a silk handkerchief, rope or a handful of flowers.” ((Dan Korem, Powers: Testing the Psychic and Supernatural (Downers Grove, IL: InterVarsity Press, 1988), 174.))

Modern magicians regularly work with animals, so we shouldn’t be surprised if ancient magicians did the same. Here’s how it could have been done. Susan Schaffer, a reptile curator at the San Diego Zoo,

explained that to measure the length of a snake, she takes a tightfitting tube and coaxes the snake into it, as snakes like dark, tight-fitting environs. To replicate the illusion of changing a rod into a snake, a telescopic shell must be constructed to house the snake. Given the materials available during that time period, such as a piece of pliable papyrus, this could easily be made. With the snake concealed inside the “staff,” the magician would simply have to pass his hand over the shell, collapsing it at the same time, leaving the snake in its place. This action could be covered by the motion of throwing the staff to the ground, creating the illusion that the staff visibly changes to a snake. ((Korem, Powers, 174.))

Lighting would have been poor indoors, so the sleight of hand would have been easily concealed. A good magician could come up with several ways to perform this trick in a way that would convince the casual observer who probably saw what happened around Pharaoh’s court from a distance.

Here’s a short video of a trick I do to make a playing card float in mid air:

After church on Sunday, I picked R.C. Sproul’s book Moses and the Burning Bush that was on display. I was surprised to read the following and how it agreed with comments made by Korem and Kole:

Satan cannot perform miracles. The Bible warns us against the signs that Satan will perform, deceiving even the elect; but those signs are described as lying signs wonders. That doesn’t mean that they are true miracles that are performed for satanic purposes. Rather, they are false signs or tricks; they might be more astonishing than the most impressive magic acts, but they are still tricks. Satan is not God. He cannot do the things God can do. Real miracles that authenticate God’s messengers are acts that only God can do, such as creating something out of nothing or raising people from the dead. Satan can’t control the laws of nature; he’s just a magician. He’s good at his craft, but his craft is altogether evil.

Julius Schnorr von Carolsfeld, Aaron’s Rod Changed into a Serpent. Charles Foster, Bible Pictures and What They Teach Us (1860).

We saw how that took place in the confrontation that Moses had with the magicians of Pharaoh’s court (Ex. 7:10–13). Moses took that rod), threw it on the ground, and it turned into a snake. But the magicians of Pharaoh just yawned and threw their sticks on the floor too—and they all became snakes. It was the oldest trick in the history of sleight-of-hand: inside each of their sticks was a snake. The sticks collapsed, so the snakes that were already in there could come out. Pharaoh’s court thought that was all Moses was doing, too. But Moses’ “trick” was real; his snake ate all of their snakes. Those magicians were no match for Moses—because they were no match for God. ((R.C. Sproul, Moses and the Burning Bush (Sanford, FL: Reformation Trust Publishing, 2018),99–100.))

But didn’t Pharaoh’s magicians turn water into blood and produce frogs on command, replicating the miracles brought about through Moses? The miracle performed by Moses turned the Nile into blood as well as the “rivers … streams … pools … reservoirs” as well as the water in “vessels of wood and in vessels of stone” (Ex. 7:19). Pharaoh’s magicians did the same “with their secret arts” (7:22).

Their trick was to turn a small amount of water into blood. They must have gone to Pharaoh with a small pot of water and showed him how they too could turn it into blood. Magicians turn milk into confetti, a common trick performed by many stage illusionists. ((Korem, Powers, 175.)) Turning clear water into “blood” would be simple. Holding a pouch of blood in the palm of the hand—there was enough of it around—it would have been a simple thing to open it into the water. “Presto-change-o.” Water into blood!

The real miracle would have been for the magicians to turn some of the bloodied water throughout Egypt back into fresh water! This they could not do.

The plague of frogs, like the bloodied waters, occurred throughout Egypt. Once again, the court magicians went to Pharaoh and showed him that they could also produce frogs. “Magicians today produce live doves in the middle of a stage from handkerchiefs; and doves are far more difficult to handle than a docile frog.” ((Korem, Powers, 175.)) Like with the bloody water, the real miracle would have been to rid the land of frogs.

Reginald Scot, author of The Discoverie of Witchcraft (1584), takes an equally skeptical view of miraculous demonic powers being attributed to Pharaoh’s magicians. “If Pharaoh’s magicians had suddenly made frogs, why could they not drive them away again? If they could not hurt the frogs, why should we think that they could make them? … Such things as we are being bewitched to imagine, have no truth at all either in action or essence, beside the bare imagination.” ((Reginald Scot, The Discoverie of Witchcraft (New York: Dover Publications, 1972), 180.

Scot’s work was originally published in 1584, and only 250 copies were reprinted in 1886. It was reprinted once again in Great Britain in 1930. The 1972 Dover edition is the latest reprint, retaining the spelling of the original edition.))

If someone begins with the assumption that the devil can impart the ability to perform miracles, then he will see miracles in what the ancient and modern art of stage magic is. The replication of frogs was the last trick performed by Pharaoh’s magicians. They ran out of tricks. By the third miracle, “the magicians said to Pharaoh, ‘This is the finger of God’” (8:19). They knew a miracle when they saw it.