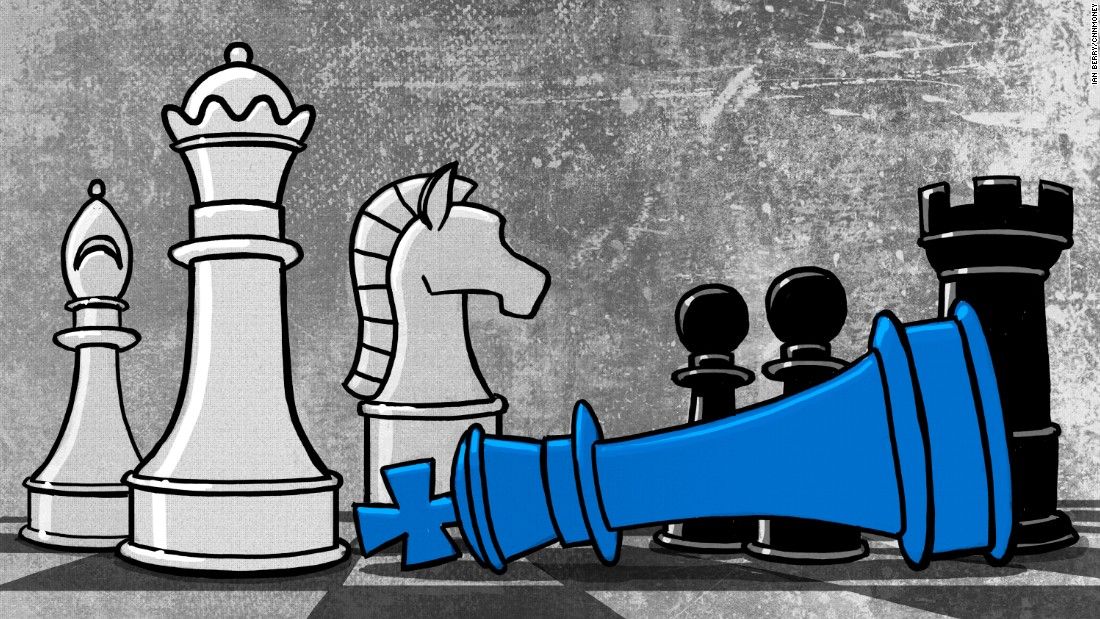 Tremper Longman III is the Distinguished Scholar of Biblical Studies at Westmont College in California where he served as the Robert H. Gundry Professor of Biblical Studies from 1998 until he retired in 2017. He is opposed to Pres. Trump and wants him impeached. He believes it is wrong from Christians to support the President.

He thinks the impeachment of Pres. Trump will be good for the church even if wholesale persecution comes. For example:

The church will always survive, but does this mean that Christians should give into persecution and loss of religious freedoms when we don’t have to? We know the enemy. It’s at our gates. It’s in our schools. Our courts are filled with anti-Christian judges. There’s a political party that wants to implement laws contrary to nearly every Christian belief the church has ever had.

If you speak out about homosexuality or transgenderism, you may lose your job. Longman says this is OK because the church will continue to thrive. The State might bulldoze your church. That’s OK because Christianity is thriving in China where churches are being bulldozed.

It’s my belief that for instance, it was a mistake for the baker not to cook the cake for the same-sex marriage. This is different than asking a baker to bake a cake with a swastika on it, the latter being a symbol of hate and violence.

The baker did not need to affirm same-sex marriage to bake the cake and so he was not forced to sin in his actions. Now true to bake the cake he might have sinned against his conscience and then he should not bake it, but rather than seeking protection for not doing so he should have accepted the consequences.

The consequence for one baker was a fine of $135,000. But that’s OK because the church will be stronger and survive. Consider:

Islamist Fulani raiders are waging a barbaric war on Nigeria’s Christians, the Wall Street Journal reported this week, in a brutal campaign to rid the country’s Middle Belt of non-Muslims.

In his first-hand account of the atrocities in the former British colony, Bernard-Henri Lévy writes the Fulani extremists now pose a greater threat than the Islamic terror group Boko Haram, and are responsible for systematic jihadist attacks involving burning, raping, maiming, pillaging, and killing.

Lévy describes the campaign as a “slow-motion war” against Nigeria’s Christians, “massive in scale and horrific in brutality.” And worst of all, he asserts, “the world has hardly noticed.”

Present throughout Nigeria and numbering between 14 and 15 million, the Fulani raiders originated in the country’s mostly Muslim north but have made their way south where they have been carrying out a reign of terror on Christians. (Breitbart)

No worries because the “church thrives better when there is little religious liberty. ‘Fear not’ is the biblical admonition.”

When Donald Trump beat Hillary Clinton in 2016, our nation was given an opportunity to stop the onslaught of evil political policies that would have been enacted if she had won. Consider what the long-term effect of her judicial appointees would have been as opposed to Pres. Trump’s picks. This includes the Supreme Court. As each day passes, Trump is appointing judges and the Senate is approving them. This is striking fear in the Democrats. Their only hope is to secure the Supreme Court to nullify rulings from Trump’s lower court appointees.

I suspect that Ruth Bader Ginsburg was waiting to retire so Hillary could appoint her successor. If Trump wins a second term, in all likelihood, Ginsburg will retire. Other conservative judges may retire as well. This means Trump must be impeached now!

Like Longman, Ginsburg wants Trump gone. She’s already interjecting her opinion about how the Senate should handle impeachment.

In my opinion, much if not all the pressure coming from the Democrats over impeachment is about abortion. They are afraid the Supreme Court will overturn Roe v. Wade. I don’t believe it will happen no matter who is on the court. Abortion will be outlawed when the church exercises its moral will, but that won’t happen because most churches no longer address these types of issues from the pulpit. Most American Christians are morally and politically ignorant. They’ve been told for decades that Christians shouldn’t get involved in politics. Their political and economic views, and now their moral views, have been shaped by a culture they refused to engage with.

The vast majority of Christians send their children to government schools where they are indoctrinated into a virulent non-Christian worldview where homosexuality is extolled, transgenderism is a real thing, and political indoctrination is the norm.

Instead of dealing with these issues within the church, Christians like Longman concentrate their efforts on removing Pres. Trump from office when they should be focused on getting Christians to remove their children from government schools. Churches wouldn’t be empty six days a week. They would be used to counter the anti-Christian worldview that pervades our nation and raise up godly young people equipped with the gospel and a Christian worldview. This bottom-up realism would transform our nation so that we would have political leaders that reflect true Christian values.

The goal would be to decrease the power, reach, and authority of the Federal Government.

The church has been on defense and capitulating to the culture for so long that it no longer knows what the church should or could be.

Longman claimed that young people and black evangelicals are leaving the church because of Christian support for Trump. I don’t know how he knows this. I believe many young people are leaving the church because of its inherent pietism and irrelevancy. The typical modern sermon is about me, mine, and ours. There is little relevance to the broader culture.

It doesn’t help that the hope of most Christians is almost entirely fixed on the world to come. The relevance of this world barely gets a mention from the pulpit. Today’s pastors, many from Reformed or Calvinist churches, are like Whittaker Chambers (1901-1961), ((He was an agent in the Fourth Section of Soviet Military Intelligence from 1932 to 1938, where he coordinated espionage activities with high-ranking United States government officials.)) who left and denounced Communism and became a Christian. In a statement before the House Un-American Activities Committee in 1948, he said the following:

I some ways, Trump is like Chambers. Chambers' testimony and the subsequent trial of Alger Hiss exposed what was then a foreshadowing of today’s Deep State, “the vision of man’s mind displacing God as the creative intelligence of the world. It is the vision of man’s liberated mind, by the sole force of its rational intelligence, redirecting man’s destiny.” Here’s the Trump analogy:

Naming Hiss to the House Committee on Un-American Activities as a Communist agent earned Chambers the full disdain of much of the political and media leadership, and was, in retrospect, the beginning of the deep social, cultural, and political divides that continue to mark American life between its elites and petit bourgeoisie [lower middle class]. ((Richard M. Reinsch, “Two Faiths: The witness of Whittaker Chambers,” Acton Institute (April 11, 2012).))

The premillennialists have their hope in an any-moment rapture that never comes, while amillennialists don’t even have that. All the amillennialists can say is, “You’ve joined the losing side this side of heaven, and if you’re persecuted and slaughtered for your faith, be of good cheer, those who will be left will be more faithful Christians.”

Temporal loss can be a good thing. It can spur people on to greater accomplishments. There is a history of this phenomenon. But capitulating to losing does nothing but make losing a spiritual badge of false piety.