Mark Hitchcock has written a free eBook for Dallas Theological Seminary titled The Truth and Timing of the Rapture that has been promoted on Facebook. When Hitchcock writes about the “rapture,” he is referring to a pre-tribulation “rapture of the Church” prior to the start of the long-postponed 70th week of Daniel’s “70 weeks of years” prophecy found in Daniel 9:24–27. He writes:

The first view of the rapture is the pre-tribulational view, which teaches that believers are going to be caught up before the Tribulation, or the seventieth week of Daniel 9. ((Hitchcock mentions five rapture views in The End: A Complete Overview of Bible Prophecy and the End of Days (Carol Stream, IL: Tyndale House, Pub., 2012). They are pre-trib, mid-trib, mid-trib, “partial” or “conditional rapture,” and post-trib.))

The pre-tribulation rapture position requires that the 70th week of the “70 weeks of years” prophecy  (490 years) be separated from the other 69 weeks (483 years). If the Bible does not teach such a separation, then the pre-tribulation rapture doctrine is false. Read the passage for yourself to see if there is any mention of anyone being “raptured” — taken to heaven — for any reason.

Hitchcock describes four rapture views but is an advocate for the pre-tribulation position. It goes like this: we are presently living in the “Church Age,” a period of time that is said to have been instituted by God when Israel rejected Jesus as its long-promised Messiah and chose Barabbas and Caesar over Jesus (John 19:1–15).

What many Christians do not know is that the pre-tribulation rapture view is dependent upon the separation of the 70th week (consisting of 7 years) from the other 69 weeks (483 years) and with the insertion of a parenthesis (now nearly 2000 years long) between the 69th and 70th weeks. I suspect that most Christians who hold to the pre-tribulation rapture position could not explain its details or defend it biblically. All they’ve heard is how they will be “raptured” before a period of tribulation takes place that will bring untold hardship on billions of people. Many people are not sure how this doctrine was developed. They’ve heard about the “rapture” for so long that they believe it is a fundamental doctrine of the Church. It isn’t. The fact that there are five rapture views with no single verse supporting any one of them should make anyone who holds any of the positions to take the time to study the topic before claiming “it’s in the Bible.”

Tim LaHaye, co-author of the fictional Left Behind ((For a critique of the Left Behind thesis, see Gary DeMar, Left Behind: Separating Fact From Fiction (Powder Springs, GA: American Vision, 2009).)) series and other books on prophecy, who shares Hitchcock’s pre-tribulation view, had this to say about the timing of the rapture and biblical support for the various rapture positions:

One objection to the pre-Tribulation Rapture is that not one passage of Scripture teaches the two aspects of His Second Coming separated by the Tribulation. This is true. But then, no one passage teaches a post-trib or mid-trib Rapture, either. ((Tim LaHaye, No Fear of the Storm: Why Christians Will Escape All the Tribulation (Sisters, OR: Multnomah, 1992), 69. Emphasis added. This book was later republished as Rapture Under Attack.))

Later in the same book LaHaye repeats his comment about there not being one Scripture passage that supports any of the rapture positions:

No single verse specifically states, “Christ will come before the Tribulation.” On the other hand, no single passage teaches He will not come before the Tribulation, or that He will come in the middle or at the end of the Tribulation. Any such explicit declaration would end the debate immediately. ((LaHaye, No Fear of the Storm, 188. Emphasis added. It’s common among advocates for the pre-tribulation rapture position to admit that nowhere in the Bible does it directly say that the Church will be raptured before the tribulation. Like Tim LaHaye, Todd Strandberg and Terry James, authors of Are You Rapture Ready?, offer a similar answer: “Pre-Trib opponents should have thought this one through because any pre-Tribulationist has the same right to say, ‘Nowhere in the Bible does it directly say the Church will go through the Tribulation’” (55). There is a biblically viable answer: Since there are no direct biblical references to support the “rapture” of the Church before, sometime in the middle, or after a Tribulation period, maybe the problem is with the doctrine itself.))

On the February 26, 1985, episode “End Times and The Great Tribulation” on the Trinity Broadcasting Network, Hal Lindsey said this about biblical support for the various rapture positions:

What needs to be found in the New Testament is a verse or series of verses that says the Church will be taken to heaven any time just before or any time during the 70th week of Daniel’s “70 weeks of years” prophecy. As LaHaye is honest enough to admit, there isn’t one, and this includes 1 Thessalonians 4:13–18 and 1 Corinthians 15:51–52. Read the passages for yourself. Nothing is said in either passage about a tribulation period, a discussion of the prophecy found in Daniel 9:24–27, any reference to God dealing separately with the nation of Israel (a crucial element of the pre-tribulation view), the Antichrist making and breaking a covenant with the Jews, a rebuilt temple, or Jesus returning “with His church” to set up an earthly millennial kingdom after the seven years. 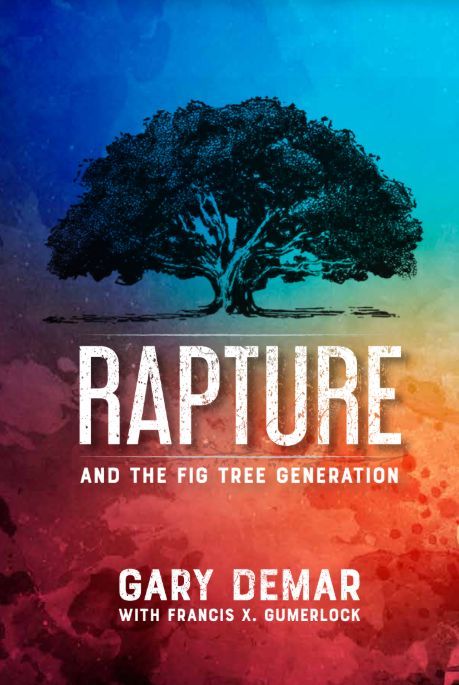 Traditionally, 1 Thessalonians 4:13–18 has been interpreted to refer to the General Resurrection at Jesus’ Second Coming, not to a separate event where Jesus comes “for His saints” in a “rapture” and then again “with His saints” at the end of the seven-year period and then one more time after Jesus reigns on the earth for a thousand years (of which the Bible says nothing). N.T. Wright explains:

Paul’s description of Jesus’ reappearance in 1 Thessalonians 4 is a brightly colored version of what he says in two other passages, 1 Corinthians 15:51–54 and Philippians 3:20–21: At Jesus’ “coming” or “appearing,” those who are still alive will be “changed” or “transformed” so that their mortal bodies will become incorruptible, deathless. This is all that Paul intends to say in Thessalonians, but here he borrows imagery—from biblical and political sources—to enhance his message. Little did he know how his rich metaphors would be misunderstood two millennia later. ((N.T. Wright, “Farewell to the Rapture,” Bible Review (August 2001): https://goo.gl/LWd5Rf))

The chart ((Taken from Todd Strandberg and Terry James, Are You Rapture Ready?: Signs, Prophecies, Warnings, Threats, and Suspicions that the Endtime is Now (New York: Penguin/Dutton, 2003), 51.)) below shows the general time-line of the pre-tribulation rapture position.

“THE CHURCH AGE” is the manufactured addition to God’s redemptive plan that separates the 70th week (7 years) from the other previous 69 weeks (483 years). The 70th week is pushed into the future and a gap in time of undetermined length is placed between Revelation 3:22 and 4:1. There is no biblical support for doing this. The first 3.5 years of the 70th week take place before the cross and the second 3.5 years take place after the cross. The “70th weeks of years” prophecy is consecutive with no postponement or gaps. Biblical scholar Ernst Hengstenberg asked, since “exactly 70 weeks in all are to elapse,… how can anyone imagine that there is an interval between the 69 and the 1, when these together make up the 70?” ((E. W. Hengstenberg, The Christology of the Old Testament, and a Commentary on the Predictions of the Messiah by the Prophets, 4 vols. (Washington, D.C.: William M. Morrison, 1839), 3:143.)) Exactly!

The pre-tribulation rapture interpretation was developed in the early part of the nineteenth century, and was made popular by the 1909 and revised 1917 Scofield Reference Bible. ((Hitchcock offers some debatable historical evidence for his claim that elements of the pre-tribulation rapture view have a longer history. He appeals to a Brother Dolcino who died in 1307. I was surprised by Hitchcock’s use of Dolcino since he believed the following: “‘Once Antichrist is truly dead, Dolcino himself, who would then be the holy Pope, and his preserved followers will descend to earth, and they will preach the correct faith of Christ to all, and they will convert those, who will be alive then, to the true faith of Jesus Christ.’” This is quite different from the view held by Hitchcock who believes that once the Antichrist is vanquished Jesus will rule on earth, not “Dolcino himself, who would then be the holy Pope” who would convert the people to the Roman Catholic faith. See Hitchcock, Could the Rapture Happen Today?, 135. The Dolcino reference is found in Francis X. Gumerlock, “A Rapture Citation in the Fourteenth Century,” Bibliotheca Sacra 159 (July-September 2002), 354-355.)) The newness of the position does not mean it’s wrong, but it does give reason to question it.