New Publishing Project on Apologetics in Production and Much More

Since being back at American Vision, we have produced a lot of new material with more to come. The one I’m most excited about is the publication of 22 lectures that Dr. Greg L. Bahnsen gave at American Vision’s Life Preparation Conferences. I listened to them again while driving. They are some of the best material Dr. Bahnsen has given. Greg was at his best as he delivered these talks to high school and college students.

There is a wealth of material in these talks that you won’t find anywhere else. They are filled with sound reasoning, biblical application, and numerous illustrations. Greg had a huge impact on my life. Much of my work is an extension of his.

The lectures have been transcribed and are being edited and proofread.

American Vision needs funds to publish the book when the preliminary work is finished. A one-time donation or monthly donation would be deeply appreciated.

As you know, I returned as President of American Vision in March of this year. A lot has taken place since then. Here’s a list of some of what we have been able to accomplish: 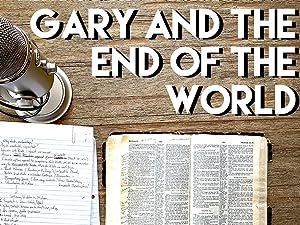 Video content is big. We’re seeing an uptick in Facebook traffic as a result. This means we’ll be doing more. This also means we will need to buy some of our own equipment.

These and other planned projects require funding. I don’t like asking people for money, but it’s an inevitable part of American Vision’s ministry. It’s almost impossible to get material published through mainline Christian publishers.

American Vision is looking for monthly donors and some people who would be willing to fund the Bahnsen project. We need around $5000 to complete the project that includes transcription costs, proofreading, editing, and printing, and promotion.

Anything you can do will be appreciated and put to good use.

Donations can be given electronically by clicking here or sent to:

Thank you very much for your support.