I read about your anti-bullying campaign being promoted with Kellogg’s Altogether Cereal. This would have been a good effort if you had not promoted a sex act. The use of the rainbow and describing some-sex sexuality as “gay” should tell you that this movement has something to hide. Kellogg’s has teamed up with the Gay & Lesbian Alliance Against Defamation (GLAAD) organization to celebrate anti-LGBTQ bullying with the launch of a special edition “All Together” cereal.

By what I am seeing, Kellogg’s does not really believe in “We All Belong Together.” 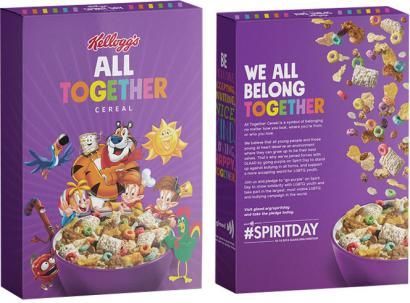 Have you ever seen images of the Civil Rights marches? Note the dignity of all involved. 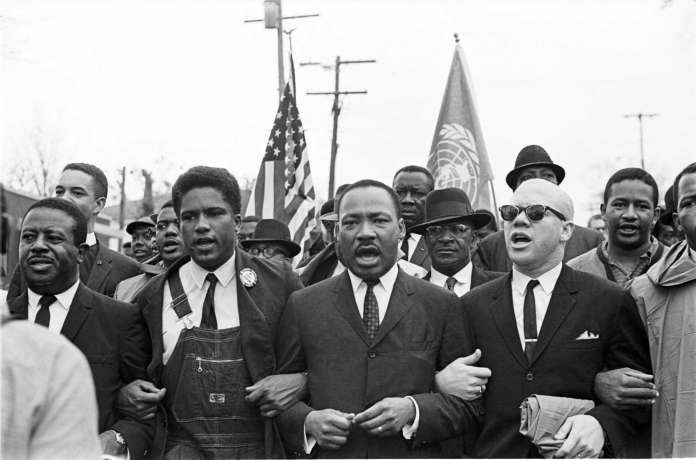 Here’s a contrast for you to consider. Have you ever watched a “Gay Pride Parade”? What other self-identified group promotes itself with public acts of debauchery? 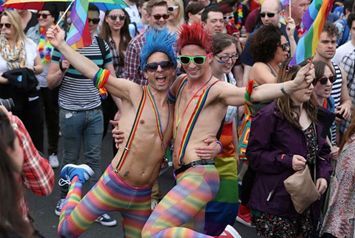 I can’t show some of the more lewd and debauched images. Gayness is about a certain type of sexual lifestyle. Who has parades for this type of behavior?

You are not promoting anti-bullying. You are promoting a sexual movement that is unnatural and immoral.

Why is it that Kellogg’s is not advocating for people who are being bullied by homosexuals? Chick-fil-A was forced to close its newly opened store in the UK because of bullying tactics by homosexuals. Chick-Fil-A is bullied every time they open up a new restaurant. It’s happened several times in New York City: 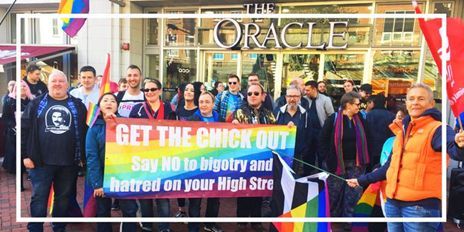 Business owners in the United States have been sued because they refuse to promote sexual behavior that goes against their beliefs. One woman was fined $135,000 because she would not make a cake with a message she cannot support. There have been other similar legal suits by homosexual bullies.

There are homosexual bullies trying to put people out of business. Is Kellogg’s not interested in their plight?

Have you noticed how many conservatives have been bullied? The latest example happened to Sen. Rand Paul. A couple from New York bullied him while he was eating in a restaurant. Here’s the link to the video: https://twitter.com/i/status/1185329130922860544

In 2017, Sen. Paul was tackled by his neighbor over a lawn care dispute and had several ribs broken. Let’s not forget the Democrat shooter that tried to kill Republican congressmen.

Then there were some Asians who were bullied for wearing MAGA hats. Let’s not forget how the media bullied students from Covington Catholic High School in Kentucky. Many of the boys were wearing “Make America Great Again” hats and T-shirts. They were in Washington, D.C., to attend the March for Life. 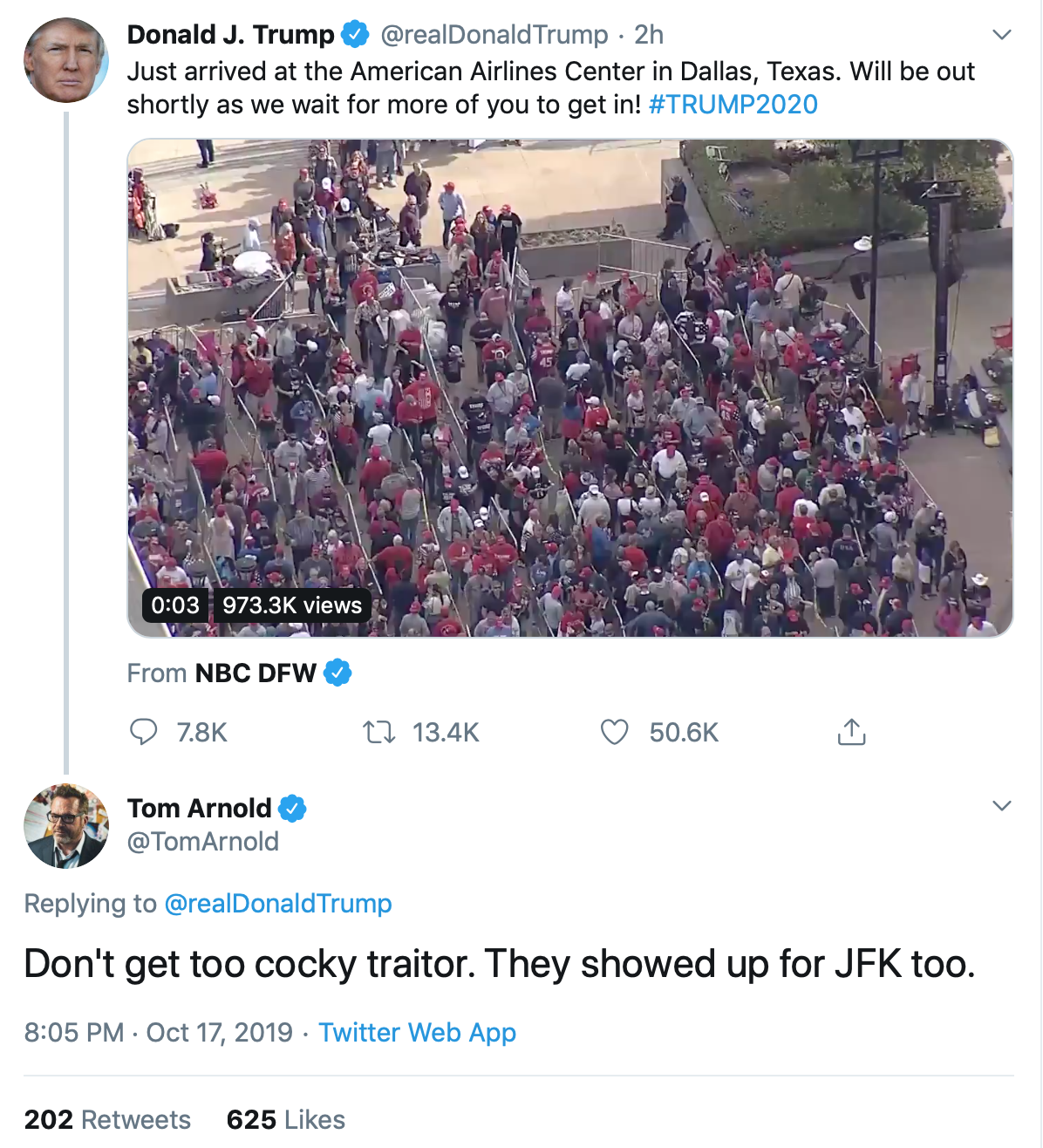 The View’s' Joy Behar boasts about bullying Trump supporters while she vacations, calls for ‘President Nancy.’

“President Trump, perhaps inspired by [Nazi Minister of Propaganda Joseph] Goebbels and the propagandists of the Third Reich, seems to employ this tactic that the bigger the lie, the more obscene the injustice, the more dizzying the pace of this bizarre behavior, the less likely we are to be able to do something about it,” O’Rourke said.

O’Rourke’s comparison of Trump to the infamous Nazi propaganda minister even caught [Al] Sharpton off guard.

“Did I hear you correctly say that perhaps [Trump] was influenced by [Goebbels] and the Third Reich in terms of telling a big lie? I just want to make sure that’s what I heard you say,” he followed up.

O’Rourke answered in the affirmative — and doubled down.

“That’s right. There is so much that is resonant of the Third Reich in this administration, whether it is attempting to ban all people of one religion and saying that Muslims are somehow inherently dangerous or defective or disqualified,” O’Rourke said. “Outside of Nazi Germany, it’s hard for me to find another modern democracy that had the audacity to say something like this.”

The following image was posted by Barbra Streisand on Twitter depicting President Trump being impaled by the heel of the shoe of Nancy Pelosi: 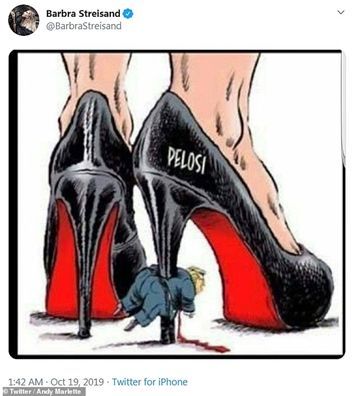 Later, she posted this one: 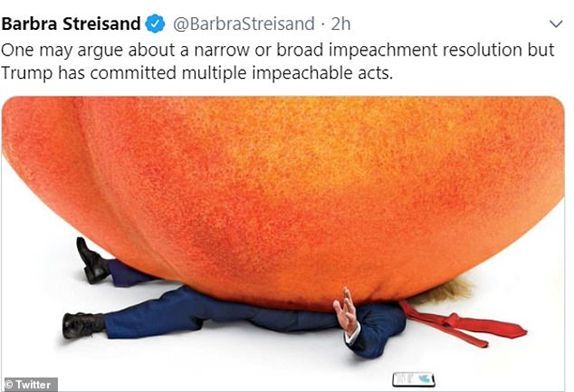 There was Kathy Griffin’s severed Trump head. The play where Trump was assassinated. Don’t forget Sarah Huckabee Sanders and her family who were forced from a restaurant because the owners did not like her politics and the fact that she worked for Trump.

Here’s the latest one from.

A billboard for an athletic wear company Dhvani features “various women humiliating a man who looks like President Donald Trump, including one pose where he is being hogtied.” 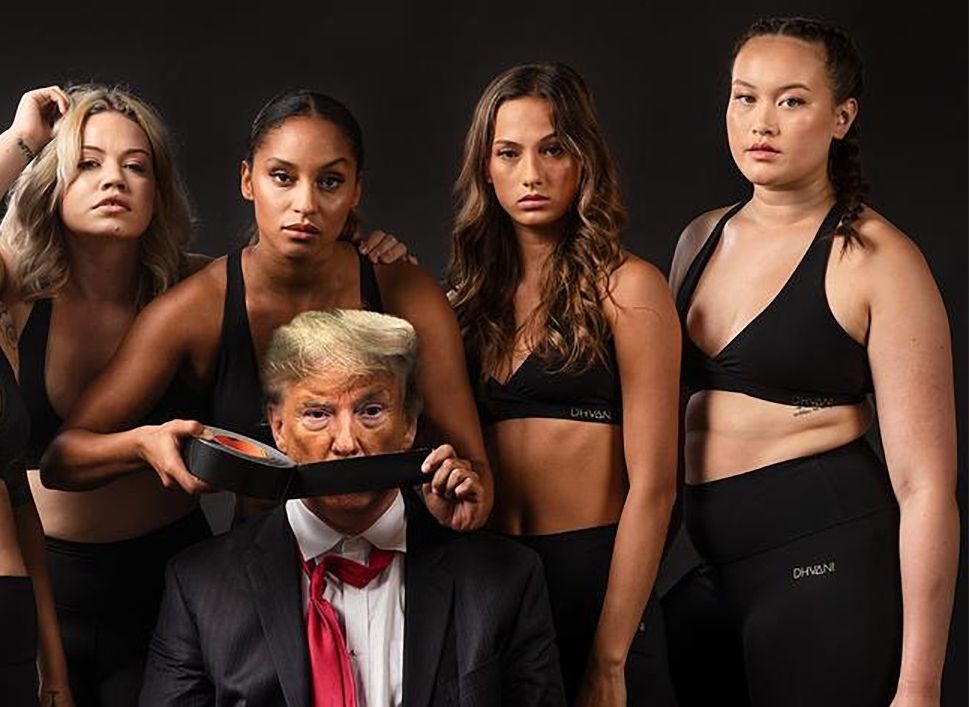 To demonstrate how offensive this was, even Planned Parenthood couldn’t go along with the pro-abortion organization.

Planned Parenthood does not endorse this campaign, nor will we be accepting funds raised by this campaign,” said Senior Vice President Melanie Newman in a press release Friday. 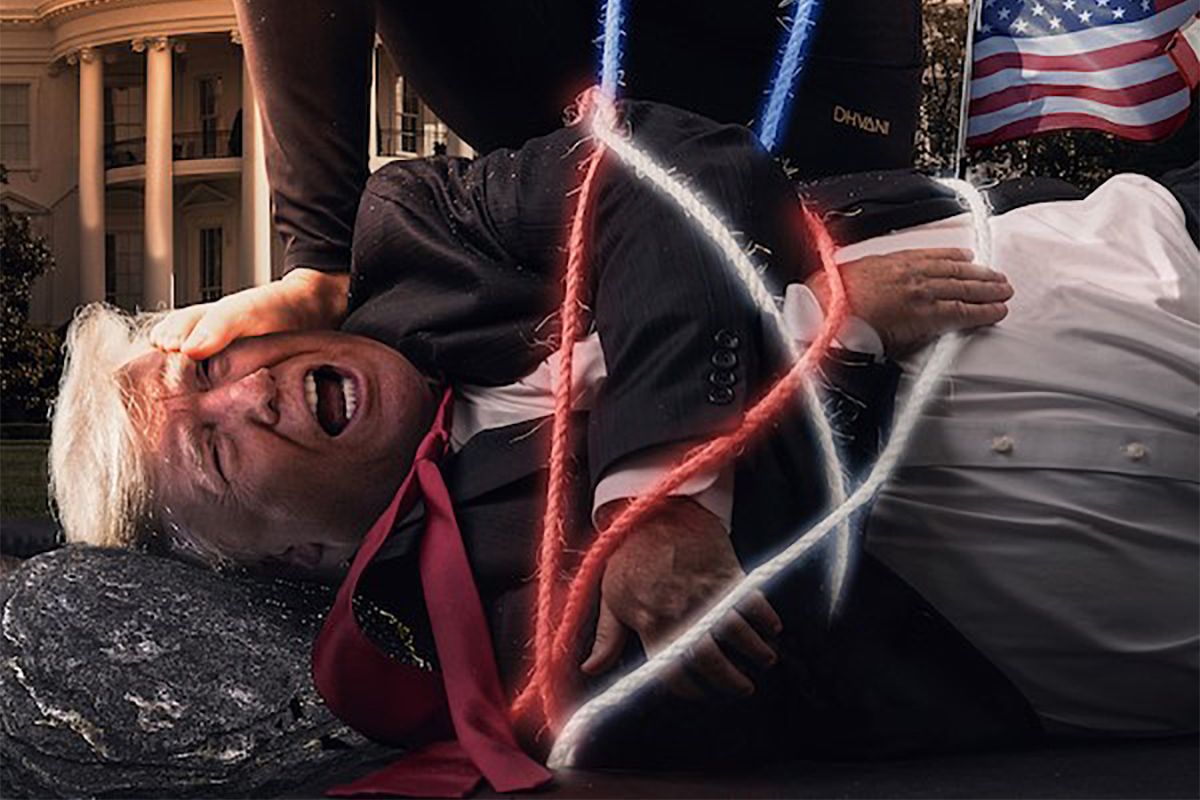 That’s saying something since PP has no problem killing unborn babies.

Kellogg’s is not fooling anyone. Your company has been coopted by people who no longer have a moral foundation of what constitutes truth. Your company’s founder, John Harvey Kellogg (1852–1943) would be horrified at the direction its current leadership has taken Kellogg’s.