Question: Why aren’t there enough votes to elect God-honoring candidates?

Answer: Because there aren’t enough Christians who understand the basic biblical principles of government.

Since the 1976 election, there has been a Christian voting block. Jimmy Carter was the first “Born Again” President. He turned out to be a disappointment. He was pro-abortion, pro-homosexual, and pro-big government. Reagan followed with two terms. He started off well but then succumbed to Establishment pressure.

Gary North writes, “as President, he left a conflicting legacy.”

1. He got Congress to lower marginal tax rates (1981). 2. He accepted hikes in Social Security taxation (1983) 3. He put Bush on the ticket, launching that dynasty. 4. He staffed his administration with Bush’s people. 5. He ignored them on the USSR. 6. He bankrupted the Soviet Union: arms race. 7. He ran annual $200 billion deficits (1983-88) 8. He vetoed few spending bills. 9. He articulated the free market line. 10. He articulated optimism about America. 11. He left Carter’s legacy as “malaise” (Carter never said it.) 12. He galvanized the New Christian Right. 13. He established a new standard for Presidential rhetoric.

Christians entered politics as a defined voting block based on some easily identified single-issue policies. Most did not have a developed biblical philosophy of government. To help remedy this situation, I wrote a three-volume work titled God and Government (1982-1986) that is now available in a one-volume hardback edition.

Many of these single-issue Christian voters did not have a comprehensive biblical worldview. They continue to send their children to government schools, embrace a social welfare economic system, and often support unbiblical wars. North described this as “The Intellectual Schizophrenia of the New Christian Right” in The Failure of the American Baptist Culture. It remains with us today. It explains why we are not making much headway culturally and politically and we are stuck with voting for less than desirable candidates to keep from being inundated with what the Democrat Party would unleash upon our nation if they gain control of the presidency and Congress. 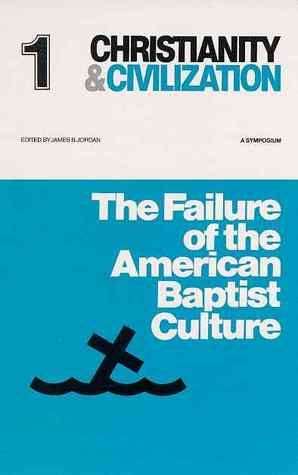 When a politician starts talking about “income inequality” and promises to use the authority and force of government to “correct” it, that person is a Marxist, and the people who voted for him because he made such a promise are also Marxists. The thing of it is, there are millions of Christians who vote like Marxists rather than Moses. The law of Moses (actually, the law of God) states, “You shall not steal,” and I would add, even if by the vote of a majority or if it feels like the right thing to do.

There are a lot of elected officials who claim to be Christians but who vote like Marxists. When it comes to voting in an election, the majority of candidates running for office are devoid of any knowledge of how a civil government should function. It’s a real dilemma since not to vote until the near-perfect candidate makes his or her appearance – thousands of them from city, county, state and federal elections – means that even less qualified candidates gain power and lord it over us.

The current batch of Democrat candidates running for President is a perfect example. They are some of the most radical politicians that the United States has ever produced.

A Facebook friend did not believe it was a moral problem for people to vote for somebody who was going to use his or her political office to take money from some people to give it to other people. It’s the American way! All you need is a majority. Here’s my response:

Would it be OK to get a majority to rob a neighbor because he has more stuff than you do? But somehow it’s OK to elect people to political office to take some of your neighbor’s stuff and pass it around to you and your friends.

He claimed that “Bill de Blasio does not embrace Marxism, but rather, adheres to ‘democratic socialism.’” I feel so much better knowing that, and apparently you should too. He even helps us out with a definition:

According to the YOUNG DEMOCRATIC SOCIALISTS OF AMERICA, “Democratic socialists believe that both the economy and society should be run democratically—to meet public needs, not to make profits for a few. To achieve a more just society, many structures of our government and economy must be radically transformed through greater economic and social democracy so that ordinary Americans can participate in the many decisions that affect our lives.”

I was hoping that he was only being sarcastic. He wasn’t.

He went on to write, “De Blasio’s hope, as far as I can tell, is to bring greater economic health/balance to NYC via ‘democratic’ means that will help those who are economically less fortunate than the uber-wealthy who are inhabiting The Big Apple.”

I pointed out that we don’t live under Caesar, and if we did, we should do everything in our power to relieve ourselves from his tyranny and rule.

The naiveté of so many Christians is frightening, especially when such acculturated Marxist sitting in church each Sunday appeals to the Bible to use it as a way to empower Caesar, the same Caesar that crucified Jesus and put Christians to death. Notice how he wraps his confiscatory policies in redemptive terms:

[W]e have the scarlet thread of redemption [in the Bible] that is seen against the backdrop of many principles that are God-centered; principles by which we are to live: i.e., compassion, love, gentleness, understanding, tender-heartedness, mercy, etc. Today, we live in a democratic-republic society where, at least on the local level, people CAN and DO make decisions based on votes. Sorry, that’s the way it is. That’s the system we have. If you don’t like it, well … go vote for what you do like. As for Cuba, North Korea, and Communist Russia/China, making reference to those kinds of regimes in a friendly discussion about De Blasio is a bit … over the top.

This discussion is first about ethics and only secondarily about politics. Yes, we know people vote for immoral policies. That may be the “way it is,” but it’s not the way it should be. Posting pictures of adorable babies is not a remedy for what they might face 20 years from now. The decisions we make today will impact them tomorrow.

It’s always “over the top” until the people who were put into power come after your property. When the Sixteenth Amendment was proposed, the people who naively supported it were told that it was a way to extract money for the super-rich. It was for “the other guy.” The people were warned and duped.

I’m sure those who warned the people about the regimes of Hitler, Castro, Stalin, and Mao were accused of being a “bit over the top.”

It’s called theft. If you want to be loving and merciful, then use your own money as millions of people in America do every day. The politicians want the people to believe that they are the ones who are being compassionate when they vote for higher taxes and more wealth confiscation and redistribution.

What my Marxist-sympathetic friend does not understand is that policies like those of de Blasio and every Democrat running for President of the United Staes have created more misery, poverty, and despair than the “uber-wealthy” have ever done.

So the next time you go to church, you may be sitting next to a Marxist who will vote to have some politician pick your pocket in the name of Jesus and call it biblical truth.