While I was visiting my friend Mike Britton (who’s been in a coma for more than a year), I spoke with a man who had been discipled by Mike. He’s been teaching a Bible study on prophecy. We spoke on the phone. He told me about a back-and-forth debate he was having with a friend. His friend would not look at alternative arguments, no matter how authoritative. When he was confronted with some hard facts, he dismissed them.

One of his arguments was that the early church fathers knew nothing of preterism, the prophetic view that most of the New Testament prophecies were fulfilled in the events leading up to and including the destruction of Jerusalem in AD 70. This is a common claim. It’s a false claim, cited so often that it’s become as authoritative as the Bible.

Much of the debate over preterism comes down to when a document was written. This is especially true for the book of Revelation. ((Kenneth L. Gentry, Jr., Before Jerusalem Fell: Dating the Book of Revelation, rev. ed. (Powder Springs, GA: American Vision, 1998).)) If a document was written prior to the destruction of Jerusalem which occurred in AD 70, then any statement about future prophetic events could be a reference to that event. The burden of proof is on the futurist to prove otherwise. 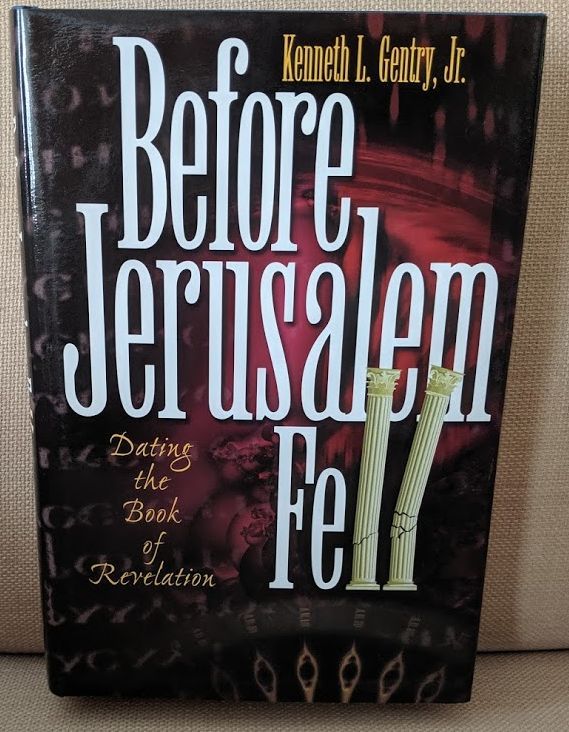 Many prophecy writers make claims about the early church fathers. Thomas Ice has written, that there’s not a “shred of evidence” of preterism among the early church fathers. One of the first places a critic of preterism turns is to the Didache. The Didache, also known as “The Lord’s Teaching Through the Twelve Apostles to the Nations (Διδαχὴ Κυρίου διὰ τῶν δώδεκα ἀποστόλων τοῖς ἔθνεσιν),” is probably the oldest surviving extant piece of non-canonical, extra-biblical literature that the church has available to study. It claims to have been written by the twelve apostles, but this cannot be proved. ((“It purports to be the Lord’s teaching through the Twelve to the Gentiles.” (Sherman E. Johnson, “A Subsidiary Motive for the Writing of the Didache,” in Massey H. Shepherd and Sherman E. Johnson, eds., Munera Studiosa: Studies Presented to W. H. P. Hatch on the Occasion of his Seventieth Birthday [Cambridge, MA: Episcopal Theological School, 1946], 122. Quoted in Kurt Niederwimmer, The Didache: A Commentary, trans. Linda M. Maloney [Minneapolis: Fortress Press, 1988], 3, note 14).)) While a copy of the full text of the Didache was not discovered until 1873, there are references to it in Clement of Alexandria’s Miscellanies, ((Miscellanies, 1, 20, 100.)) Eusebius’s Ecclesiastical History, ((Ecclesiastical History, 3.25. Eusebius makes many preterist arguments, something that even Thomas Ice admits.)) and Athanasius’s Festal Letter. ((Festal Letter, 39.)) 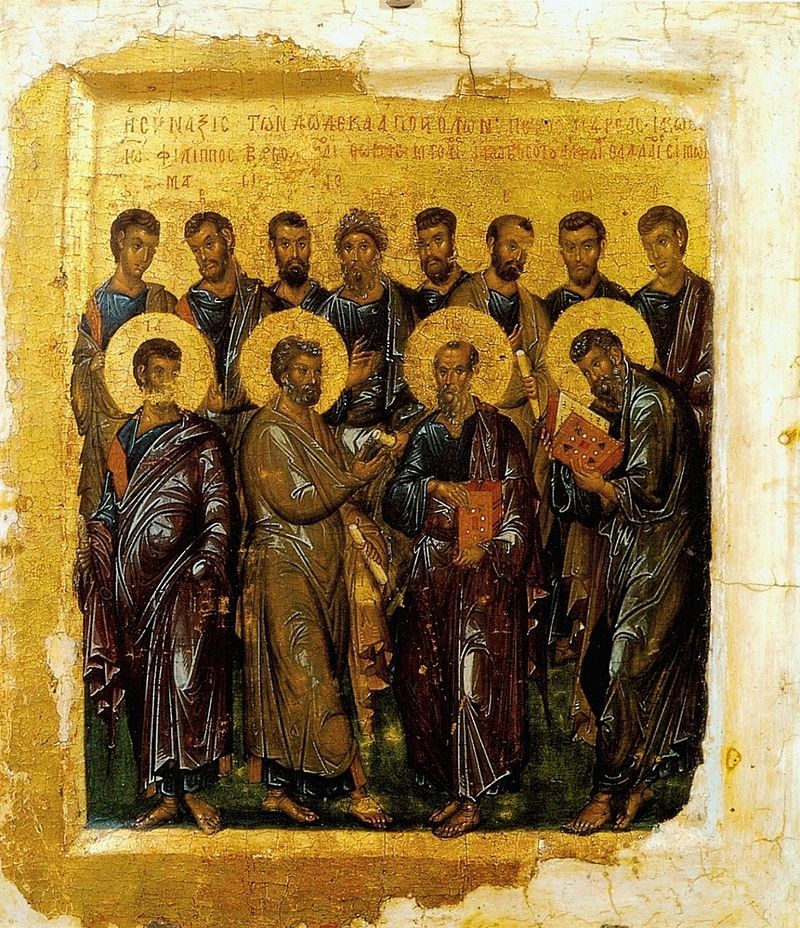 The verses quoted from Matthew 24-25 in Didache 16 obviously refer to future events from the perspective of the author(s). Of course, if the Didache was written prior to the destruction of Jerusalem in A.D. 70, then preterists have their “shred of evidence” that Thomas Ice says does not exist. MacArthur maintains that “most scholars believe it was written near the close of the first century, most likely after A.D. 80.” ((MacArthur, “Signs in the Sky,” 112.)) He does not offer a source for his assertion. The dating of the Didache, like many of these very early documents, is debatable. But there is a good reason to place its composition early, prior to the destruction of the temple.

Didache authority Kurt Niederwimmer, after a thorough study of the document, concludes that “the date of the Didache is a matter of judgment.” ((Niederwimmer, The Didache, 53.)) In addition to MacArthur’s “most scholars,” none of whom he cites, other scholars believe that the Didache was composed before A.D. 70. “Many English and American scholars once dated the text to the late 2nd century AD, ((F.L. Cross, ed., “Didache,” The Oxford Dictionary of the Christian Church (New York: Oxford University Press, 2005.)) a view still held today, but most scholars now assign the Didache to the first century.”

In the authoritative work The Apostolic Fathers, we read the following:

A remarkably wide range of dates, extending from before A.D. 50 to the third century or later, has been proposed for this document. . . . The Didache may have been put into its present form as late as 150, though a date considerably closer to the end of the first century seems more plausible. The materials from which it was composed, however, reflect the state of the church at an even earlier time. The relative simplicity of the prayers, the continuing concern to differentiate Christian practice from Jewish rituals (8.1), and in particular the form of church structure–note the twofold structure of bishops and deacons (cf. Phil. 1:1) and the continued existence of traveling apostles and prophets alongside a resident ministry–reflect a time closer to that of Paul and James (who died in the 60s) than Ignatius (who died sometime after 110). ((Michael W. Holmes, ed., The Apostolic Fathers: Greek Texts and English Translations, rev. ed. (Grand Rapids, MI: Baker Books, [1992] 1999), 247-248. Emphasis added.)) The definitive work on the Didache was written by the French-Canadian Jean-Paul Audet who concluded “that it was composed, almost certainly in Antioch, between 50 and 70,” ((John A. T. Robinson, Redating the New Testament (Philadelphia: Westminster Press, 1976), 323.)) “contemporary with the first gospel writings.” ((Jean-Paul Audet, La Didachè: Instructions des Apôtres (Paris: Gabalda, 1958), 187-210.))

In an earlier edition of The Apostolic Fathers we read a similar conclusion: “In his very thorough commentary J.-P. Audet suggests about A.D. 70, and he is not likely to be off by more than a decade in either direction.” ((Michael W. Holmes, ed., The Apostolic Fathers: Greek Texts and English Translations of Their Writings, 2nd ed. (Grand Rapids, MI: Baker Book House, 1992), 247. Holmes references Audet, La Didachè, 187-206.)) Even liberal scholars, who tend to date all New Testament documents late, acknowledge the evidence for an early date for the Didache. For example, Stephen J. Patterson comments that the trend is to date the document early, “at least by the end of the first century or the beginning of the second, and in the case of Jean-P. Audet, as early as 50-70 C.E.” ((Stephen J. Patterson, The Gospel of Thomas and Jesus: Thomas Christianity, Social Radicalism, and the Quest of the Historical Jesus (Santa Rosa, CA: Polebridge Press, 1993), 173.)) Andrew Louth writes that many scholars would date the Didache “earlier than the New Testament itself.” ((Andrew Louth, Early Christian Writers (London: Penguin Books, 1968), 189.))

Aaron Milavec’s 1000-page study of the Didache also places its composition sometime between A.D. 50 and 70. ((Aaron Milavec, The Didache: Faith, Hope, and Life of the Earliest Christian Communities, 50-70 CE (Mahwah, NJ: Paulist Press, 2003). Milavec contends that the Didache is not dependent on Matthew’s gospel: “Even in those instances where there is close verbal agreement [with Matthew], the logic and order of the Didache is openly in conflict with what one finds in Matt 24.” (Aaron Milavec, “Synoptic Tradition in the Didache Revisited,” Center for the Study of Religion and Society, University of Victoria [no date], 19. www.didache.info). Also see E. Earle Ellis, The Making of the New Testament Documents (Boston: Brill Academic Publishers, 2002), 55.))

So then, if the Didache was written prior to the destruction of Jerusalem in AD 70, as many scholars suggest, then its use of prophetic passages later found in Matthew 24-25 to describe events that were yet to take place, including “the Lord coming upon the clouds of heaven” (Matt. 24:30), makes perfect sense given a preterist interpretation of the Olivet Discourse.