You may have heard the comments that Pres. Trump made about Baltimore. While the Democrats are blasting the President over border policies, the cities that Democrats run are falling apart. Rep. Elijah Cummings (D-MD) is one of Trump’s biggest critics, and yet the district he represents has been described as “rat infested,” not just by Pres. Trump but by a PBS documentary titled Rat Film.

Across walls, fences, and alleys rats not only expose our boundaries of separation but make homes in them. “Rat Film” is a feature-length documentary that uses the rat—as well as the humans that love them, live with them, and kill them–to explore the history of Baltimore. “There’s never been a rat problem in Baltimore, it’s always been a people problem.”

“Rat Film,” a documentary that takes the decades-long fight waged against Baltimore’s rat population and uses it as a lens through which to look at how the city has addressed myriad social issues over the decades, airs tonight on PBS.

“If he spent more time in Baltimore,” Pres. Trump tweeted, “maybe he could help clean up this very dangerous & filthy place.”

Even Bernie Sanders denounced the city in “2015 when he likened Cummings’ West Baltimore district to a ‘Third World country.’ Anyone who took the walk that we took around this neighborhood would not think you’re in a wealthy nation. You would think that you were in a Third World country,’ Sanders said during a tour of the city in the aftermath of riots over the April 2015 death of Freddie Gray, an African-American man who died after falling into a coma while in police custody.”

And yet, typically, Sanders blasted Trump’s comments even though they were almost identical to what Sanders discovered and said about the city at least two times in the past few years. There was this from 2016:

Not a single Democrat objected. Note the number of likes, most likely by Democrat Socialists.

Pres. Trump is right in denouncing Cummings and the Democrats by playing the race card to divert attention from corrupt Leftist policies:

The Democrats always play the Race Card, when in fact they have done so little for our Nation’s great African American people. Now, lowest unemployment in U.S. history, and only getting better. Elijah Cummings has failed badly!

Consider the homicide rate in Baltimore. Chicago, another city run almost exclusively by Democrats, gets all the bad attention, but it’s Baltimore that has a higher homicide rate:

The facts can’t be disputed, but they can be ignored and blamed shifted to Pres. Trump for pointing out the truth. It’s no wonder that the Leftist Baltimore Sun diverted attention away from the truth with the following ad hominem attack: 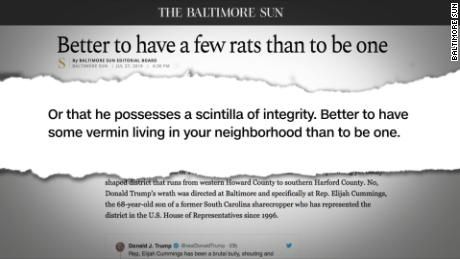 “In the 1950s and early ’60s, Baltimore was booming,” begins John Perazzo in his elegy and indictment of the ruin that the Democrats wrought. “In 1967, however, this prosperity began to vanish when the city government was taken over by a string of Democratic mayors.”

The New Shame of the Cities, Perazzo’s pamphlet for the David Horowitz Freedom Center, is a vital counterweight to the mendacious cries of racism that have descended on President Trump for daring to speak the truth about Baltimore and Rep. Elijah Cummings. (Front Page Magazine)

A number of black “leaders” have made their living by promoting black victimhood and white guilt. Jesse Jackson has been shaking down corporations with the scam for decades. Booker T. Washington (1865–1915) warned of such people within the black community in his 1911 book My Larger Education. He described them as “problem profiteers”:

There is another class of coloured people who make a business of keeping the troubles, the wrongs and the hardships of the Negro race before the public. Having learned that they are able to make a living out of their troubles, they have grown into the settled habit of advertising their wrongs – partly because they want sympathy and partly because it pays. Some of these people do not want the Negro to lose his grievances, because they do not want to lose their jobs.” (p. 118) 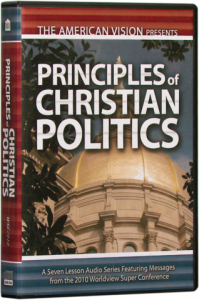 Washington could have had in view, although writing nearly a hundred years ago, black people who are railing against Pres. Trump and other black conservatives. For example, Herman Cain doesn’t present himself as a victim, and this disturbs people like Al Sharpton. Cain lived at a time when there were “colored” water fountains, segregated schools and neighborhoods, and racial discrimination that few people today can imagine. If anyone has a right to play the victim card, it’s Cain.

He didn’t feel sorry for himself. He stayed out of trouble, worked hard, and made something of himself without the help of a cadre of “poverty pimps.” Cain is the antithesis of the Democrat Party and 90 percent of blacks who support it.

Washington continues with a story that encapsulates what is wrong with so many black “leaders” and their guilt-ridden white supporters. Those victimizing blacks are other blacks:

A story told me by a coloured man in South Carolina will illustrate how people sometimes get into situations where they do not like to part with their grievances. In a certain community there was a coloured doctor of the old school, who knew little about modern ideas of medicine, but who in some way had gained the confidence of the people and had made considerable money by his own peculiar methods of treatment. In this community there was an old lady who happened to be pretty well provided with this world’s goods and who thought that she had a cancer. For twenty years she had enjoyed the luxury of having this old doctor treat her for that cancer. As the old doctor became — thanks to the cancer and to other practice — pretty well-to-do, he decided to send one of his boys to a medical college. After graduating from the medical school, the young man returned home, and his father took a vacation. During this time the old lady who was afflicted with the “cancer” called in the young man, who treated her; within a few weeks the cancer (or what was supposed to be the cancer) disappeared, and the old lady declared herself well.

When the father of the boy returned and found the patient on her feet and perfectly well, he was outraged. He called the young man before him and said: “My son, I find that you have cured that cancer case of mine. Now, son, let me tell you something. I educated you on that cancer. I put you through high school, through college, and finally through the medical school on that cancer. And now you, with your new ideas of practicing medicine, have come here and cured that cancer. Let me tell you, son, you have started all wrong. How do you expect to make a living practicing medicine in that way?”

I am afraid that there is a certain class of race problem solvers who don’t want the patient to get well, because as long as the disease holds out they have not only an easy means of making a living, but also an easy medium through which to make themselves prominent before the public.

If the patient gets well, an entire industry of victimhood will get cancer and die. This would be the best thing for the black community. Until blacks throw off the shroud of victimhood, they will be at the mercy of “doctors” who treat a cancer that does not exist but that they are paying for.

It’s always amazed me that racial, ethnic, and behavior groups vote for people in their group. When Democrats suggested that Mario Cuomo run for president a number of political “experts” considered his Italian background as an advantage by securing the Italian vote. How stupid. If Cuomo had been running for political office in Italy, he would be just another Italian candidate. What would a Cuomo presidency have done for Italians? Lower the price of pasta and pizza?

If voters should be Italian-blind, then blacks should be color-blind. But most are not.