“In God We Trust” is our nation’s national motto. It’s on our money, appears on numerous government buildings and in courtrooms, and is the official motto of the state of Florida. The North Carolina House of Representatives passed a bill that would allow the motto ‘In God We Trust’ to be displayed in public schools in the 2019-2020 school year.

The majority of Americans love “free” stuff. The Democrats are trying to sell free education for votes. I know, it’s a contradiction, but whoever said politicians are consistent? Politicians are promising free healthcare to illegal aliens while fining American citizens who refuse to get health insurance.

Government-backed mortgages are common and expected. Government employment and wages are outpacing the private sector.

The courts are redefining what constitutes marriage and a family. Clinton and Obama-era judges overrule the will of the people and the decisions of elected officials. Money is created out of thin air to “stimulate” the economy. Our government is becoming more god-like every day, and not a very good god at that. Maybe it was this god that a little boy on HBO’s “Big Little Lies” called a “douchebag.”

Herbert Schlossberg’s Idols for Destruction is a  masterful study of power:

Rulers have ever been tempted to play the role of father to their people…. The state that acts like a wise parent instead of a vindictive judge has been an attractive image to many people. They include ecclesiastical authorities who have completely missed the point of the gospel warning to “call no man your father on earth, for you have one Father, who is in heaven” (Matt. 23:9). The father is the symbol not only of authority but also of provision. “Our Father who art in heaven…. Give us this day our daily bread” (Matt. 6:9, 11). Looking to the state for sustenance is a cultic act [an act of worship]; we rightly learn to expect food from parents, and when we regard the state as the source of physical provision we render to it the obeisance of idolatry. The crowds who had fed on the multiplied loaves and fishes were ready to receive Christ as their ruler, not because of who he was but because of the provision. John Howard Yoder ((John Howard Yoder, The Politics of Jesus: Vicit Angus Noster, 2nd ed. (Grand Rapids, MI: Eerdmans, 1972), 34–35.)) has rightly interpreted that scene: “The distribution of bread moved the crowd to acclaim Jesus as the new Moses, the provider, the Welfare King whom they had been waiting for.” ((Herbert Schlossberg, Idols for Destruction: The Conflict of Christian Faith and American Culture (Wheaton, IL: Crossway Books, [1983] 1993), 183.))

Power is most dangerous in the hands of good people because they believe their intentions to help the less fortunate are righteous and just. Jesus never issued a call to plunder the rich to pay for the needs of the poor even if the intention to help was for their good and the people wanting to help were good.

In J. R. R. Tolkien’s The Lord of the Rings, the power of the ring is not something to be desired even by good people. The goal is to destroy it. When Boromir fails to avoid the ring’s power, he dies. Even Gandalf and the elves shun the power of the ring. Tolkien is doubtful that any person has the ability to resist the temptation of absolute power promised by the ring, even if that power is used for good. That is one of the great themes of the series. It’s no different when politicians believe that they have been elected to office to use their power for good. Their interference, even with the best intentions, can lead to disastrous results. Schlossberg continues:

The paternal state not only feeds its children, but nurtures, educates, comforts, and disciplines them, providing all they need for their security. This appears to be a mildly insulting way to treat adults, but it is really a great crime because it transforms the state from being a gift of God, given to protect us against violence, into an idol. It supplies us with all blessings, and we look to it for all our needs. Once we sink to that level, as [C.S.] Lewis says, there is no point in telling state officials to mind their own business. “Our whole lives are their business.” ((C.S. Lewis, God in the Dock, ed. Walter Hooper (Grand Rapids, MI: Eerdmans, 1970), 314.))

The paternalism of the state is that of the bad parent who wants his children dependent on him forever. That is an evil impulse. The good parent prepares his children for independence, trains them to make responsible decisions, knows that he harms them by not helping them to break loose. The paternal state thrives on dependency. When the dependents free themselves, it loses power. It is, therefore, parasitic on the very persons whom it turns into parasites. Thus, the state and its dependents march symbiotically [in close union with one another] to destruction. ((Schlossberg, Idols for Destruction, 184.))

Once the State gains power, it works relentlessly to maintain it. Since it gained power by promising the masses security, it must offer more security to maintain and gain more power. The time will come when promises cannot be kept because the productive members of society have been plundered of their ability to create wealth. The incentive to work, create, and profit from their labor has been destroyed.

When the provision of paternal security replaces the provision of justice as the function of the state, the state stops providing justice. The ersatz [artificial and inferior substitute] parent ceases executing judgment against those who violate the law, and the nation begins losing benefits of justice. Those who are concerned about the chaos into which the criminal justice system has fallen should consider what the state’s function has become. Because the state can only be a bad imitation of a father, as a dancing bear act is of a ballerina, the protection of this Leviathan of a father turns out to be a bear hug. ((Schlossberg, Idols for Destruction, 184.))

Politicians pick up on the desire for security and dependency and use them for political gain: “The idol state uses the language of compassion because its intention is a messianic one. It finds the masses harassed and helpless, like sheep without a shepherd, needing a savior.” ((Schlossberg, Idols for Destruction, 185.)) 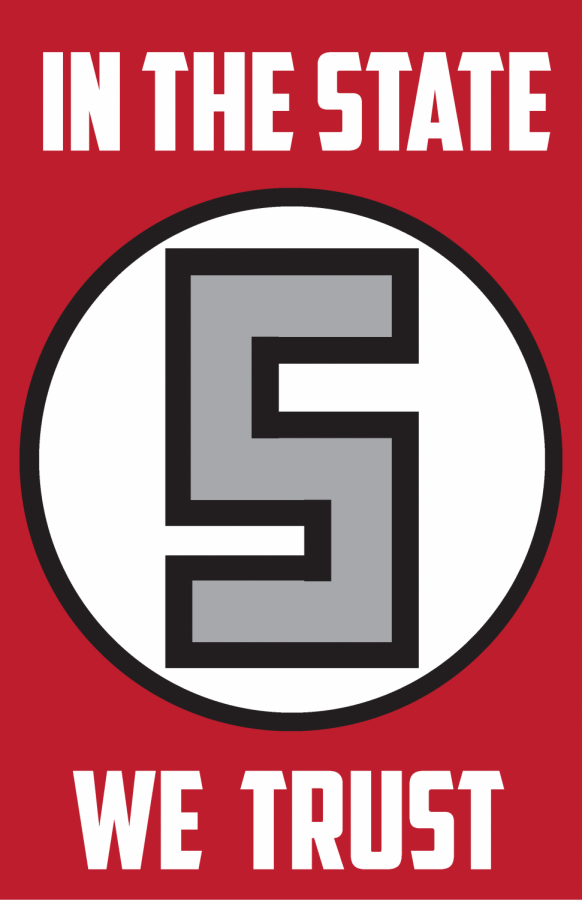 The intention to do good for people becomes a destructive force when it keeps people in a condition of dependency. When George W. Bush proposed a tax cut for all wage earners in 2003, Alan M. Webber, founding editor of Fast Company magazine, presented the classic plunder-to-satisfy-the-wants-of-the-people worldview. “At the community level,” he writes, “ordinary folks want jobs, they want benefits, and they want reassurance. This is the time, not for tax cuts, but for Democratic-style spending programs: temporary job creation, targeted public works expenditures, extended unemployment benefits.” ((Alan M. Webber, “Bush’s proposed tax cuts won’t rescue sinking U.S. economy,” USA Today (January 13, 2003), 13A.))

Weber and every Democrat candidate for President in 2020 believe that confiscating money from wage earners, passing it through a huge bureaucracy, and then distributing a lesser amount of money to the helpless masses is better than allowing wage earners to keep their money, save it, spend it, and invest it.

Real jobs are created, and fewer people remain dependent on the State when consumers make their own economic decisions. The Democrats, and sadly, many Republicans, believe that a complex and multifaceted economy is better managed by bureaucrats than by people who actually make billions of economic decisions every day. The only ones who benefit by “public works expenditures” are the politicians who create the programs and those empowered to implement them. The losers are the productive members of society who are plundered and those who become dependent on confiscated wealth that’s given to them in the name of compassion.