The Christian begins with the presupposition that God created the universe and man as a special creation different in kind from both inanimate and other animate creations. In fact, man is so special, the Bible tells us that he is created in the “image of God” (Gen. 1:27). One of these image attributes is the existence of the mind and the ability to think rationally (Rom. 12:1-2; Col. 3:10) and to act morally (Eph. 4:24).

The consistent materialist who denies God also denies the existence of the mind and a moral center. For materialistic philosophers, the mind is an “illusion.” “The brain is a machine. We have no selves, no souls. How do they know? It has to be that way, or they must acknowledge that they’re answerable to God, and they can’t have that.”

“The brain,” insists MIT’s Marvin Minsky, is just “hundreds of different machines . . . connected to each other by bundles of nerve fibers, but not everything is connected to everything else. There isn’t a ‘you.’” ((“Is the Mind an Illusion?,” Newsweek (April 19, 1992): http://www.newsweek.com/mind-illusion-197316 )) Such a view of the mind makes man nothing more than an organic machine.

Daniel C. Dennett proposes that anyone who holds a theistic view of origins should be allowed to live in America but only in “cultural zoos”:

If you insist on teaching your children falsehoods—that the Earth is flat, ((On the “flat-earth myth,” see Gary DeMar, America’s Christian History: The Untold Story (Atlanta, GA: American Vision, 1995), 221–34; Gary DeMar and Fred Douglas Young, To Pledge Allegiance: A New World in View (Atlanta, GA: American Vision, 1996), 75–82; Jeffrey Burton Russell, Inventing the Flat Earth: Columbus and Modern Historians (New York: Praeger, 1991).)) that “Man” is not a product of evolution by natural selection—then you must expect, at the very least, that those of us who have freedom of speech will feel free to describe your teachings as the spreading of falsehoods, and will attempt to demonstrate this to your children at our earliest opportunity. Our future well-being—the well-being of all of us on the planet—depends on the education of our descendants. ((Daniel C. Dennett, Darwin’s Dangerous Idea: Evolution and the Meaning of Life (New York: Simon and Schuster, 1995), 519. Quoted in Johnson, “Dennett’s Dangerous Idea,” 13.))

Not only does the State deny the teaching of creationism in public schools, but Dennett wants the very idea of creationism to be blacklisted. Dennett, like Arthur C. Clarke, considers evolution to be the State religion. Those who deny its divinity will suffer swift and sure retribution at the hands of the educational establishment and the power of the State.

Phillip Johnson writes that “it is not freedom of speech that worries parents, but the power of the atheistic materialists to use public education for indoctrination, while excluding any other view as ‘religion.’” ((Phillip E. Johnson, “Daniel Dennett’s Dangerous Idea,” The New Criterion (October 1995), 13.)) We don’t have to search for long to find similar sinister applications of such a proposal. Nazi Germany can serve as a vivid reminder.

If you want to know how such threats sound to Christian parents, try imagining what would happen if some prominent Christian fundamentalist addressed similar language to Jewish parents. Would we think the Jewish parents unreasonable if they interpreted “at the very least” to imply that young children may be forcibly removed from the homes of recalcitrant parents, and that those metaphorical cultural zoos may one day be enclosed by real barbed wire? Strong measures might seem justified if the well-being of everyone on the planet depends upon protecting children from the falsehoods their parents want to tell them. ((Johnson, “Dennett’s Dangerous Idea,” 13.))

Some people understood the dilemma of how to account for moral absolutes in a society that officially discounts God. Yale law professor Arthur Leff was perplexed that an agnostic culture even wants enduring values. In a lecture delivered at Duke University in 1979, Leff expressed his bewilderment:

I want to believe—and so do you—in a complete, transcendent and immanent set of propositions about right and wrong, findable rules that authoritatively and unambiguously direct us how to live righteously. I also want to believe—and so do you—in no such thing, but rather that we are wholly free, not only to choose for ourselves what we ought to do, but to decide for ourselves, individual and as a species, what we ought to be. What we want, Heaven help us, is simultaneously to be perfectly ruled and perfectly free, that is, at the same time to discover the right and the good and to create it. ((Arthur Leff, “Unspeakable Ethics, Unnatural Law,” Duke Law Journal (1979), 1229–49. Phillip E. Johnson, “The Modernist Impasse in Law,” God and Culture: Essays in Honor of Carl F. H. Henry, D.A. Carson and John D. Woodbridge, eds. (Grand Rapids, MI: Eerdmans, 1993), 182.))

How can a solution ever be found in a random, impersonal cosmos, “governed” (if the word can be used) by chance given Leff’s logic? “[W]ith God out of the picture,” Philip Johnson writes, “every human being becomes a ‘godlet’—with as much authority to set standards as any other godlet or combination of godlets.” ((Johnson, “The Modernist Impasse in Law,” 182.)) Any person who utters a moral injunction is most often met with, “Who says? Who are you to impose your morality on me?” Leff continues his logical analysis of the dilemma:

Putting it that way makes clear that if we are looking for an evaluation, we must actually be looking for an evaluator: some machine for the generation of judgments on states of affairs. If the evaluation is to be beyond question, then the evaluator and its evaluative processes must be similarly insulated. If it is to fulfil its role, the evaluator must be the unjudged judge, the unruled legislator, the premise maker who rests on no premises, the uncreated creator of values…. We are never going to get anywhere (assuming for the moment that there is somewhere to get) in ethical or legal theory unless we finally face the fact that, in the Psalmist’s words, there is no one like unto the Lord…. The so-called death of God turns out not to have been His funeral; it also seems to have affected the total elimination of any coherent, or even more-than-momentarily convincing, ethical or legal system dependent upon final authoritative, extrasystemic premises. ((Leff, “Unspeakable Ethics, Unnatural Law.”))

What is the secularist’s answer? How does the modernist create a moral center in the Darwinian struggle for life? The usual answer is “doing good” that benefits the species. Being kind, for example, has a good result. But is this always true? The claim is made “that a variety of widely accepted norms, including the keeping of certain promises, the abhorrence of unjustified killing of human beings, and perhaps even the sanctity of property rights, promote the adaptation of the human species to its environment. But so does genocide.” ((Richard Posner, The Problems of Jurisprudence (Boston: Harvard University Press, 1990), 235–236. Quoted in Johnson, “The Modernist Impasse in Law,” 184.)) 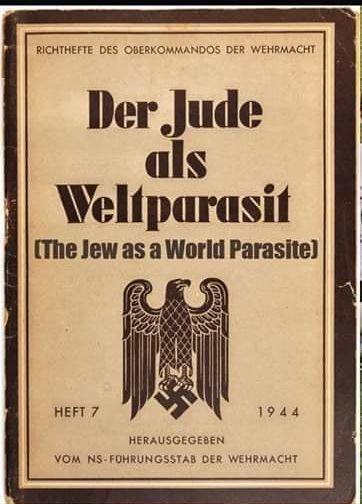 All the “great” tyrants claimed that what they were doing was for the betterment of mankind. To Hitler, Jews were a world problem. They were dehumanized as parasites. Mass sterilization was first considered, then more efficient and quicker methods were proposed and carried out to rid the world of the “Jewish problem.” But in the end, it was all done for a “righteous” cause. ((For a chilling reenactment of the plan, see the HBO Film Conspiracy: The Meeting at Wannsee, starring Stanley Tucci, Colin Firth, and David Threlfall. The two-hour meeting on January 20, 1942, essentially sealed the fate of Jews in Europe. The approach taken by the thirty German bureaucrats was medicinal, a straight forward outline on how to solve the Jewish problem without ever using the words “kill” or “exterminate.” The law as it existed in Germany at the time was followed, giving them proper legal cover and justification for their actions. The date of the meeting nearly coincides with the Roe v. Wade decision of 1973 (January 22) which has had a more ominous effect. Safe to say that more than six million Jewish babies have been killed legally through abortion since 1973.))

The Birth Control League (later Planned Parenthood) founder Margaret Sanger with her eugenic ideas wanted “to create a race of thoroughbreds” by encouraging births of “more children from the fit, and less from the unfit.” ((Margaret Sanger, The Pivot of Civilization (New York: Brentano’s, 1922), 126. Quoted in George Grant, Killer Angel: A Short Biography of Planned Parenthood’s Founder, Margaret Sanger, rev. ed. (Nashville, TN: Cumberland House Publishing, [1995] 2001), 85.)) She purposely set up birth control clinics in poor immigrant neighborhoods to rid the world of “mongrel races.” Who’s to say, given the presuppositions of today’s Darwinian legal theorists, that any of it was wrong?

The Supreme Court refused to rule on abortion as sex, disability, and race selection. Justice Clarence Thomas wrote a scathing indictment of the Court’s refusal to consider the issue in a 20-page concurring opinion. Thomas argued that “abortion is an act rife with the potential for eugenic manipulation” in an attempt to improve the human population by eliminating “inferior” genetic traits.

While Leff did a masterful job in pointing out the problem, and he evaluated numerous theories in finding a way out of the dilemma created by his “own kind,” he offered no solution: “All I can say is this. It looks as if we are all we have. Given what we know about ourselves and each other, this is an extraordinarily unappetizing prospect; looking around the world, it appears that if all men are brothers, the ruling model is Cain and Abel. Neither reason nor love, nor even terror, seems to have worked to make us ‘good,’ and worse than that, there is no reason why anything should…. As things now stand, everything is up for grabs” (1249).

Nevertheless,” as Leff continues, he cannot distance himself from a series of moral absolutes that he cannot account for in a matter-only world:

Napalming babies is bad. Starving the poor is wicked. Buying and sell each other is depraved. Those who stood up to and died resisting Hitler, Stalin, [Idi] Amin, and Pol Pot—and General Custer too—have earned salvation. Those who acquiesced deserve to be damned. There is in the world such a thing as evil. [All together now.] Sez who? God help us.