How many of you remember “Stupid Pet Tricks” on the David Letterman Show? Well, there are now Stupid Democrat Tricks. Here’s the latest from Sen. Kirsten Gillibrand who said that laws banning or restricting abortion are against “the Christian faith.”

I just got back from getting my hair cut. My barber and I got into a discussion on what’s happening about abortion. She and I are on the same page. I told her that I start every discussion about abortion with the following question:

What’s being aborted when a woman gets an abortion?

Until that question is answered, the discussion should not continue.

The same type of question is pertinent to the subject of slavery:

What are people who are kidnapped and sold into slavery? Are they persons or property?

If slaves are property, then they are under the control of the property owners. If they are persons, then they aren’t owned by anyone and can’t be forced into labor for another. (In a sense, we’re all slaves because we labor for others by the dictates of the State. But that’s a topic for another day.)

If an unborn baby is a person, then free will is not an issue since the unborn baby is a distinct entity not bound by the will of another. When a pro-abortionist woman says that she has a right to do what she wants with her own body — an expression of her free will — I agree.

But an unborn baby is not her body. The mother’s will stops at the doorway of another person’s will.

You don’t find anti-abortionists calling for laws to stop women from having cosmetic surgery, tattoos, or even sex-reassignment surgery. Why not? Because people are free to do what they want with their own bodies. To repeat, an unborn baby is not part of a woman’s body.

At no point does a baby in the womb even touch a woman. 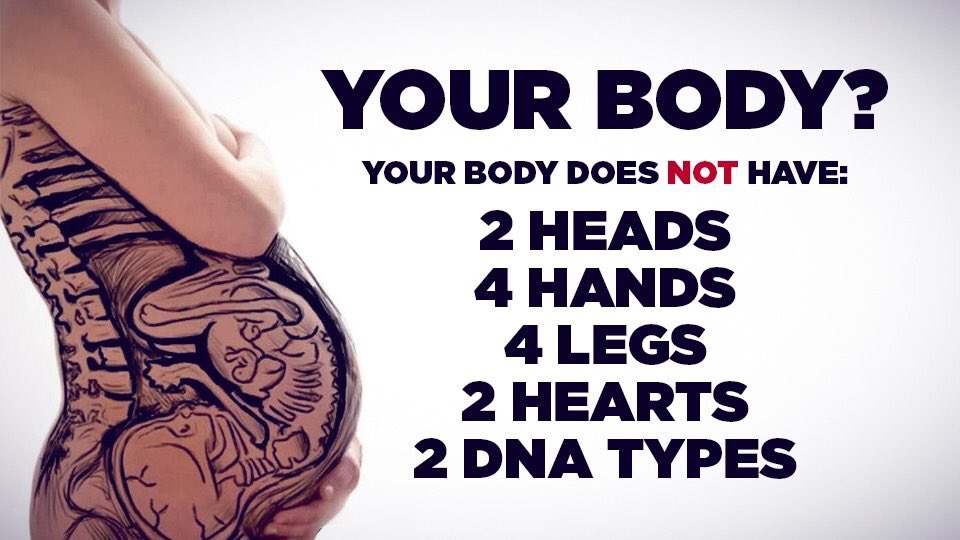 What about the separation of church and state argument? If personhood is an issue, and killing a person is immoral, then how is it possible that passing a law that prohibits women from killing a human being violates the First Amendment to the Constitution? Protecting the life of an unborn child is not an establishment of religion.

For example, the Bible is opposed to murder, kidnapping, theft, and stealing. Do these laws violate the basic tenet of democracy of church/state separation?

Again, if an unborn baby is a person, then that person has the same rights as the mother, the doctor who is hired to kill the unborn baby, and Sen. Kirsten Gillibrand.

To add to the stupidity, there’s this from Rep. Alexandria Ocasio-Cortez (D-N.Y.) who declared “that the pro-life movement is concerned only with ‘owning women’ and that conservatives opposed abortion because ‘it threatens a core element underpinning right-wing ideology: patriarchy.'”

We’re back to the original question: What’s being aborted? Killing human beings — persons — has nothing to do with “patriarchy.” One could just as easily say that since most abortions — in terms of percentages of the population — are performed on black women that abortion is racist and a form of black genocide.

Here’s one of the most bizarre pro-abortion arguments. “Actress and left-wing activist Emily Ratajkowski said the states enforcing abortion restrictions are disproportionately hurting black women in order to ‘perpetuate the industrial prison complex.'”

This week, 25-old-white men voted to ban abortion in Alabama even in cases of incest and rape. These men in power are imposing their wills onto the bodies of women in order to uphold the patriarchy and perpetuate the industrial prison complex by presenting women of low income opportunity the right to chose not to reproduce.

Ratajkowski seemed to be saying that white legislators and the Governor (a white woman) want to outlaw abortion so more black babies could be born in order to keep prisons filled with black criminals. This is almost as bizarre as Alabama State Rep. John Rogers (D) who said the following about abortion:

Why not kill children after their born if they don’t turn out well or disappoint their parents. It’s a fitting extension of pro-abortion logic.

Then there’s this from Democratic Louisiana Gov. John Bel Edwards:

“Nearly three decades ago, when Democratic Louisiana Gov. John Bel Edwards’ wife was 20 weeks pregnant with their first child, a doctor discovered their daughter had spina bifida and encouraged an abortion. The Edwardses refused.

“Now, daughter Samantha is married and working as a school counselor, and Edwards finds himself an outlier in polarized abortion politics.

“’My position hasn’t changed. In eight years in the Legislature, I was a pro-life legislator,’ he said. When he ran for governor, his view was the same. ‘I’m as consistent as I can be on that point.’”

Such thinking is like finding a needle in a haystack when it comes to Democrats. Let’s give credit where credit is due.

The following chart shows that all the abortion “hard cases” amount to less than one percent of all abortions.