Near the mid-point of the 20th century, writing in the Introduction to Carl Henry’s The Uneasy Conscience of Modern Fundamentalism, Harold J. Ockenga wrote the following: “A Christian world- and life-view embracing world questions, societal needs, personal education ought to arise out of Matt. 28:18–20 as much as evangelism does. Culture depends on such a view, and Fundamentalism is prodigally dissipating [wastefully spending] the Christian culture accretion [buildup] of centuries, a serious sin. A sorry answer lies in the abandonment of societal fields to the secularist.” ((Harold J. Ockenga, “Introduction,” Carl F. H. Henry, The Uneasy Conscience of Modern Fundamentalism (Grand Rapids, MI: Eerdmans, 1947), xiv.))

The controversy over the role that religion plays in culture and politics is an old one. Jesus was accused of subverting the political order by “misleading [the] nation and forbidding [people] to pay taxes to Caesar, and saying that He Himself is Christ, a King” (Luke 23:2). Christians were accused of promoting the idea that there was “another king, Jesus” (Acts 17:7).

For more than 50 years, from the Scopes Trial in 1925 to the presidential candidacy of Jimmy “Born Again” Carter in 1976, conservative Christians did not develop a discernable social or political philosophy. ((Tom Strode, “Abortion issue & Schaeffer influence pushed evangelicals to engagement, [Richard] Land says,” BP News (December 6, 2005).)) The secularists took advantage of the indifference and moved the country in a decidedly anti-Christian direction. The major institutions were captured—courts, schools, seminaries—and turned into secular advocacy groups churning out disciples for the humanist agenda. As Christians observed this happening, they concluded that (1) they are just pilgrims passing through, (2) Jesus is going to rescue them through a rapture, (3) and it’s the Christian’s lot in life to be persecuted for Jesus.

Those pushing for an overthrow of the establishment in the 1960s learned a lot when their radical and often times violent agenda failed to accomplish their stated goals and turned the majority of the population against them. In his Rules for Radicals, Saul Alinsky (1909–1972) understood the futility of their tactics and suggested a different path:

“Power comes out of the barrel of a gun!” is an absurd rallying cry when the other side has all the guns. Lenin was a pragmatist; when he returned . . . from exile, he said that the Bolsheviks stood for getting power through the ballot but would reconsider after they got the guns. Militant mouthings? Spouting quotes from Mao, Castro, and Che Guevara, which are as germane to our highly technological, computerized, cybernetic, nuclear-powered, mass media society as a stagecoach on a jet runway at Kennedy airport?”

The Left learned this from what took place in the 1960s when their radical political agenda failed to accomplish its stated goals. Their radical agenda was shot down politically because the majority of Americans still retained a remnant of the older Christian worldview. The Left knew it would be necessary to capture those institutions that shape and mold children who would one day become cultural leaders. Once the heart and mind are captured, everything else follows, including politics. This is a major tactical maneuver that most on the Right did not understand.

Antonio Gramsci’s philosophy for cultural and social change was the model for the new Leftists. Gramsci (1891–1937) considered Christianity to be the “force binding all the classes—peasants and workers and princes, priests and popes and all the rest besides, into a single, homogeneous culture. It was specifically Christian culture, in which individual men and women understood that the most important things about human life transcend the material conditions in which they lived out their mortal lives.” ((Malachi Martin, The Keys of This Blood: The Struggle for World Dominion Between Pope John II, Mikhail Gorbachev and the Capitalist West (New York: Simon and Schuster, 1990), 245.))  Gramsci broke with Marx and Lenin’s belief that the masses would rise up and overthrow the ruling “superstructure.” No matter how oppressed the working classes might be, their Christian faith would not allow such an overthrow, Gramsci theorized. Marxists taught “that everything valuable in life was within mankind.” ((Martin, The Keys of This Blood, 245.)) 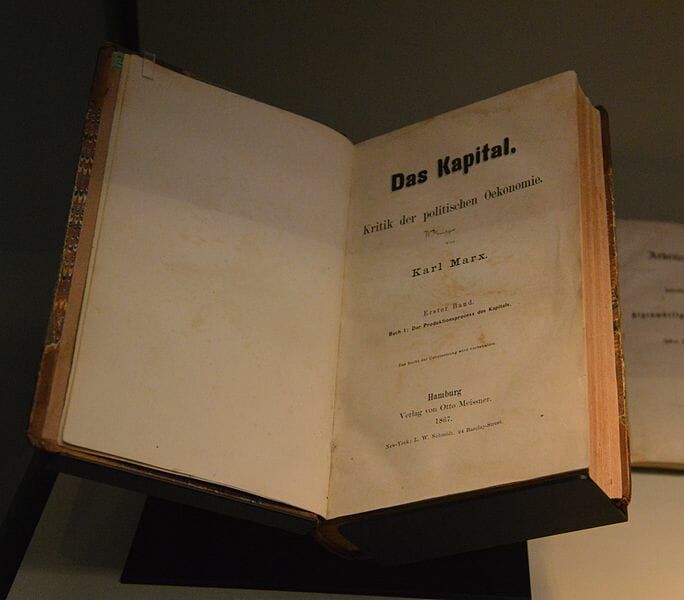 The Christian masses rejected the secular foundation of Marx. Perceptively, Gramsci realized that in the long run what people did not ultimately believe in they would not fight for. Was Gramsci right? “The only Marxist state that existed” in Gramsci’s day “was imposed and maintained by force and by terrorist policies that duplicated and even exceeded the worst facets of Mussolini’s Fascism.” ((Martin, The Keys of This Blood, 248.)) The building of the Berlin Wall was the most visible evidence of Gramsci’s critique of traditional Marxism. Walls had to be built to keep people from escaping the “Workers’ Paradise.”

While Gramsci was still a committed Marxist and “totally convinced that the material dimension of everything in the universe, including mankind, was the whole of it,” ((Martin, The Keys of This Blood, 248.)) he believed that the road taken by traditional Marxists to “utopia” was one lined with formidable obstacles.

A critic of the use of the Cultural Marxist moniker ignores most of this history and dismisses its ideological roots:

It is very hard to explain what cultural Marxism is because the term describes something that doesn’t exist. It refers to a vast conspiracy dating back to the early 20th century in which academics launched a campaign to take over intellectual, cultural, and artistic institutions. Then, they “promoted and even enforced ideas which were intended to destroy Christian values and overthrow free enterprise.” What were these ideas? Feminism, multiculturalism, gay rights and atheism, to name a few.

The problem is that this never actually happened.

For the author, Cultural Marxism is about a new form of oppression:

As oppressed groups—women, minorities, LGBTQ+ folks—gain the tools of liberation, such as the internet and civil rights protections, they will have an influence on culture. The systems that were created to oppress them—the patriarchy, the nuclear family, white supremacy—will then recede. (Daily Dot)

Cultural Marxism is real. It’s all about the foundational principles and origin of morality. It’s not about race or gender (i.e., sex). It’s about “by what standard?” For example, the Faculty of Arts & Sciences of former Christian Harvard University, “invited left-wing activist and writer Tim Wise to deliver the keynote address at its Decade of Dialogue ‘diversity conference’ last week.” Wise said that people who believe in moral absolutes from the Bible should be “politically destroyed, utterly rendered helpless to the cause of pluralism and democracy … the world is not theirs. They have no right to impose their bulls**t on others. They can either change, or shut the hell up, or practice their special brand of crazy in their homes…or go away.” (The Blaze)

Cultural Marxism was no conspiracy, but it is also no mere right-wing “phantasmagoria.” It was and remains a coherent intellectual program, a constellation of dangerous ideas. Aspects of these ideas, to their credit, brought the West’s dirty laundry into the limelight and inaugurated a period of necessary housecleaning that was, indeed, overdue. But their obsessive focus on our societal dirt—real and perceived “injustice,” “oppression,” “privilege,” “marginalization” and the like—quickly became a pathological compulsion. We started to see dirt everywhere.

We cleansed and continue to cleanse ourselves tirelessly but are never satisfied, always eager to uncover more dirty deeds and historical sins and stage more ritualized purges. We end up throwing out the baby with the bathwater. And all our hard-won collective attainments and achievements, all that is great and good and glorious in our midst, gets swept up, spat on and discarded with the rest of the trash.

Gramsci began his re-imaging of Marxism by dropping the harsh slogans. “It wouldn’t do to rant about ‘revolution' and ‘dictatorship of the proletariat' and the ‘Workers' Paradise.’” ((Martin, The Keys of This Blood, 249.)) Instead, Marxism would have to put on a new face and talk about “national consensus,” “national unity,” and “national pacification.” Sound familiar? The democratic process rather than revolution would be used to bring about the necessary changes. At first, pluralism would be promoted and defended. Further, Marxists would join with other oppressed groups—even if they did not share Marxist ideals—to create a unified coalition of voting power. After building their coalition “they must enter into every civil, cultural and political activity in every nation, patiently leavening them all as thoroughly as yeast leavens bread.” ((Martin, The Keys of This Blood, 250.))

Even after all of these successes, Gramsci still understood that Christianity remained his biggest obstacle in achieving his newly formulated Marxist goals. He had to strip the mind of any notion of the transcendent—“that there is nothing beyond the matter of this universe. There is nothing in existence that transcends man—his material organism within his material surroundings.” ((Martin, The Keys of This Blood, 251.))

The pagan notion of the separation of the two realms that has dogged orthodox Christianity since the first century had to be reintroduced.

In the most practical terms, he needed to get individuals and groups in every class and station of life to think about life’s problems without reference to the Christian transcendent, without reference to God and the laws of God. He needed to get them to react with antipathy and positive opposition to any introduction of Christian ideals or the Christian transcendent into the treatment and solution of the problems of modern life. ((Martin, The Keys of This Blood, 251.))

The here and now must be absolutized and made the reference point for everything we think and do. “Everything must be done in the name of man’s dignity and rights, and in the name of his autonomy and freedom from outside constraint. From the claims and constraints of Christianity, above all.” ((Martin, The Keys of This Blood, 251.)) Has Gramsci been successful? Most definitely.

America is haunted by the ghost of Antonio Gramsci.