How many of you are aware of the number of churches that have been vandalized in France? How often do the media report crimes against Christians and their places of worship? Almost never. We don’t know if the Notre-Dame fire was an accident or deliberately set, but we do know that there’s been a lot of anti-Christian acts taking place in France, Europe, and places like Nigeria and China that are reminiscent of the lead up to the French Revolution:

Countless churches throughout Western Europe are being vandalized, defecated on, and torched. In France, two churches are desecrated every day on average. According to PI-News, a German news site, 1,063 attacks on Christian churches or symbols (crucifixes, icons, statues) were registered in France in 2018. This represents a 17% increase compared to the previous year (2017), when 878 attacks were registered— meaning that such attacks are only going from bad to worse.

Who is primarily behind these ongoing and increasing attacks on churches in Europe? The same German report offers a hint: “Crosses are broken, altars smashed, Bibles set on fire, baptismal fonts overturned, and the church doors smeared with Islamic expressions like ‘Allahu Akbar.’”

Another German report from November 11, 2017 noted that in the Alps and Bavaria alone, around 200 churches were attacked and many crosses broken: “Police are currently dealing with church desecrations again and again. The perpetrators are often youthful rioters with a migration background.” Elsewhere they are described as “young Islamists.” (Sovereign Nations)

The Cathedral of Notre Dame has seen a lot of history, not all of it good. The recent fire is a wake-up call, even if it was an accident. Islamists see the fire as validation of their religion. Bill Muehlenberg, who lives in Australia and has a keen eye for moral shifts wrote the following:

Will Macron and other European leaders all start wearing Christian crosses in solidarity with the French Christians? Will Muslims also wear crosses to show their support for their grieving Christian friends? Hmm, I won’t hold my breath on any of these things.

Churches have been singled out because they stand for a transcendental moral authority that binds individuals and governments. Attacking Christian places of worship is similar to raising a fist against God. These are what the Bible describes as “high-handed sins” (Num 15:28-31). They can’t attack God directly, so they lash out at symbols representing Him. It might mean burning a Bible, submerging a cross in urine, or defacing an altar in a church.

Consider supporting the work of American Vision with a tax-deductible donation.

Another way high-handed sins are expressed is by defacing God’s image bearers by mocking God’s creation design. The body is a symbolic temple. Same-sex sexuality defiles that temple. It is a high-handed sin.

The Enlightenment philosophers of the eighteenth century turned the famed Notre-Dame Cathedral into a secular church devoted to “reason.” “In their view miracles and other phenomena not explained by natural laws and reason were mere superstitions." ((Richard Cobb, gen. ed., Voices of the French Revolution (Topsfield, MA: Salem House Publishers, 1988), 25.)) Reason was elevated to god-like status. “Europe disintegrated because the goddess of Reason, whom the French revolutionaries placed, in the shape of a Parisian streetwalker, upon the altar of Notre Dame…." ((Richard Hertz, Chance and Symbol (Chicago, IL: The University of Chicago Press, 1948), 100.)) became a God-substitute. She was “carried shoulder‑high into the cathedral by men dressed in Roman costumes.” ((Francis A. Schaeffer, How Should We Then Live? (1976) in The Complete Works of Francis A. Schaeffer: A Christian Worldview, 5 vols. (Wheaton, IL: Crossway Books, 1984), 5:122.)) 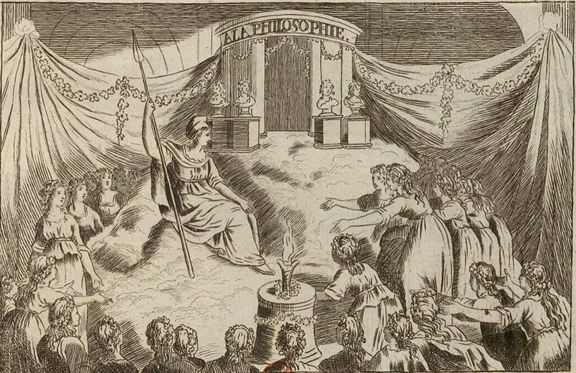 On November 10, 1793, a civic festival was held in the new temple, its facade bearing the words “To Philosophy.”

The National Assembly passed a resolution deliberately declaring “There is no God;” vacated the throne of Deity by simple resolution, abolished the Sabbath, unfrocked her ministers of religion, turned temples of spiritual worship into places of secular business, and enthroned a vile woman as the Goddess of Reason. ((Charles B. Galloway, Christianity and the American Commonwealth; or, The Influence of Christianity in making This Nation (Nashville, TN: Publishing House Methodist Episcopal Church, 1898), 25.))

The church of Notre Dame was reconsecrated to the “Cult of Reason.” Reason, not revelation, ruled. While these philosophers were not all atheists, they reasoned as if God did not exist. For them, reason was “a law unto itself, as though man’s mind were self-sufficient, not in need of divine revelation. This attitude commonly leads people to think that they are in a position to think independently, to govern their own lives, and to judge the credibility of God’s word based on their own insight and authority.” ((Greg L. Bahnsen, Always Ready: Directions for Defending the Faith (Texarkana, AR: Covenant Media Foundation, 1996), 113.))

The calendar was changed in a deliberate attempt to unlink history from the redemptive work of Jesus Christ. The Revolutionary Calendar began with a New Year One. 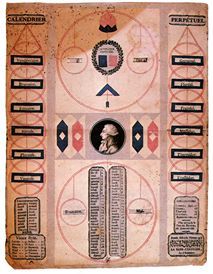 This was a self-conscience change since all Western calendars were based on the birth of Jesus Christ – “In the Year of Our Lord” (Anno Domini, AD). While the academic world has started with a New Year One (see the film Rosemary’s Baby), they have reoriented the calendar by replacing BC (Before Christ) with BCE (Before the Common Era) and AD with CE (Common Era), all designed to have the same effect.

While the Cathedral has no religious significance in and of itself since God does not dwell in a man-made structure, it acts as a symbol. To burn it is to strike at God with unrelenting fury, a sort of man-made hell.

Victor Hugo’s 1831 novel, “Notre-Dame de Paris,” published in English as “The Hunchback of Notre Dame,” ((There may have been a real hunchback who was a stonemason during the time Hugo was writing his novel: “The Real Quasimodo Discovered.”)) informed readers about the building’s decrepit condition.

The book helped spur significant overhauls from 1844 to 1864, when the architects Jean-Baptiste-Antoine Lassus and Eugène-Emmanuel Viollet-le-Duc redid the spire and flying buttresses. 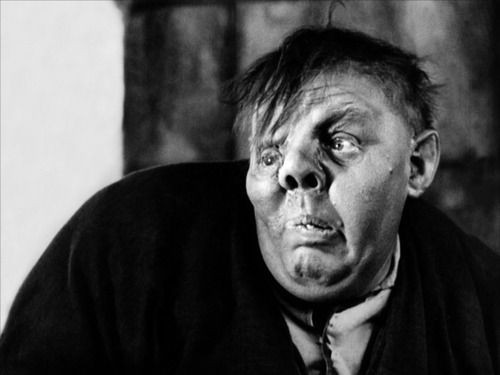 Quasimodo, the hunchback of Notre Dame, played by Charles Laughton from the book by Victor Hugo.[/caption]

Rebuilding the structure did not solve the real problem. A magnificent edifice in and of itself has no transforming authority or power. Jesus said as much:

“Woe to you, scribes and Pharisees, you hypocrites. You are like whitewashed tombs, which appear beautiful on the outside, but inside are full of dead men’s bones and every kind of filth. Even so, on the outside you appear righteous, but inside you are filled with hypocrisy and evildoing (Matt. 23:27-28).

The Cathedral of Notre-Dame is a magnificent structure, but all the money being donated to rebuild it won’t fix Europe’s spiritual problem. The following is from the satirical site The Onion. Although satifical, it’s spot on:

We will come together as a nation to reconstruct Notre Dame, no matter the fundamental irrationality of imbuing mere man-made structures of stone and wood with any sort of deeper meaning in an existence where entropy is the only universal truth…. French officials mourned the Catholic relics and artworks lost or damaged in the blaze, even if they are “but false idols and profane images merely serving to fracture the spiritual connection one ought to devote totally to God.”