“Man … is certainly descended from some ape-like creature…. [H]e may not have been a social animal, and yet have lived with several wives, like the gorilla; for all the natives ‘agree that but one adult male is seen in a band; when the young male grows up, a contest takes place for mastery, and the strongest, by killing and driving out the others, establishes himself as the head of the community.’” ((Thomas S. Savage, “Notice of the External Characters and Habits of Troglodytes Gorilla, a New Species of Orang from the Gaboon River,” Boston Journal of Natural History, 5:4 (December 1947), 423.)) – Charles Darwin, Descent of Man, Chap. 20.

Barbara Reynolds, a former columnist for USA Today, said the following about the consequential moral effect of evolutionary dogmatism:

Prohibiting the teaching of creationism in favor of evolution creates an atheistic, belligerent tone that might explain why our kids sometimes perform like Godzilla instead of children made in the image of God.

While evolution teaches that we are accidents or freaks of nature, creationism shows humankind as the offspring of a divine Creator. There are rules to follow which govern not only our time on Earth, but also our afterlife.

If evolution is forced on our kids, we shouldn’t be perplexed when they beat on their chests or, worse yet, beat on each other and their teachers. ((Barbara Reynolds, “If your kids go ape in school, you’ll know why,” USA Today (August 27, 1993), 11A.))

Reynolds’ comments are reminiscent of what C. S. Lewis wrote: “We make men without chests and we expect of them virtue and enterprise. We laugh at honor and we are shocked to find traitors in our midst. We castrate and bid the geldings be fruitful.” ((C. S. Lewis, The Abolition of Man (New York: Macmillan, [1947] 1972), 35.)) And I would add, we strip men and women of the certainty that they are created in the image of God, and we are surprised when they act like the beasts of the field.

Watch this short video about our supposed “closest relatives”:

There are only two operating starting points on the origin and definition of what constitutes a family. Either the family is a God-ordained covenant between a man and a woman and their children or it’s an ever-evolving social contract.

In terms of modern-day evolutionary science that predominates in our nation’s universities, the family is not a God-ordained covenant structure:

Early scholars of family history applied Darwin’s biological theory of evolution in their theory of the evolution of family systems. American anthropologist, Lewis H. Morgan, published Ancient Society in 1877, based on his theory of the three stages of human progress, from savagery through barbarism to civilization.

Given the operating assumptions of evolutionary theory, the family, like evolution in general, came into being via savage struggle: “when the young male grows up, a contest takes place for mastery, and the strongest, by killing and driving out the others, establishes himself as the head of the community.”

Of course, this is not the origin of the family. “In classic Christian social thought,” Nancy Pearcey writes, “it was God who established marriage, family, church, and state, and who defined their essential nature—their tasks, responsibilities, and moral norms.” ((Nancy R. Pearcey, Love Thy Body: Answering Hard Questions About Life and Sexuality (Grand Rapids, MI: Baker Books, 2018), 233.))

With Darwinism, the classic biblical definition of the family has been discarded for a more “scientific” definition that is pure materialism. According to science, following Newtonian physics, “[c]ivil society was pictured as so many human ‘atoms’ who came together and ‘bond’ in various social relationships.” ((Pearcey, Love Thy Body, 233.)) There is no purposeful design in something from nothing evolutionary theory. 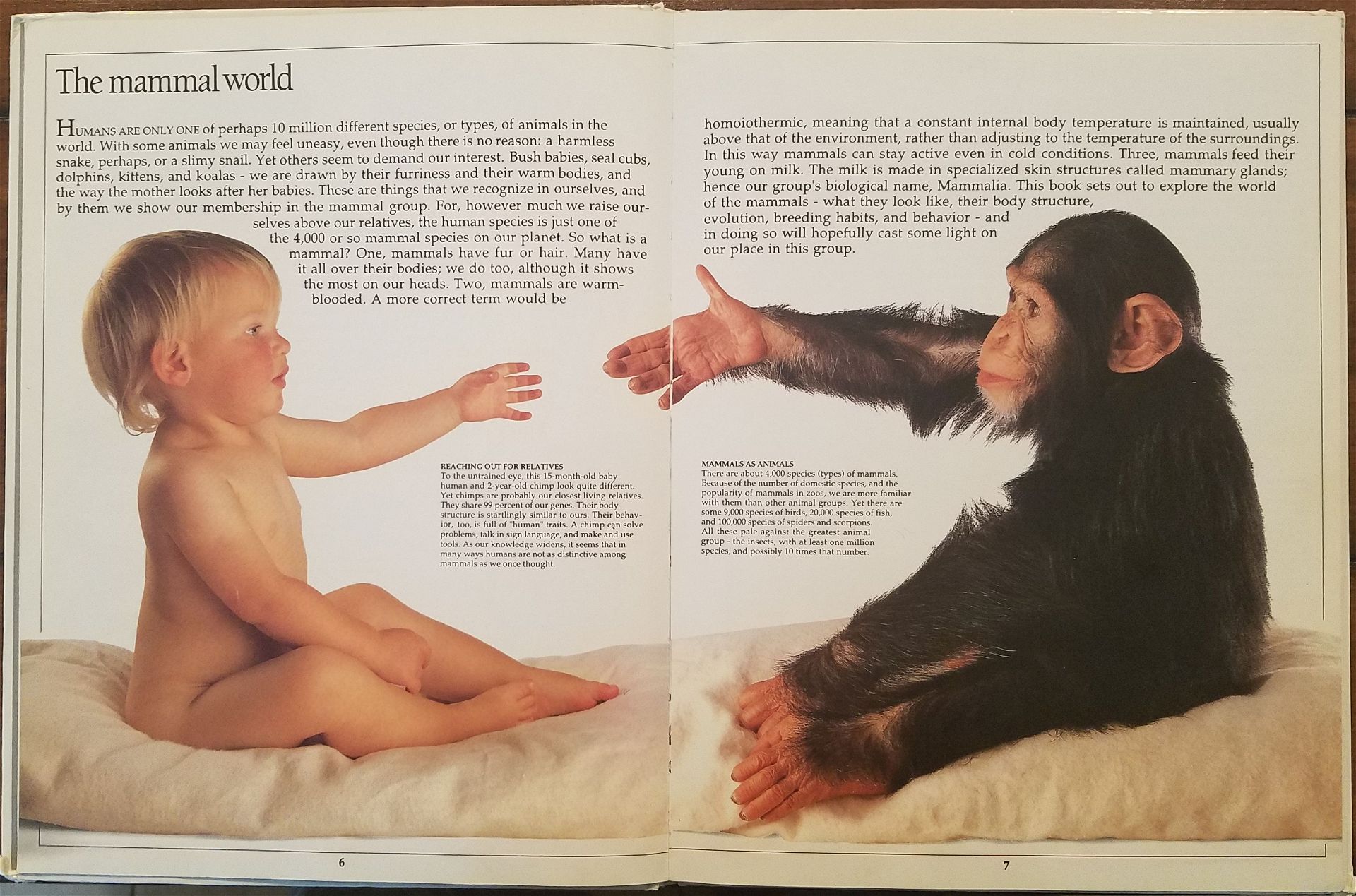 Atoms don’t care about such things. They just are. Plow deep in an atom’s structure and you will not find a moral code, love, compassion, hope, or any of the qualities that are attributed to human beings. German paleontologist Günter Bechly, the former curator of the Stuttgart State Museum of Natural History, commented, “If humans originated from the animal realm by a purely unguided process, there is no real reason in nature to treat humans differently from stones. It’s just a different aggregate of atoms.” ((Quoted in Jenny Lind Schmitt, “If Rocks Could Talk,” World Magazine (March 2, 2019), 29.))

As a result, like matter, the family can be shaped into any form by those doing the manipulating. Because there is no fixed definition of something we call “family,” we are seeing its near-complete disintegration through redefinition. Traditional sexual roles based on creation norms no longer exist. Men are marrying men and women marrying women. Sex roles have become fluid. There are now more than 60 manufactured genders. We are seeing everything redefined and protected by the State to force compliance to every redefinition.

This is not a new development. There are, what Alvin Toffler in 1980 called, “a bewildering array of family forms: homosexual marriages, communes, groups of elderly people banding together to share expenses (and sometimes sex), tribal grouping among certain ethnic minorities, and many other forms coexist as never before.” ((Alvin Toffler, The Third Wave (New York: William Morrow, 1980), 212.))

These counterfeit families attempt to restructure the creational family around an evolving order rather than a biblical model. Whoever defines the family controls it. The State is in the redefinition business.

Transgenderism is growing. Parents are raising their children as “gender neutral theybies.” For example, Charlie Arrowood does not identify as male or female…. When a New York City law took effect in January of 2019, they plan to modify the sex recorded on their birth certificate to one that fits: “X,” a gender-neutral option.

You might be confused about the use of the pronouns “they” and “their.” You see, Charlie Arrowood, who is transgender, “uses the pronoun ‘they’ and the courtesy title ‘Mx.,’ a gender-neutral alternative to Ms. and Mr.” ((Andy Newman, “Male, Female or ‘X’: The Push for a Third Choice on Official Forms,’ The New York Times (September 27, 2018): https://nyti.ms/2CdMKSx)) This is all logical considering an atomistic understanding of reality.

Instead of being in covenant with God, conglomerations of atoms called human beings randomly join together in any way they please because that is their materialistic origin. “In the beginning was the atomistic individual. [Thomas] Hobbes even asks us to ‘look at men as if they had just emerged from the earth like mushrooms and grown up without any obligation to each other.’ Like Newton’s atoms, individuals come together and bond in various arrangements when they find that doing so advances their interest.” ((Pearcey, Love Thy Body, 234.))

This is nihilism, as depicted in the second installment of Love, Death, and Robots, titled “Three Robots.”

Three robots traverse a post-apocalyptic world trying to determine how humans ended it all.

The third bot offers an explanation that’s typical of where we are academically and philosophically:

That’s because they were made by an “unfathomable” deity that created them for no apparent reason out of dust. Just kidding. They came from a very warm soup.

The late R.C. Sproul (1939-2017) wrote, “God’s existence is the chief element in constructing any worldview. To deny this chief premise is to set one’s sails for the island of nihilism. This is the darkest continent of the darkened mind – the ultimate paradise of the fool.” ((R. C. Sproul, The Consequences of Ideas: Understanding the Concepts That Shaped Our World (Wheaton, IL: Crossway Books, 2000), 171.))

The determiner of new family relationships is the State, civil government that is becoming less civil as it attacks the biblical family. Richard Page, formerly a magistrate in the United Kingdom, was blocked from returning to a non-executive director role at a National Health Service because he “expressed his view that, wherever possible, children do best with a mother and a father.”

Despite having served as a magistrate in Kent for 15 years with an exemplary record, Richard was reported for his comments, and, following an investigation, was disciplined by the Lord Chancellor and Lord Chief Justice. He was told that his views about family life were “discriminatory against same-sex couples” and was barred from sitting as a magistrate until he had received “equality training.” ((“Judge appeals punishment for saying children do best with mom and dad,” WND (March 10, 2019): http://bit.ly/2TteJIw))

This is a far cry from Noah Webster’s definition of the family that assumes a creational model: “The exercise of authority by a parent or householder. Children are often ruined by a neglect of government in parents. ‘Let family government be like that of our heavenly Father, mild, gentle and affectionate.’ (Kollock).”

Note that Webster’s definition that was common at our nation’s founding era established a standard of what defined a family. Atoms don’t know anything about neglect, mildness, gentleness, or affection. They function predictably well in war and peace with no ability to formulate morality. There is neither good nor evil in matter. Morality must come from outside.

The Foundation of Family Government

The family is a divinely ordained institution (Gen. 1:26-28; 2:24). God created the family and He alone defines it. The State does not create the family and therefore cannot define it. But believing it is God, the State is in the renaming and redefinition business (see Dan. 1:1-7).

History’s verdict is that by defining marriage as monogamy and making extramarital sex immoral, the biblical tradition laid down a foundation for stable families, strong women, children, economy, and society. By keeping his vows to a woman, made before God and community, a man learns to keep his word in other situations. When keeping one’s word becomes a strong cultural value, then trust becomes foundational for social life. ((Vishal Mangalwadi, The Book that Made Your World: How the Bible Created the Soul of Western Civilization (Nashville: Thomas Nelson, 2001), 294-295.))