François-Marie Arouet (1694–1778), known by his pen-name, Voltaire, is reported to have said, “I don’t believe in God, but I hope my valet does so he won’t steal my spoons.” For many atheists, holding to religious tenets, at least for other people, is practical because it keeps them from stealing their stuff. 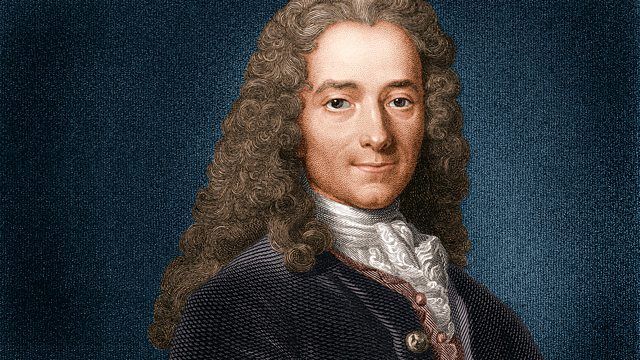 In the spirit of Voltaire, Atheist Richard Dawkins tweeted: “Before we rejoice at the death throes of the relatively benign Christian religion, let’s not forget Hilaire Belloc’s menacing rhyme: ‘Always keep a-hold of nurse, For fear of finding something worse.’” What’s the “something worse”? Islam.

This isn’t the first time Dawkins considered Christianity to be preferable than Islam.

Two years earlier “Dawkins begrudgingly admitted that Christianity may actually be our best defense against aberrant forms of religion that threaten the world.” Here’s what he said: 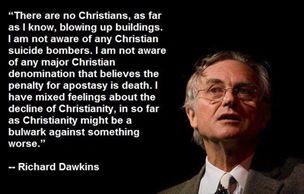 What else “might be”? If Dawkins knew of something else that “might be” or in fact is, I’m sure he would have mentioned it. Why didn’t he say atheism is that bulwark? He couldn’t because of a statement like this:

In the universe of blind physical forces and genetic replication, some people are going to get hurt, and other people are going to get lucky; and you won’t find any rhyme or reason to it, nor any justice. The universe we observe has precisely the properties we should expect if there is at the bottom, no design, no purpose, no evil and no good. Nothing but blind pitiless indifference. DNA neither knows nor cares. DNA just is, and we dance to its music.

Stuff just happens, and there is no ultimate judge as to whether it’s good, bad, or indifferent. Maybe the DNA in certain people has changed and is giving us what we describe as radical Islam. It’s merely “genetic replication.” There’s no morality attached to it since DNA neither knows nor cares. Presently we are dancing to the inextricable advances of DNA. This is the world that New Atheists like Dawkins has created.

In his book After Virtue: A Study in Moral Theory, Alasdair MacIntyre, expresses the real-life consequences of a DNA-only world. “The underlying structure of [Friedrich Nietzsche’s] argument is as follows: if there is nothing to morality but expressions of will, my morality can only be what my will creates. There can be no place for such fictions as natural rights, utility, the greatest happiness of the greatest number. I myself must now bring into existence ‘new tables of what is good.’” ((Alasdair MacIntyre**_,_** _After Virtue: A Study in Moral Theory_, 3rd ed. (London: Bloomsbury Academic, [1981] 2013), 132.))

We are as much a product of blind forces as is the falling of a stone to Earth or the ebb and flow of the tides. We have just happened, and man was made flesh by a long series of singularly beneficial accidents.

Aldous Huxley (1894-1963), the grandson of Thomas Henry Huxley (1825-1895) and brother of Julian, justified a type of moral anarchy based on the premise that if the world did not have meaning then there was nothing that could judge the thoughts and actions of the human animal.

I had motives for not wanting the world to have a meaning; and consequently assumed that it had none, and was able without any difficulty to find satisfying reasons for this assumption. The philosopher who finds no meaning in the world is not concerned exclusively with a problem in pure metaphysics. He is also concerned to prove that there is no valid reason why he personally should not do as he wants to do. For myself, as no doubt for most of my friends, the philosophy of meaninglessness was essentially an instrument of liberation from a certain system of morality. We objected to the morality because it interfered with our sexual freedom. The supporters of this system claimed that it embodied the meaning - the Christian meaning, they insisted - of the world. There was one admirably simple method of confuting these people and justifying ourselves in our erotic revolt: we would deny that the world had any meaning whatever.

How does a worldview without meaning fight a worldview that is all about meaning even if that meaning is ruthless? And given the operating assumptions of atheism, how does an atheist formally judge another worldview?

How did Stephen Hawking’s view of the cosmos compete and push back against Islam or any other destructive worldview, and how would an atheist ultimately know if a worldview is destructive and should be opposed given the following? 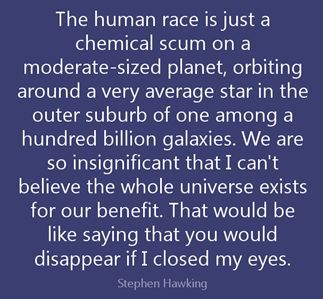 The human race is just a chemical scum on a moderate-sized planet, orbiting around a very average star in the outer suburb of one among a hundred billion galaxies. We are so insignificant that I can’t believe the whole universe exists for our benefit. That would be like saying that you would disappear if I closed my eyes. ((From an interview with Ken Campbell on the 1995 show Reality on the Rocks: Beyond Our Ken and quoted in part in Laurence Foss, The End of Modern Medicine: Biomedical Science Under a Microscope (Albany, NY: State University Press, 2002), 197.))

First, how does he know this, and second, if what he says is true, then how does it compete with a worldview that is filled with divine purpose even if that purpose is perverted? Again, how would an atheist know what’s fundamentally perverted if he does not have a fixed moral standard to evaluate it? 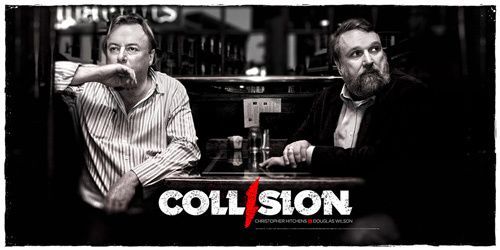 In the 2009 film Collision, the late Christopher Hitchens describes a conversation he had with Dawkins:

“I said if I . . . could convince everyone to be non-believers, then I have really done brilliantly, and there is only one left, one more, and then it would be done and there would be no more religion in the world and no more deism and theism, I wouldn’t do it.

“And Dawkins said, what do you mean you wouldn’t do it? And I said I don’t quite know why I wouldn’t do it. And it is not just because there would be nothing left to argue over and no one left to argue with, it is not just that, well, it would be then, somehow if I could drive it out of the world, I wouldn’t and the incredulity with which he looked stays with me still, I’ve got to say."

It seems that Dawkins might have caught up with Hitchens’ point. Consistent atheism does not have an answer to the problem of evil because it can’t define it, measure it, weigh it, or see it with the microscope or the telescope because it resides as one of the communicable attributes of God.