The Democrat Party is calling for reparations. Some Christian Ministers and theologians are saying that if you don’t support reparations you are of the devil. Thabiti Anyabwile, pastor of Anacostia River in Washington, D.C. and a council member for The Gospel Coalition, is one of them.

Here’s some of what he is saying.

If my neighbor commits a crime, it’s my neighbor who should pay restitution. The Apostle Paul is adamant that he who steals should stop stealing and then work so “he will have something to share with one who has need” (Eph. 4:28). Implied in this is to pay back the victims of his theft because it’s the biblical model (Ex. 22:1, 3-6, 14).

Zaccheus followed a similar biblical law. Zaccheus was a tax collector. Collecting taxes is not in itself immoral since the Bible says we should pay taxes if those taxes are due (Rom. 13:7).

It seems that Zaccheus was exploiting his position as a tax collector by skimming some of what he collected and keeping the “profit” for himself. After his time with Jesus, Zaccheus said, “Behold, Lord, half of my possessions I will give to the poor, and if I have defrauded anyone of anything, I will give back four times as much” (Luke 19:8; cp. Ex. 22:1). If he had defrauded anyone he would make restitution. The crime and guilt were his alone.

David’s crime was his alone. The nation did not have to make restitution for the death of Uriah the Hittite (2 Sam. 12:6), and neither did future generations. Only David did: “You are the man” (2 Sam. 12:7), Nathan said. 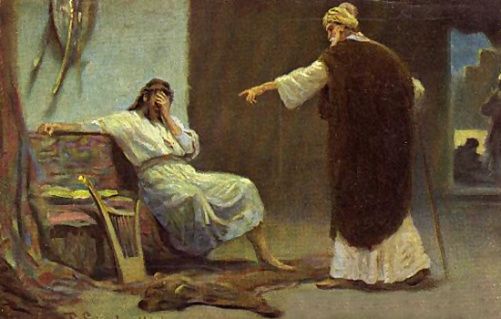 What generation was considered guilty of turning Jesus over to be crucified? The generation of Jesus' day (Matt. 24:34; Acts 2:22-23): “be saved from this perverse generation” (2:40). Even so, God gave a 40-year warning for people to flee to the mountains (Matt. 24:16) when Jerusalem was surrounded by the Roman armies (Matt. 24:15; Luke 21:20). No future generation of Jews is guilty, even though throughout history Christians have tried to make past, present, and future generations of Jews of being “Christ killers.” 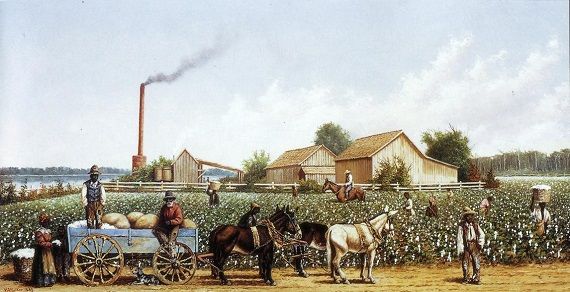 I found Thabiti Anyabwile’s comment that objecting to his argument about not having to pay restitution for something that people living today haven’t done reveals a “possible idolization of mammon.” This cuts both ways. I could just as well argue that his claim for reparations from people who were neither directly or indirectly involved in the slave trade and its aftermath are equally involved in a “possible idolization of mammon.”

Thomas Sowell writes, “I have never understood why it is ‘greed’ to want to keep the money you have earned but not greed to want to take somebody else’s money.” ((Thomas Sowell, Barbarians inside the Gates and Other Controversial Essays (Stanford, CA: Hoover Institution Press Publication, 1999).))

If an argument is raised against Thabiti Anyabwile’s reasoning, then you have rejected God and your source of morality is from “the world, the flesh, or the devil.” John writes:

What’s the antidote? It’s certainly not a manufactured guilt trip. If you want to know if you’re guilty of anything, where should you turn? God’s commandments. I quoted some of them above. 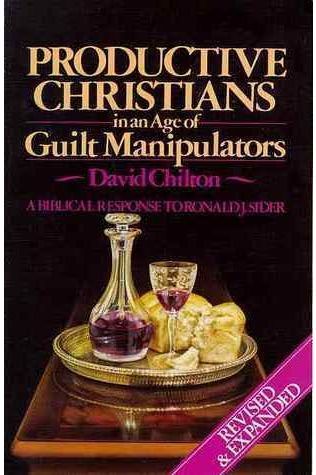 As far as I can tell, Thabiti Anyabwile hasn’t listed any commandment that supports his claims. He is involved in a game of guilt manipulation. Making amends for present sins and crimes is the church’s business, and there’s enough of those to go around. Then there are present crimes committed by our civil government – everything from wealth confiscation and redistribution to redefining marriage and enacting laws that permit women to kill their unborn babies.

It hasn’t helped that the poor in the United States – black and white – have been seduced by government programs that have had the effect of keeping them in poverty. It’s a new form of slavery. It seems that those calling for reparations continue to support the Welfare State.

The best book on the subject of guilt manipulation, as well as one of the best introductions to economics from a biblical perspective, is David Chilton’s book Productive Christians in an Age of Guilt Manipulators. You can get the FREE PDF version of his book here.