This is my third and final critique of Ron Rhodes' book Jesus and the End Times. You can read my first two articles here and here. In brief commentary on Jesus and the Olivet Discourse, he states, “In the Olivet Discourse. Jesus prophesied that ‘the Good News about the Kingdom will be preached throughout the whole world, so that all nations will hear it’” (Matthew 24:14). (45) Like so much of his commentary, Rhodes jumps to the book of Revelation. He assumes a dispensational interpretive hermeneutic and moves on. He claims that Matthew 24 will be fulfilled during a future seven-year tribulation period after the so-called “rapture of the church.”

Once again, Rhodes uses a poor translation of the passage. Matthew uses the Greek word oikoumenē not kosmos. We’ll see, however, that kosmos is used elsewhere in passages that state unequivocally that Matthew 24:14 was fulfilled before that generation passed away (Matt. 24:34). The use of oikoumenē by Jesus (the only time it’s used in Matthew’s Gospel) refers to limited geography like how it’s used in Luke 2:1 and Acts 11:28.

Because Rhodes does not interact with passages that clearly state that the gospel had been proclaimed throughout the then-known-world, I’m going to use an article written by Thomas Ice who is also a dispensationalist and would agree with Rhodes on his interpretive approach. Like Rhodes who skips every fulfillment verse, Ice skips some verses, like Romans 1:8.

In Romans 1:8 Paul writes that the faith of the Romans “is being proclaimed throughout the whole world.” Paul uses the Greek word kosmos. It’s important for students of the Bible to understand how global language is often used to describe non-global events. But if we follow the dispensational model that the Bible should always be interpreted literally, then Romans 1:8 fulfills what Jesus said would happen before that generation passed away (Matt. 24:34).

How does fellow-dispensational commentator John A. Witmer interpret “the whole world” language of Romans 1:8?:

For the Romans he [Paul] rejoiced that news of their faith had spread all over the world, a hyperbole meaning throughout the Roman Empire. ((James A. Witmer, “Romans,” in The Bible Knowledge Commentary: New Testament (An Exposition of the Scriptures by Dallas Seminary Faculty), John F. Walvoord and Roy B. Zuck, eds. (Wheaton, IL: Victor Books, 1983), 440. Also see Douglas Moo, The Epistle to the Romans (NICNT) (Grand Rapids, MI: Eerdmans, 1996), 57.))

Woodrow Michael Kroll, another dispensationalist, takes a similar approach when he states that Paul speaks of the Romans’ faith in “world-wide terms,” a common expression for “everyone” without distinction not everyone without exception. ((Woodrow Michael Kroll, “The Epistle to the Romans,” The Liberty Bible Commentary: New Testament (Lynchburg, VA: Old-Time Gospel Hour, 1982), 340.))

Ice continues: “So this is not a statement about whether the Gospel has been preached to a certain area per se; it is a statement about the arrival of the Gospel as a global message.” Wrong. The gospel had come to the Colossians “just as in all the world.” Paul says much more than Ice’s minimalist approach:

[The gospel] which has come to you, just as in all the world [kosmos] also it is constantly bearing fruit and increasing, even as it has been doing in you also since the day you heard of it and understood the grace of God in truth (Col. 1:6). 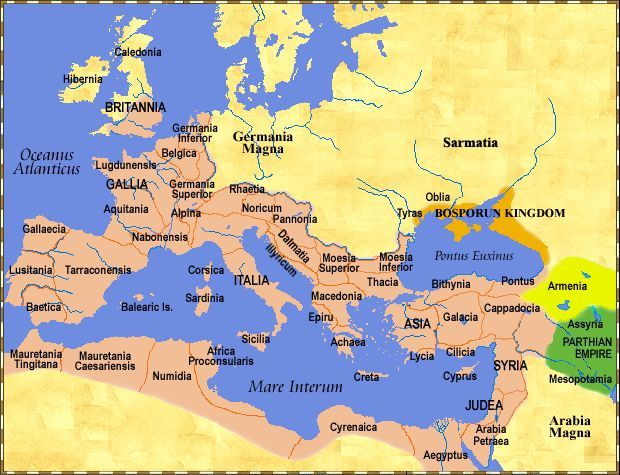 Dispensational commentator Edward R. Roustio writes that “in all the world” means that the “gospel was spreading all over the Roman Empire.” ((Edward R. Roustio, “The Epistle to the Colossians,” Liberty Bible Commentary, 589.)) This is what preterists like me claim for the extent of the preaching of the gospel in Matthew 24:14. It’s interesting that Ice quotes J. B. Lightfoot on Colossians 1:23 below, but he does not quote him on 1:6 where Lightfoot states that “in all the world” is “hyperbole,” comparing it to Romans 1:8 (“throughout the whole world”), 1 Thessalonians 1:8 (“in every place”), and 2 Corinthians 2:14 (“in every place”). ((J. B. Lightfoot, St. Paul’s Epistles to the Colossians and Philemon (Peabody, MA: Hendrickson, [1875] 1993), 134.))

Ice takes a similar approach with Colossians 1:23 which states:

If indeed you continue in the faith firmly established and steadfast, and not moved away from the hope of the gospel that you have heard, which was proclaimed in all creation under heaven, and of which I Paul was made a minister.

Although this passage does not use kosmos, Ice links it with Colossians 1:6. He quotes several commentators who agree with what preterists believe. James R. Gray, for example, denies that the passage is literal, but then admits that the gospel is “bearing fruit in the world—not that the gospel has been preached in all the world…. Paul is talking about the sphere of preaching, not that every creature was preached unto.” ((James R. Gray, Prophecy On The Mount (Chandler, AZ: Berean Advocate Ministries, 1991), 62.)) Gray understands that the language is universal, and he also knows that he cannot interpret it literally. Of course, I can’t understand how Gray can maintain that the gospel is bearing fruit in the world if it had not been preached in all the world.

No preterist has ever claimed that these passages teach that the gospel has been preached to every creature in the whole-wide-world but only that the gospel had made its way throughout the then known world “as a witness to the nations” (Matt. 24:14).

Ice quotes J. B. Lightfoot, but only selectively. Lightfoot comments that Colossians 1:23 is the “fulfilment of the Lord’s last command, [‘Go into all the world and preach the gospel to all creation’] Mark xvi. 15…. For the hyperbole [‘in all creation’] compare I Thess. i.8 [‘in every place’]. To demand statistical exactness in such a context would be to require what is never required in similar cases.” ((Lightfoot, St. Paul’s Epistles to the Colossians and Philemon, 163.)) Let’s allow dispensational commentator Norman L. Geisler to address the meaning of the passage:

“to every creature under heaven. This is obviously a figure of speech indicating the universality of the gospel and its proclamation, not that every person on the globe heard Paul preach. In Acts 2:5 this phrase describes countries without including, for example, anyone from North or South America (cf. Also Gen. 41:57; 1 Kings 10:24; Rom. 1:8).” ((Norman L. Geisler, “Colossians,” Bible Knowledge Commentary, 675.))

All the commentators Ice quotes understand that the passage is not meant to be interpreted literally. Unlike Ice, they admit that these global phrases mean nothing more than the world in which Paul and the early church lived. Ice is so intent in defending dispensationalism against its many interpretive problems that he selectively quotes commentators. His use of Lightfoot is the most egregious example. Paul was simply using hyperbole to make the case that “the gospel did spread with remarkable swiftness in the comparatively few years after Pentecost, and no one can state precisely just where its geographical limits were.” ((Homer A. Kent, Jr., Treasures of Wisdom: Studies in Colossians and Philemon (Grand Rapids, MI: Baker Book House, 1978), 57.)) This is why dispensational commentator Homer A. Kent, Jr. can also claim that “the statement is a legitimate use of literary hyperbole, and should be regarded as a generalization not requiring statistical exactness.” ((Kent, Treasures of Wisdom, 57.))

These passages state what Ice denies. They couldn’t be any clearer and harmonize perfectly with what Jesus told His disciples in Matthew 24:14.

To All the Nations

One last argument that needs to be dealt with is Ice’s understanding of Romans 16:26. In Last Days Madness and Wars and Rumors of Wars I argue that this passage fulfills the demands of Matthew 24:14 since Paul declared that the gospel had “been made known to all nations,” a direct fulfillment of Matthew 24:14 (Rom. 16:26).” Ice disagrees by stating the following:

[A]s virtually every commentary will tell you, the purpose of Paul’s mystery about the Gospel is so that it reaches throughout the world. ((Leon Morris, The Epistle to the Romans (Grand Rapids, MI: Eerdmans, 1988), 547.)) H.P. Liddon says that “to all the nations” speaks “of the range of destination. Among all the heathen peoples.” ((H.P. Liddon, Explanatory Analysis of St. Paul’s Epistle to the Romans (Minneapolis, MN: James and Klock, [1899] 1977), 307.)) “Having revealed this truth to Paul, God ordered it preached to all the Gentile nations.” This passage informs us that the Gospel message has been introduced into the entire world and was intended for every human being throughout all creation. This statement could have been made on the day of Pentecost when the Church was born since it speaks to the fact that the Gospel mystery tells us that it is not just for Jews, but will include Gentiles as well.

How many times have we seen Paul use global language to express what he states again in his doxology at the conclusion of Romans? He thanks God for the Christians in Rome (1:5) because their “faith is being proclaimed throughout the whole world” (Rom. 1:8). He tells them that “their voice has gone out into all the earth, and their words to the ends of the world” (10:18). Here’s another passage Ice does not mention:

By common confession, great is the mystery of godliness: He who was revealed in the flesh, Was vindicated in the Spirit, Seen by angels, Proclaimed among the nations [ἔθνεσιν], Believed on in the world [κόσμος], Taken up in glory (1 Tim. 3:16).

We have seen how Colossians 1:6 and 1:23 use similar language. Given Ice’s penchant for being a literalist, it’s rather surprising to read how he dances around these global-language texts.

Ice’s claim that “the purpose of Paul’s mystery about the Gospel is so that it reaches throughout the world” states the obvious and says nothing about this debate. The question remains: Did the gospel reach throughout the then-known world prior to that pre-AD 70 generation passing away? Paul and other New Testament writers say it did! To admit this, Ice would have to abandon dispensationalism.

Once again, Ice quotes the commentators selectively. For example, he references Morris as saying the “mystery about the Gospel is so that it reaches throughout the world.” I agree. But as we’ve seen, the New Testament’s understanding of “world,” whether oikoumenē or kosmos, says this is a done deal in terms of what people understood these words to mean in their day. Contrary to Ice, Morris writes that “the gospel has been made known, and been made known to the Gentiles [nations/ἔθνη] (cf. 1:5).” ((Morris, Epistle to the Romans, 547.))

Jesus said the gospel would be preached “in the whole oikoumenē for a witness to all the nations” (Matt. 24:14) before “this generation” – their generation – passed away, that is, prior to the destruction of Jerusalem in AD 70. It was fulfilled just like Jesus said it would be. Does this mean we should stop preaching the gospel? Not at all. It does mean that the gospel was made known to the world of that time as a witness to the finished work of Jesus Christ. Now it’s our job to take the gospel to the world to “make disciples of the nations” (Matt. 28:18-20).

Neither Ron Rhodes nor Thomas Ice can reconcile their futuristic claims with what the Bible states.