Socialism is all the rage, but few people really know what it is and how it doesn’t work over the long haul. This is especially true of Millennials. “These days, if you hear people spouting the benefits of socialism, don’t assume that they’re talking about the socialism you probably loathe. They’re more likely talking about promoting big government — and more of it.” (The Hill)

We already have big government – lots of it. These young people are used to getting free stuff from the State: free education, free healthcare, free food, subsidized housing, Aid to Families with Dependent Children (AFDC), and more. 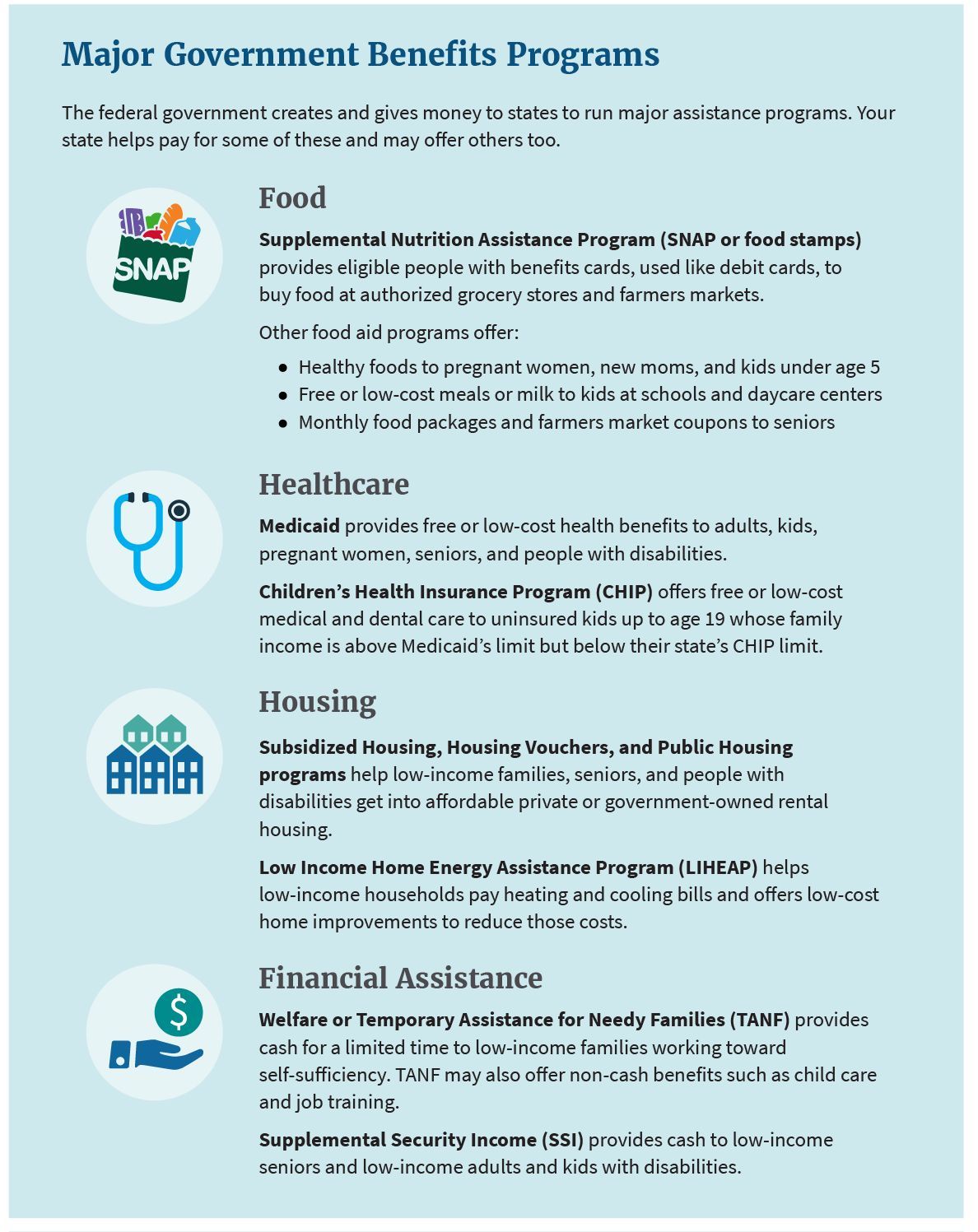 Statistically, some people always benefits under Socialism. Money taken from some people and given to other people does benefit the recipients like a bank robber benefits the robbers. There is always a loser.

Notice the opening paragraph of the chart: “The Federal government creates and gives money…” How does the government “create” money? It doesn’t have any money. It must first take money before it can give it away. But it gives away so much money that it must create money out of thin air. That’s why we’re trillions of dollars in debt and why our money has lost its value over the years.

The sad thing is that Christians are falling for the Socialism trap by appealing to the Bible. Big mistake. Reza Aslan is a self-described biblical expert and the author of Zealot: The Life and Times of Jesus of Nazareth. Liberal theologians love his exegesis in the same way that liberal economists love Thomas Piketty’s 700-page Capital in the Twenty-First Century written in honor of Karl Marx’s Das Capital. These books are rarely read. They are most often used as props and clubs as substitutes for sound argumentation. All a critic has to do is say is, “Well, Thomas Piketty destroyed the very idea of capitalism in his book Capital in the Twenty-First Century.”

The skeptic then asks, “Have you read it and do you understand it?”

To which the smug critic says, “I don’t have to read and understand it. Piketty is an ‘expert.’

The same is true with a Reza Aslan’s book about Jesus.

In his speech at the 2014 Indian Summer Festival in Vancouver, British Columbia, Aslan said that Jesus advocated an “absolute reversal of the social order, in which those on the top and those on the bottom will switch places,” using Luke 6:20-26 (see 1:53) for support. It’s most likely that Jesus is describing Israel’s religious and political oppressors.

“This was only supposed to be a stage, though, not the end of all our strivings. At some point, under socialism, people would lose their silly fondness for property, family, religion, and other evils. A ‘new socialist man’ would emerge and then the state would ‘wither away.’ Everyone would enjoy peace, prosperity, and the brotherhood of man. Marx and his acolytes called that final, stateless paradise ‘communism.’”

I know, it can’t happen here. With the radicals who are running for office and some who are already in office, it’s already happening here.

Here’s the problem: “That the state should take care of people is now the most widely held belief in the world. More people believe in big government than believe in the God of the Bible.” (National Review)

Dr. Gary North writes in Treasure and Dominion, his economic commentary on the Gospel of Luke:

Where covenant-breakers are in authority, this kind of persecution can and does exist, but rulers are not always equally self-conscious and consistent in their opposition to Christ’s kingdom. This prophecy applied to the period prior to the fall of Jerusalem in A.D. 70.

Jesus comforted the poor with a promise of better times to come, and He warned the rich of bad times to come. As in the case of the persecutions, the assumption here is that the political hierarchy is run by covenant-breakers.

Jesus spoke to oppressed people. Rome’s political rule was oppressive, and so was the rule of Israel’s religious leaders. Jesus warned, “The scribes and the Pharisees sit in Moses” seat: All therefore whatsoever they bid you observe, that observe and do; but do not ye after their works: for they say, and do not. For they bind heavy burdens and grievous to be borne, and lay them on men’s shoulders; but they themselves will not move them with one of their fingers’ (Matt. 23:2-4).

People like Aslan misread the Bible in ways similar to the people they criticize. Their interpretive conclusions are equally unsound and can lead to disastrous results. “The setting,” North points out, “was political tyranny. This is not a universal standard of private ownership. If it were, this economic principle would subsidize thieves. It is a command for dealing with people who possess political power.”

In a video of his speech, Reza Aslan looks rich compared to the poor he says we should be switching places with. How much does he think the microphone he’s wearing cost and the sound system it goes with and the electrical power grid that makes it possible, and the building where he’s speaking, and the air conditioning, etc? Did he walk to Vancouver? Did he spend the night in a hut? Did he have to hunt for his food? How much did he get paid for his talk? How much did he make on his Zealot book? Did he give all the profit to the poor? How much did the publisher make?

A cure for Ebola and other diseases does not come from poor countries. It comes from countries with means.

Aslan’s superficial reading of the New Testament is a way for him to critique the prosperity gospel message. This can be done without rewriting the entire Bible and descending into theological stupidity.

Jesus said that He did not come to “abolish the law and the prophets” (Matt. 5:17). One of those laws is “You shall not steal” (Ex. 20:15), even if a majority of people vote for stealing. Socialism is the transfer of wealth from some people to other people by force. Neither Jesus in particular nor the Bible generally advocates for such a system.

Gleaning in the Old Testament was a way to help the poor. Even the poorest members of society had to work (Lev. 19:9-10; 23:22; Deut. 24:20-22). Jesus and his disciples practiced a form of gleaning as they walked through grain fields breaking off heads of wheat to eat (Mark 2:23). Gleaning was hard work, and it was not a government program. If people of means didn’t have the fields that could be gleaned, there wouldn’t be anything to glean.

In the film The Boy Who Harnessed the Wind, a Malawian boy named William Kamkwamba (played by Maxwell Simba) saves his village from famine by constructing a windmill to provide water and electricity. All the parts for the windmill were used and discarded – from the bicycle wheel and light to the truck battery and water pump. In a TED talk the 14-year-old gave in 2007, “he explained that since he couldn’t afford his education, he dropped out of school. He found a book in the library called Using Energy that sparked the idea of creating the windmill. The book gave instructions on how to construct one, but Kamkwamba had to get creative with the materials he used.”

He gleaned the materials to make what he needed. It was hard work. He couldn’t glean what was not first produced by someone else.

It’s true that Jesus did say that we should care for “the least of these” (Matt. 25:40). Who are the “these”? The context makes it clear that Jesus’ scope is limited to “these brothers of Mine.” As we’ll see, Jesus expands on those we are to help.

Note that there is no mention of government programs, legislation, or mandates. The directive is aimed at individuals, not faceless and nameless bureaucrats. Certainly, Rome had the power to tax (Luke 2:1; Matt. 22:15–22), and yet Jesus never petitions the Empire to force people to pay their “fair share” in the development of a welfare State. Jesus believed in limited government.

The Good Samaritan is an example of how aid should be handled. The Samaritan took care of the “half dead” man out of his own pocket. He “bandaged up his wounds, pouring oil and wine on them; and he put him on his own beast, and brought him to an inn. . . .” And “the next day he took out two denarii and gave them to the innkeeper and said, ‘Take care of him; and whatever more you spend, when I return I will repay you’” (Luke 10:30–37). 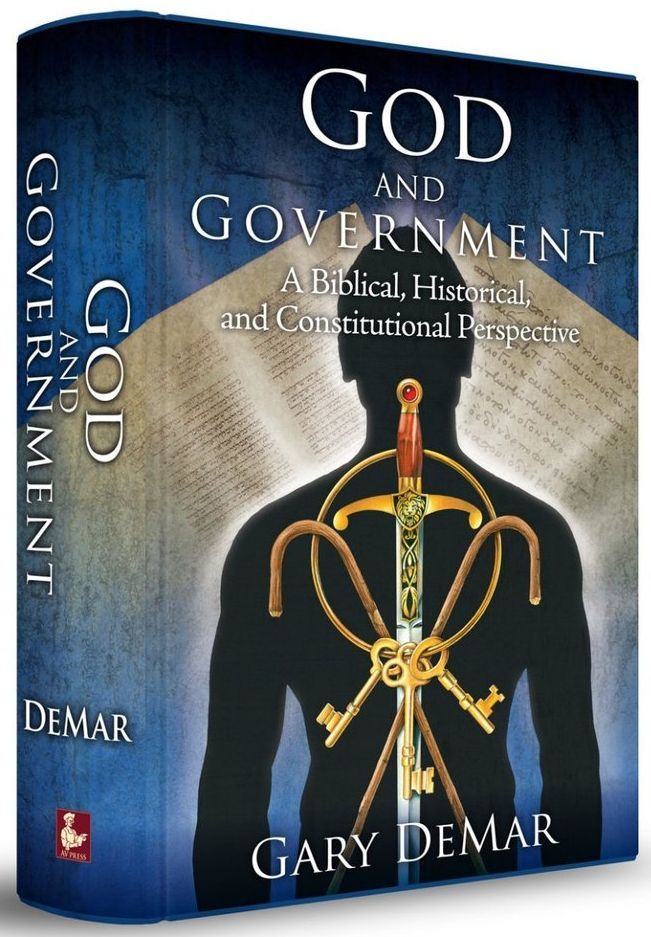 Even the story of the Rich Young Ruler is not about socialism and the poor and rich switching places (Mark 10:17–27). Jesus didn’t use the example of the rich man strangled by his wealth to appeal to Rome to tax the rich so the poor will benefit. If this “switch” were ever to take place, what then?

An appeal cannot be made to Acts 2:44–45 and 4:32–37. These early Christians voluntarily sold their property and used the proceeds to help those in need. Neither the Empire nor the Church had any role in the sale of the property.

No one was forced into giving up his goods and possessions. It was not socialism legislated either by church or state. It does not resemble modern communism in any respect. . . . Ananais was free to keep or sell his property. When he sold it, he had the right to determine whether he would give all of it, or part of it, or none of it, into the treasury of the church for the alleviation of the needs of poor Christians. J. W. Lipscomb is certainly correct when he says, “The program was a voluntary expression of Christian concern for the needs of fellow Christians, and was not a program for compulsory collectivism such as we hear advocated all too often today.” ((Christian Economics: The Christian Message to the Market Place (Houston: St. Thomas Press, 1966), 60.))

The Pilgrims were initially organized as a Collectivist society as mandated by contract by their sponsoring investors. No matter how much a person worked, everybody would get the same amount. It didn’t take long for the less industrious to realize that their diminished labor would net them the same result of the most industrious.

William Bradford, the acting governor of Plymouth Colony, wrote the following in his first-hand history of events:

The experience that we had in this common course and condition, tried sundry years . . . that by taking away property, and bringing [the] community into a commonwealth, would make them happy and flourishing – as if they were wiser than God.

For this community (so far as it was) was found to breed much confusion and discontent, and retard much employment that would have been to their benefit and comfort. For young men that were most able and fit for labor and service did repine that they should spend their time and strength to work for other men’s wives and children without [being paid] that was thought injustice.

This [free enterprise] had very good success, for it made all hands industrious, so as much more corn was planted than otherwise would have been.

Not only is Socialism not found in the Bible, but it’s immoral because it requires theft. It also doesn’t work. “Socialism is a wonderful sounding idea,” famed economist Thomas Sowell said. “It’s only as a reality that it’s disastrous.”