Based on President Trump’s pullout of troops from Syria, it occurred to Anne Graham Lotz, the daughter of famed evangelist Billy Graham, “that there is a war prophesied in Ezekiel 38 that has not yet taken place. When Gog, the prince of Magog — who some people believe is Putin in Russia — they come down from the north and they align with Turkey and Syria and the Sudan and Libya and then they come up and they go against Israel.”

Lotz is following in the footsteps of her famous father.

In his 1983 book Approaching Hoofbeats, Graham said that the end was “near.” That was nearly 40 years ago. He published a revised edition in 1992 with the title Storm Warning. Why the revision? Because he was wrong about world events in the 1983 edition like so many prophetic speculators before him who read the Bible through newspaper headlines instead of paying attention to biblical time indicators, audience relevance, and historical context.

There are many problems with Lotz’s interpretation of the famous but repeatedly debunked Gog and Magog prophecy.

The most obvious problem is that the battle of Gog and Magog, in the dispensational system Lotz believes and teaches, doesn’t take place until after the thousand-year period described in Revelation 20: 7-8.

When the thousand years are completed, Satan will be released from his prison, and will come out to deceive the nations which are in the four corners of the earth, Gog and Magog, to gather them together for the war; the number of them is like the sand of the seashore.

This means that this battle, following dispensationalism, is at least a thousand years in the future and has nothing to do with what’s happening in Syria or anywhere else.

She was being interviewed on The Jim Bakker Show. (That’s enough to discredit her interpretation.) She added the following:

Ezekiel 38 says, “God has done it,” because he’s bringing them against Jerusalem because he is going to judge them and he’s going to destroy them.

So I wondered, did God move Trump to move Americans out of the way, freeing up Russia to come down like the Bible says they will? Then a friend who is in the news business sent me a picture of our American base in northern Syria that, the day after we left, was filled with Russian troops and they had moved into our base.

They are now in Syria. So I’m just wondering if it’s like a chess board and if the pieces are being moved to set up maybe the last of the Last Days. 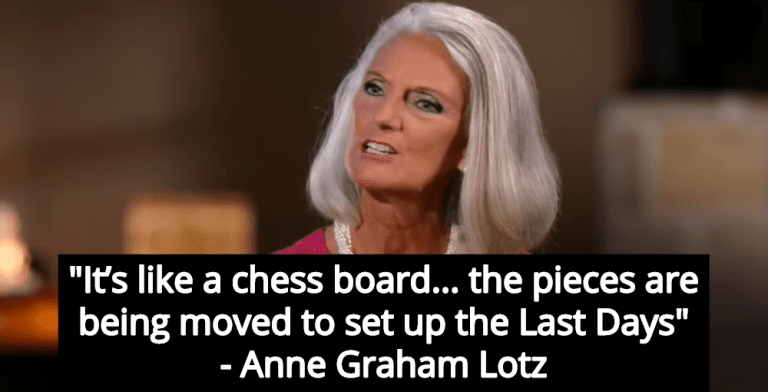 Others are pushing a similar end-time scenario based on Syria and other happenings in the Middle East. Chuck Norris writes, “From my read of scholars and other experts, both political and religious, Syria has played and will play a central role in eschatology…. Former U.S. Secretary of State Condoleezza Rice even warned years ago: ‘The civil war in Syria may well be the last act in the story of the disintegration of the Middle East as we know it.'”

There is nothing in the New Testament about Syria. Any mention of Syria in the Old Testament is fulfilled prophecy as I point out in my book The Gog and Magog End-Time Alliance.

Why is this topic important? Some rabbis and many Christians believe that such an end-time war “is unavoidable” based on the Ezekiel 38-39 prophecy. According to their understanding of the prophecy, there must be a war of an apocalyptic nature that will encompass the globe. How you understand the meaning of Ezekiel 38-39 makes all the difference in the world.

On August 31, 2006, I debated Joel Rosenberg on Mickelson in the Morning, a radio show hosted by Jan Mickelson. Rosenberg won’t debate me again because he knows his position will not stand up to biblical scrutiny.

The claim is made that the Ezekiel prophecy is about Russia and Iran and other current Middle East players. There is no mention of either Russia or Iran in Ezekiel 38 and 39. Finding Russia is based in part on the use of the Hebrew word rosh (ראש‎). Rosh does not refer to Russia. Rosh means “head,” as in Rosh Hashanah, the head or start of the Jewish New year. Below is a chart of how rosh is used in the Bible. 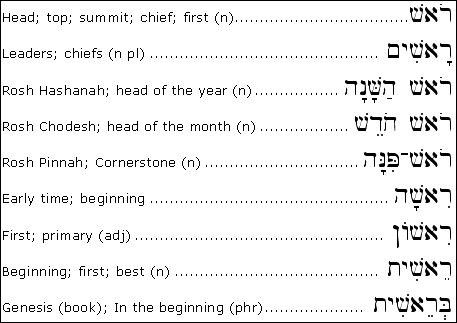 Benjamin Netanyahu is the “head” (or ראש or “prime minister” of the Israeli government as the sign on the podium specifies: 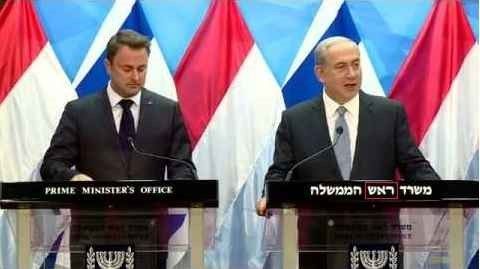 The modern Hebrew spelling of “Russia” (reading from right to left) looks nothing like the Hebrew word rosh. The only common Hebrew letter is resh (r).

Then there’s the problem with the weapons. They are ancient weapons: bows and arrows, spears, clubs, shields (Ezek. 39:9) and chariots (39:20). The claim is often made that God was revealing modern-day weaponry in terms that Ezekiel and the people of his day could understand. Bows and arrows are said to be missiles and rocket launchers. Horses are said to refer to horsepower. Chariots are tanks. All of this from interpreters who claim to interpret the Bible literally.

The way so-called literalists interpret the prophecy, everybody is confused, the people in Ezekiel’s day and our day.

Notice that these invading northern hordes are after silver, gold, cattle, and goods (Ezek. 38:12–13). What did the returning exiles from Babylon bring back to Israel? “silver and gold, with goods and cattle” (Ezra 1:4).

Notice that the prophecy describes a time when there were “unwalled villages” (Ezek. 38:11). Today, Israel is a nation of walls. In the book of Esther, we see that there were Jews who were living in relative peace in “unwalled towns” (Esther 9:19, KJV) when Haman conspired against them. The Hebrew word perazah is used in Esther 9:19 and Ezekiel 38:11. It’s unfortunate that the translators of the New American Standard Version translate perazah as “rural towns” in Esther 9:19 instead of “unwalled villages” as they do in Ezekiel 38:11.

For a detailed study of this topic, see my book The Gog and Magog End-Time Alliance. It’s the most comprehensive study of Ezekiel 38 and 39 that takes seriously the context, the weapons used, the goal of the invasion, and the identity of Hamon-Gog (Ezek. 39:11, 15).

The parallels between Ezekiel’s prophecy, the book of Esther, and other prophetic passages are remarkable. It will change the way you read the Bible.