50 Nobel Prize winners have spoken. It’s the end of the world as we know it, but they don’t feel fine:

In a survey, the brainiacs revealed fears that nuclear war, environmental disaster, and even Facebook pose a risk to the future of our species.

War is always on the list of end-times events. But it took second place to population growth (even though there’s a birth dearth in much of the world) and environmental degradation. They were said to represent “the gravest apocalyptic risk.”

When you dig down through the list, you will find that at the bottom it’s all about money.

“The ultimate insurance policy is to make humanity a multiplanet species,” one laureate said. “And science obviously has a big role to play in that.”

Apocalyptic themes are usually reserved for religious prophecy writers who have made a fortune from end-time books. The multi-volume Left Behind series brought in tens of millions of dollars to its authors.

The Left has learned a lesson from these end-time scare books. Fearmongering is profitable! Create future crisis scenarios and petition the government for money to fix them. It made Al Gore a multimillionaire.

Prophetic date-setting has a long history going back centuries. While there are new threats on the list (e.g., Facebook and Donald Trump), for the most part it’s the usual suspects, with wars and rumors of wars being the scariest, especially with a nut ball who thinks he’s a god leading the oppressive regime of North Korea and threatening the world with nukes.

All this talk about the end of the world is to get people to put their faith in government to save them: “Give us more money and more control and we’ll save you!” Where have we heard that before? “We’re from the government, and we’re here to help you (but it will cost you trillions of dollars and the loss of your liberties).”

For Christians, prophetic speculation has affected their willingness and ability to fight the good fight. If it’s all going down, why bother? Titanic USA is going down. You don’t polish brass or rearrange the deck chairs on a sinking ship.

Every time there’s an earthquake, a storm like Harvey (study the history of the hurricane that hit Galveston in 1900 where 8,000 people were killed, or the Lisbon earthquake of 1755), a stellar phenomenon like a solar eclipse, or a “blood moon,” prophecy prognosticators come out of the woodwork assuring the faithful that the end is near and Jesus is coming soon to “rapture” His church to heaven.

Leftists and fascists love it when millions of Christians think this way. It gives them the chance to take over the schools, the government, social media, music, art, film, and everything else.

In fact, they’ve already done it because Christians claimed the world belonged to Satan!

One of the worst false doctrines that was ever been foisted on the church is the belief that we are living in the last days and Jesus is going to return “soon” to rescue us through a “rapture.”

God has called on His people to apply their faith to this world. When the floods came in Texas, the people got to work. Yes, God could have rescued everyone, but that’s not the way He works.

Some of you may be perplexed and even be angry with what I’ve written, but I can assure you that it has ample biblical support. You might appeal to Matthew 24 where Jesus mentions wars and rumors of wars, famines, earthquakes, and so much more.

But Jesus was not describing some distant generation. He was warning that generation about what was going to happen to them (v. 34). It was a local judgment that could be escaped on foot by going to the mountains surrounding Jerusalem (vv. 15–20).

I’m sure some of you have questions about my interpretation of the above verses and others in the Olivet Discourse. I’ve just published a book that will answer most if not all your questions if you are willing to be a Berean and search the Scriptures to see if what I’ve written is the truth (Acts 17:11).

The book is titled Wars and Rumors of Wars: What Jesus Really Said About the End of the Age. 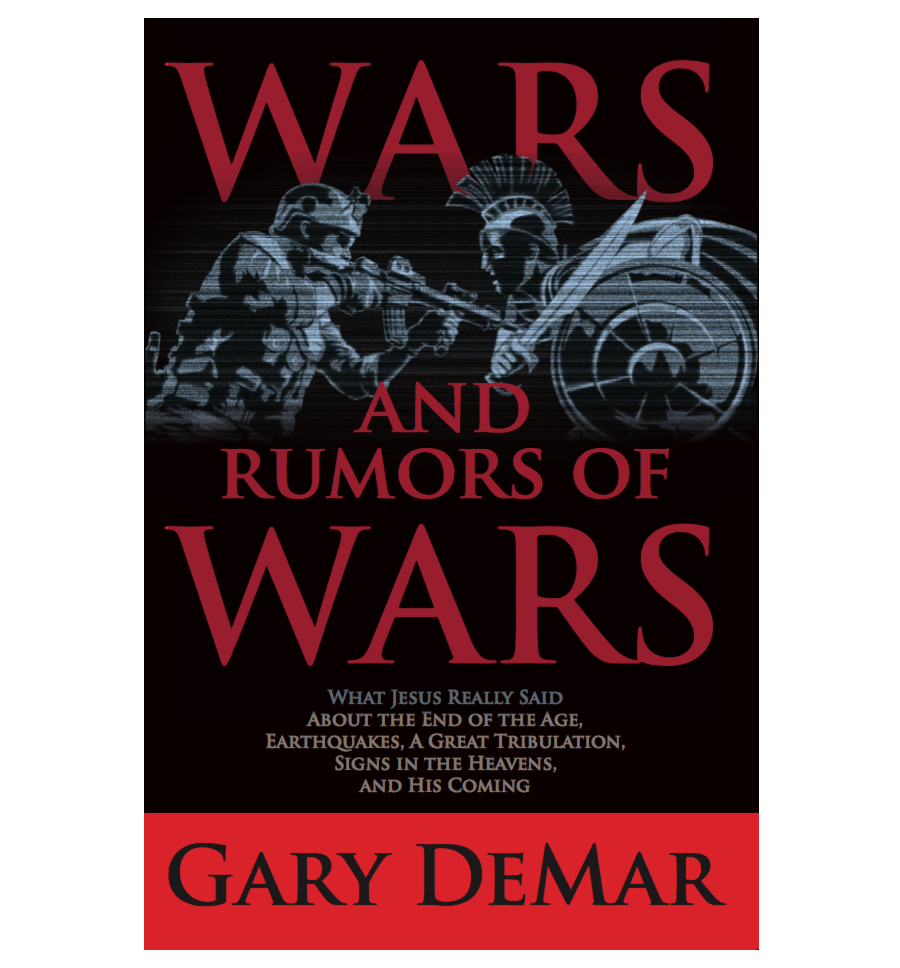 I can assure you, I won’t be making millions for it. Maybe just enough to pay the electric bill and the books I purchased to finish the project.