Everything Obama and Co. does is to grow the State and give it more control and power over our lives.

So why would Homeland Security and later the Justice Department decide not to deport the Romeike family after pursuing the deportation order through the courts where it ended up at the Supreme Court with the nation’s highest court letting the lower court ruling stand?

The Romeikes were initially given asylum, but the Obama administration objected—claiming that German laws that outlaw homeschooling do not constitute persecution. . . . Monday, the Supreme Court declined to hear the Romeike’s appeal—paving the way for the Christian family of eight to be deported. 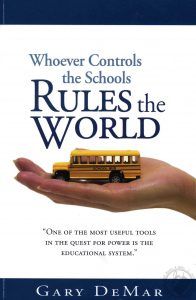 Then the news came out that a supervisor with the Department of Homeland Security called the Home School Legal Defense Association (HSLDA) legal team to inform the organization that the Romeike family had been granted ‘indefinite deferred status.’” This means, HSLDA chairman Michael Farris said, “the Romeikes can stay in the United States permanently (unless they are convicted of a crime, etc.).” (For the best legal analysis of the case, see “Attorney General Holder v. the Statue of Liberty: The Romeike Homeschooling Case” by Dr. Virginia Armstrong.)

We’re all thankful for the outcome, but what legal land mines have been buried through this process?

The legal groundwork for denial of the family is still on the books. Attorney General Eric Holder and the Obama administration argued that there is no fundamental right to homeschool. If this is true, then homeschooling families in the United States are in jeopardy. Given the argument of this administration, homeschooling is allowed at the discretion of the State.

Michael Farris comments on how Holder and the DOJ attorneys have twisted what it means to be free:

If everybody is prohibited from homeschooling, then no one’s individual rights have been violated. This is Obama-leftist-logic at its most refined.

So the “there is no fundamental right to determine the education of one’s children” is in the legal pipeline. It’s on the shelf for the next attempt for somebody to say no to the Leviathan State.

Obama and Co. saw an ideological war brewing among conservatives and Tea Party types. Those supporting the Romeike family were talking about civil disobedience in defiance of a government that denied a single homeschooling family amnesty for long-standing constitutional reasons while pushing for amnesty for 20 to 30 million illegal aliens was a direct attack on conservatives. It was, “we’ll show you who’s in charge when you defy us.”

The Democrats do not need this headache in an election year.

In addition, Obama and Co. come out looking like the good guys by issuing the directive to permit amnesty, a directive that could be taken away at any time after the election if Germany and American “Progressives” make a fuss.

Here’s how one person put it:

So this administration gets the law they want, and they get to come out looking like the kind and merciful savior. I think the administration is hoping that we’ll all clap and cheer, and thank Obama for his kindness, and then move on, forgetting about the incredible violation of parental rights they made by pursing this case in the first place. We definitely need to not become complacent over this latest announcement!